discuss developments in the anarchic nation stricken now with drought and famine.

"A solution to the human suffering and a stabilisation of the security situation in Somalia can only be found in the long term through a political solution," the Danish foreign ministry said in a statement announcing the meeting.

The ministry added that the talks to be held Thursday and Friday would address a long list of problems, including the humanitarian crisis, the withdrawal of the Al-Qaeda-linked Shebab rebels from the capital Mogadishu and the challenge presented by piracy off Somalia's coast.

At the same time, the ministry said the group would study the implementation of a recently agreed roadmap to achieve a stable government in the war-torn country. 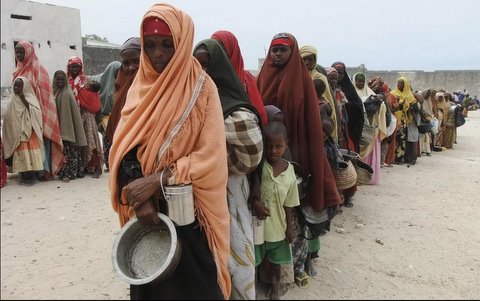 MOST OF THE VICTIMS ARE WOMEN AND CHILDREN

Some four million Somalis have been hit by famine and 750,000 could die, according to the United Nations. And the international community has increasingly denounced the Shebab for preventing aid to reach the needy, forcing a massive exodus to Kenya and Ethiopia.

It remained unclear Tuesday who would represent Denmark, which currently only has a caretaker administration while the centre-left parties that won September 15 elections try to hammer out a new government.

The Copenhagen meeting follows a conference in Mogadishu at the beginning of the month under the auspices of the African Union Mission to Somalia (AMISOM).

At that meeting, members of Somalia's Transitional Federal Government, whose mandate ends next August, agreed on a roadmap to create a functioning government and end Somalia's more than two decades-long civil war.