OKLAHOMA CITY - A Muslim U.S. Air Force veteran, who had trouble entering the country last year to visit his ailing 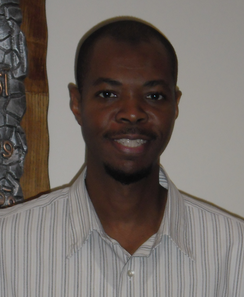 mother, was barred Wednesday from boarding a flight in Oklahoma City to return to his home in Qatar.

Saadiq Long, an American citizen, told The Associated Press he attempted to board a Delta flight at Will Rogers World Airport but was denied a boarding pass.

"I think about three police officers arrived after that," Long said. "It was very, very strange, by the way, and very intimidating."

Lt. Jay Barnett, a spokesman for the Oklahoma City Police Department reached after business hours, couldn't confirm that police were sent to the scene, but said officers assigned to the airport would be summoned for a security concern.

After the police encounter, a U.S. Transportation Security Administration agent told Long he couldn't board a plane but did not give him a specific reason, Long said.

Adam Soltani, director of the Oklahoma chapter of the Council on American-Islamic Relations, who had joined Long for his departure, said they asked, "Well, who do we contact?" They then were referred to the FBI, Soltani said.

Long said his lawyer has attempted to reach the FBI, which maintains a no-fly list.

FBI spokesman Rick Rains in Oklahoma City declined comment when reached by the AP. And Delta Air Lines did not return a call for comment.

TSA spokesman David Castelveter said: "It's my understanding this individual was denied a boarding pass by the airline because he was on a no-fly list. The TSA does not confirm whether someone is or is not on the no-fly list, as that list is maintained by the FBI."

Long said he had been visiting his mother, who suffers from congestive heart failure, for several months. He was attempting to return to Qatar, where he lives with his wife and children and teaches English. He intended to travel via Amsterdam.

Long said last year he also had difficulty entering the country and that the FBI harassed him and his sister after his arrival. The harassment stopped after Long requested a Department of Justice inquiry, Soltani said.

Long's lawyer, Gadeir Abbas, sent a letter to the FBI in January informing an agent of Long's plans to return home.

"Mr. Long requests that he be accorded the same right given to millions of American citizen travellers every day: the right to board a plane," Abbas wrote. "It is Mr. Long's sincere hope that, by informing the FBI in advance of his departure from the U.S., he will avoid the travel difficulties that have caused his family so much hardship already."

Long said he plans to stay in Oklahoma City until the FBI instructs him on what he can do to fly. He said he needs to get back soon to support his family.

"Two months and they still can't tell me why I can't fly," he said. "Of course, I'm willing to go through whatever it takes."