The number system what we use today (1,2,3,4,5…) is called Arabic Numbers System. We also have Roman

Numbers System (I, II, III, IV, V, …) which is rarely being used.
Have you ever thought WHY One is 1, Two is 2, Three is 3 … and so on?
It is all because of Angles. Yes, it is the number of angles in each letter.
The following image has ancient Arabic numbers. All the angles that are formed in these letters are mentioned by the letter o. 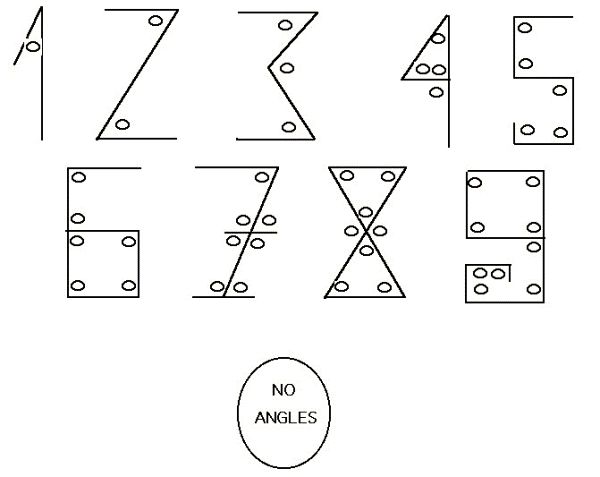 Ancient Number System - Arabic Letters
The number of angles gives meaning to each letters.
Number 1 has one angle
Number 2 has two angles
Number 3 has three angles
….
and so on.
Observe the letter Zero. It has no angles.
Click Here:  OPOW Slide Show