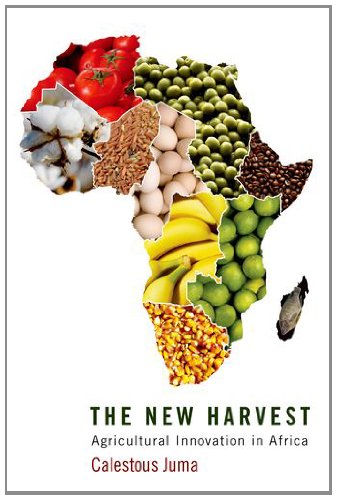 A new study has revealed that Africa, the world’s poorest continent can make the transition from a hungry importer to self-sufficiency in a single generation.

University Professor Calestous Juma, is in contrast with entrenched, gloomy perceptions of the continent, and present a clear prescription for transforming sub-SaharanAfrica’s agriculture to improve the economy.

Preliminary results of the studies, financed by the Bill and Melinda Gates Foundation, were adopted earlier this year by the 19-member Common Market for Eastern and Southern Africa (COMESA), the continent’s largest trading bloc.

Juma, who is a professor of International Development at Harvard Kennedy School’s Belfer Centre for Science and International Affairs, said with its vast untapped resources, Africa enjoys tremendous potential and opportunities but remained characterized by persistent food shortages, which may be worsened by climate change unless efforts to change direction are stepped up.

“We have come to the end of a century of policies that favoured Africa’s export of raw materials and importation of food. Africa is starting to focus on agricultural innovation as its new engine for regional trade and prosperity,” he said.

The doctor added that Africa had abundant arable land and labour which, with an agreed common approach and sound policies, could translate into greater production, incomes and food security.

“The plan would combine the use of modern science and technology, infrastructure expansion, improved technical education, and stimulation of business development. By focusing on women and rural prosperity, Africa would create a more inclusive agricultural revolution.”

The report was launched at a retreat of East African Community (EAC) Heads of States in Arusha Tanzania, attended by Tanzanian President Jakaya Kikwete, Presidents Paul Kagame of Rwanda, Pierre Nkurunziza of Burundi, Mwai Kibaki of Kenya and Yoweri Museveni of Uganda.

Discussion topic was on policies and strategies to address persistent food insecurity in East Africa in light of climate change.

Experts are preparing a blueprint for sub-Saharan Africa’s transition from a food importer to exporter, starting with expansion of mobile communications, transportation, energy, technical education and regional markets.

The strategy calls on governments to make African agricultural expansion central to decision making about everything from transportation and communication infrastructure to post-secondary education and innovation investment.

Some of the key elements to be used include use of modern technologies and investment in geographical sciences for improved natural resource management, expansion of infrastructure, improved technical education especially for women and creation of new enterprises.

Others include harmonization of trading practices that extends regional markets, close cooperation between government, industry, academia and civil society in policy formulation and implementation and leadership by presidents and prime ministers.

Prof. Juma said an African agricultural revolution is within reach, provided the continent can focus on supporting small-scale farmers to help meet national and regional demand for food.

Political support is strong and growing as African presidents start to pay attention to the importance of agriculture in overall economic transformation.

According to “The New Harvest,” global agriculture over the past 40 years has been characterized by per capita food production growth of 17 per cent and total production up to 145 per cent. African agriculture in that time has gone in the other direction: Production of coffee, cocoa and other export commodities has grown, but food production has dropped 10 per cent since 1960 because of low investment in the sector.

Agricultural yields, farm incomes and poverty rates were stagnant and in some cases worsened during those four decades. Although 70 per cent of Africans are engaged in farming, production is so low that nearly 250 million people, one-quarter of the population, are undernourished – a figure that has risen by 100 million since 1990. One-third of sub-Saharan Africans are chronically hungry, while drought, soil degradation and disease appear endemic.

Only four per cent of the continent’s cropland is irrigated. Fertilizers, pesticides and high-quality seeds are expensive and in short supply. Only a small minority of farmers uses machinery that’s commonplace in Europe and North America. Deforestation is spreading as farmers seek to replace exhausted fields.

Water and energy supplies are often inadequate. Poor roads make it difficult to bring supplies and expertise to farms and get their produce to markets.

Government policies, lack of investment, bloody conflicts, the HIV-AIDS epidemic and the global financial crisis all add to the problem. In turn, agriculture’s poor performance hamstrings the rest of Africa’s economy.

Prof. Juma says, “it’s important to see past the problems to recognize Africa’s immense land, water and energy resources. It is the only continent with arable land readily available to expand agriculture. Southern Sudan alone could feed all Africans if properly developed.