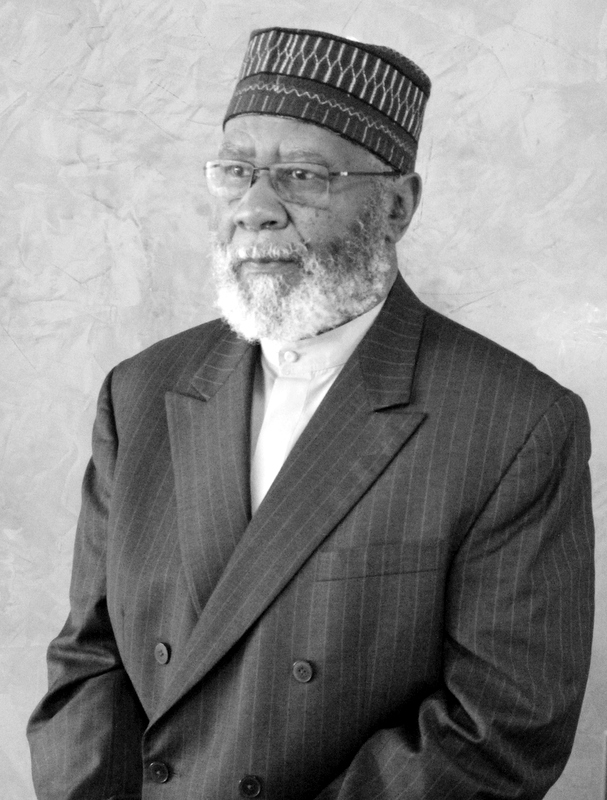 Bilal Mahmud
Bilal Mahmud Is A Member Of The Atlanta Association Of Black Journa...

Origin:  72.9% ... Sub-Saharan Africa... Expanding from Senegal to Nigeria, West Africa...composes about a fifth of the African continent. West Africans have a long shared history, and were united by large empires such as the Ghana Empire, dating as far back as the eighth century AD. Other empires later succeeded, making Western Africa a region of strong common heritage.

Extending from Senegal to Cameroon, western Africa is home to nearly 380 million people. For over a millennium before European colonization, western Africans were united under a series of powerful empires, resulting in broad similarities in music, clothing, art, and cuisine. Today, many African-Americans are descendants of enslaved western Africans who were transported to North America between the sixteenth and nineteenth centuries.

Bilal Mahmud was born in Richmond, Va. and lived there for the first 6 years of his life.  At the age of 6 he moved to rural North Carolina, to a small town on the Virginia line named Roanoke Rapids , N.C. He resided in North Carolina until 1969 at which time he enlisted into the United States Marine Corps.  While in the Marine Corps, one of his duty stations was South Vietnam, where he was introduced to and became interested in Islam.  Upon returning from Vietnam Bilal became Muslim.
After returning home from Vietnam Bilal attended and graduated from BBC in 1973,(Blackwell Business College) located in Washington, D.C., majoring in Business Administration.   Blackwell Business College, a Christian Business College, located in Washington, D.C. helped him not only understand how to make a living, but also how to live.  As Dr. Susan Blackwell (Dean of BBC) always said "If you know how to live, you will be able to make a living" . Shortly after graduation he reverted to Islam.

Upon reverting to Islam in 1393 A.H. (1973) Bilal became a member of the Islamic Party in North America.  While in the Islamic Party he received his basic education on the basic tenents of Islam.  Much of that training  was based on the methodology of the classical schools of Islamic training that date back to the time of the Prophet Muhammad.(PBUH)   The period of this basic training lasted for approximately 2 years.

In 1395 A.H. (1977) Bilal and his family moved to the Atlanta area at which time he became involved in the building of the Islamic community in Atlanta.

In 1400 A.H. (1981)  he began working with what is now known as the Al-Farooq Masjid of Atlanta (The Atlanta Mosque Inc. History Of Al-Farooq Masjid Of Atlanta, Ga. ) organization.  With 6 other dedicated Muslim brothers he began to establish the institution that has become known as the Al Farooq Masjid of Atlanta.  In 1400 A.H. the first Masjid built from the ground up in the Atlanta, Ga. Muslim community, was established by the Al-Farooq organization.  Shortly after the establishment of the Masjid there arose an apparent need for an Islamic School to further educate the next generation of Muslim.  This need was satisfied by the establishment of the Dar un Noor school of Atlanta.

By the grace and mercy of Allah, Bilal was one of the four Khateebs of the Al-Farooq Masjid  Jummuah for the 20 year period running from 1400 to 1420.  During this period also Brother Bilal was involved in the social services section of the Masjid, which administrated the distribution of Zakat in the Al-Farooq community. Also during this period brother Bilal personally oversaw the distribution of Zakat to need Muslim families all over the Atlanta metro area.

From 1422 to 1424 A.H., (2000-2002)  brother Bilal enrolled in the Islamic studies program at the American Open University (a sister University to Al-Azhar University of Cairo, Egypt) in Falls Church , Va.  where he studied the subjects of Islamic jurisprudence, Islam History,Arabic Language,  Islamic Belief and many other subjects offered by the University.

In 1426 A.H.(2004) there was life changing event that opened even more opportunities to serve the cause of Islam in America.  During August 2004 the U.S. Government without any probable cause labeled Bilal Mahmud as a treat to nation security. These charges were larged with no due process. Bilal had never been arrested in his life, or had he ever been charged with any crime.  He had not had even a traffic ticket in over 20 years.    It was not the nature of Bilal to passively accept this label placed on him, only because of his name or religion.  During that same year Bilal file a lawsuit against the federal government of the United States, in the federal court. While that lawsuit was being deliberated he had a congressional hearing with Congressman John Conyers (D - Mich.).  This hearing gave his case much needed publicity, but the  government would not concede. The court denied the case resulting in Bilal and his legal team filing an appeal in the federal court in Atlanta.  Due to the atmosphere in America with regards to Muslim in America, the case had to continue to the U.S. Supreme Court.  Bilal Mahmud's case was put on docket for 2009. (CaseNo. 07-1585, U.S. Supreme Court of The United States of America)  During this period of litigation there was continued communication with the U.S.  Department of Justice , attempting to resolve this matter amiably. After 5 years of continuous legal battle the case came to an end with an amiable agreement being reached between the plaintiff Bilal Mahmud and the defendant Department of Homeland Security.  (Full Story Bilal Mahmud)

Out of every situation there come much good.  We just have to get past the immediate discomfort and find that good that Allah has intended for us.  During the 5 year legal battle, Bilal leaned the importance of having an advocate for one's cause when engaged in a legal battle. This being the case he came to the conclusion that it was imperative to establish such an apparatus to propagate   the causes of different struggles for parity around the world.  In 2006 he began to blog on the blog Palestinian Mothers.  Having very little knowledge of just how to blog and to do layout, Bilal became the student of the editor of that blog and she taught him all the important aspects of posting to ones blog.  In 2008 the Palestinian Mother stopped posting and went into another direction.  This opened the door for another blog to be established that would be reflective of the views and aspirations of  Bilal Mahmud, and those who thought and felt as he did about situations around the world regarding oppressed people.  To satisfy this need he established the blog Oppressed Peoples Online Word.  The format of this blog deals with news and information that affects the Muslim world, Africans, and African American, that one does not find in the mainstream media.  Once the blog was started Bilal realized how important photography was in relating the news, to satisfy this need he began to shoot many of the photos that we now see on Oppressed Peoples Online Word, especially those dealing with local rallies, related to  struggles around the world, that take place in the Atlanta, Ga. area.

We would like to conclude with all praise is to to Allah, Who guided us to this Religion and, Who has allowed us to be a servant of humanity for over 40 years.  This in and of it's self is an honor.  We pray that Allah will continue to allow us to serve in His cause and we hope for our reward in the hereafter that He will be please with us and our efforts.

We pray that Allah will enable us to continue this work until the death finds us...

Your Brother in Islam,
Bilal Mahmud

Zakat U.S.A.  is a non-profit (501(c) (3) tax exempt) benevolent organization helping  the needy in U.S.A.  We need your help to continue to do this work.  If each of us committed $20.00 per month to this effort it would do much good in the community.  Please consider donating today:
WE NEED YOUR HELP SO WE CAN HELP!  PLEASE DONATE TODAY ZAKAT U.S.A.
اضغط هنا:
Zakat U.S.A. At A Glance OPOW
Donate To Zakat U.S.A. Donations Tax Deductable
ZAKAT USA ON FACEBOOK

American Muslim Veteran On Docket U.S. Supreme Court
Down through the ages, men have found the justification for the ill treatment of their fellow man, in the name of “protecting their governments, or the people of the society at large.
Something is wrong when we can justify taking away one human beings basic rights, and his protection under the law, for unjust persecution.
Where ever or when ever we witness such gross injustices we must respond accordingly.  To keep silent is criminal in and of it’s self.
For the past 3 years and 11 months, I have been in pursuit of that illusive entity known as “justice”, this journey has thus far yielded the following results.
Bilal Mahmud
(Petitioner)
V.
Justin P. Oberman
(Respondent)
Notice is Hereby Given pursuant to Rule 12.3 that a petition for writ of Certiorari in the above entitled case was filed in the Supreme Court of The United States on April 14, 2008, and placed on docket June 20, 2008.  Pursuant to Rule 15.3, the due date for a brief in opposition is Monday, July 21, 2008
To each of you, near and far, big and small, I would like to extend my most sincere thanks and gratitude.  This accomplishment would not have been possible without the help of Allah Most High and the sincere believers like each of you.  May Allah give you a good reward in this life and in the hereafter.
I humblely request that you continue to pray for our continued success.  “The Struggle Continues”
Your Brother in Faith
Bilal Mahmud Docket for 07-1585
Title: Bilal Mahmud, Petitioner v. Justin P. Oberman
No. 07-1585 United States Court of Appeals for the Eleventh Circuit
Petition for a writ of certiorari filed. (Response due July 21, 2008)
Waiver of right of respondent Justin P. Oberman to respond