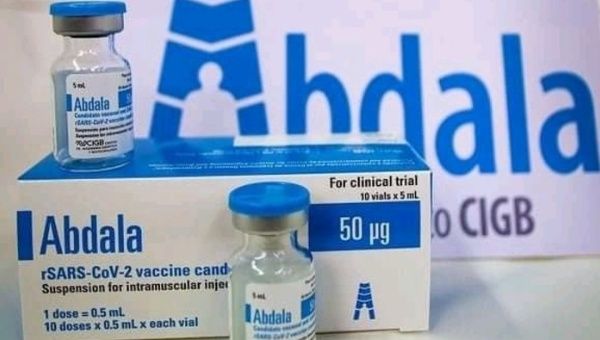 Following last week's visit of the Vietnamese president to Cuba, a supply agreement for 5 million doses was signed.

BioCubaFarma, the conglomerate of Cuban public enterprises in the biotechnological and pharmaceutical area, sent this Friday to Vietnam the first batch of Abdala anti-viral vaccines, designed by the Center for Genetic Engineering and Biotechnology (CIGB) in Havana.

The information appeared in the social networks of the CIGB itself and although it does not detail the exact number of doses, it is about 15 boxes of 20 kg each, which will be transported in a Vietnam Airlines plane, the flag carrier of the Southeast Asian nation.

This shipment follows the agreement signed between the CIGB and the Center for Research and Production of Vaccines and Medical Biologicals (Polyvac) of Vietnam, which includes a contract for the supply and distribution of 5 million doses of Abdala.

Abdala was the first of three vaccines developed and produced in Latin America and the Caribbean, all in Cuba, and received its authorization for emergency use in Cuba last July 9 and in Vietnam on September 17, shortly before the arrival in Havana of the President of that nation, Nguyen Xuan Phuc.

Around 20 million doses of national vaccines have been applied in Cuba, and a significant number of them correspond to Abdala, whose production was brought forward and allowed, since last May, its massive expansion in the country's capital and other cities. 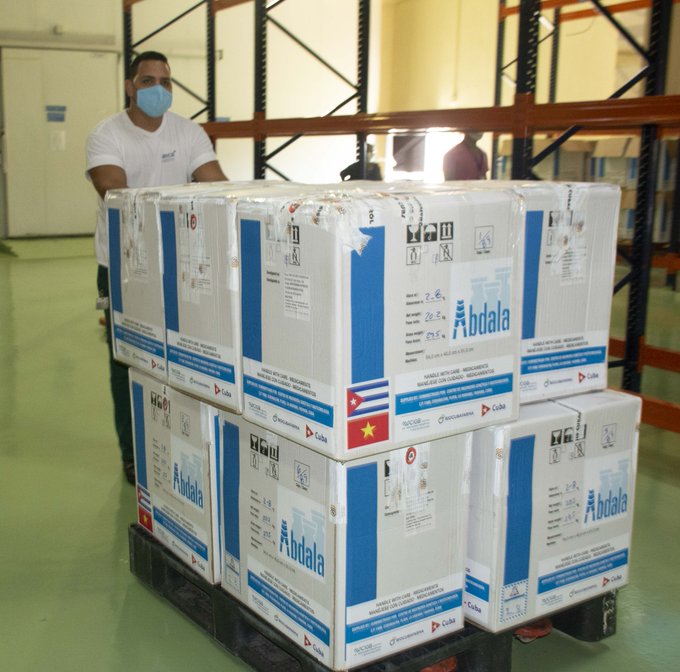 "Cuba sends to the people of Vietnam doses of the Cuban anti-COVID-19 vaccine Abdala, developed by
@CIGBCuba. Its production platform has been used in other vaccines, registered in more than 30 countries and certified by WHO."

This drug is based on the receptor binding domain (RBD) of the SARS-CoV-2 virus spike protein, its most protruding segment, which is why it is known as a subunit vaccine.

In clinical trials, it showed 92 percent efficacy against symptomatic disease and after its massive application in Havana, studies with the whole population showed 90 percent effectiveness in preventing severe cases, in a context of intense circulation of the Delta variant, more contagious and deadly.

According to the CIGB, the technological platform for the production of Abdala, protein subunits, has a 30-year history of development and production in Cuba, since it has been used in other vaccines administered in the country, in the Latin American and Caribbean region and in Vietnam itself.