"It’s Not Just a Matter of It Not Being Polite to Say 'Nigger'": Obama Speaks Out on Racism...

President Obama spoke openly about racism in the United States during a podcast with comedian Marc Maron. In the 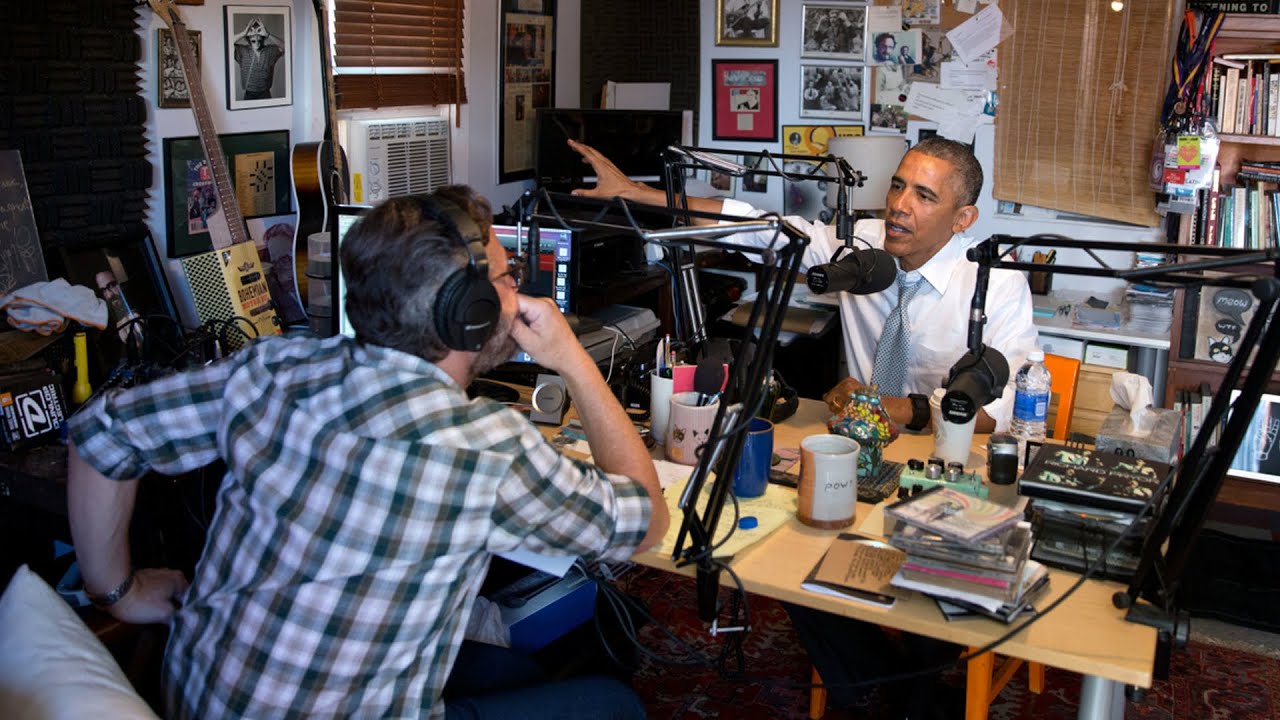 interview, recorded two days after the Charleston massacre, Obama said, "Racism, we are not cured of, clearly. And it’s not just a matter of it not being polite to say 'nigger' in public. That’s not the measure of whether racism still exists or not. It’s not just a matter of overt discrimination. Societies don’t overnight completely erase everything that happened 200 to 300 years prior." We get a response from the Rev. William Barber, president of the North Carolina NAACP.

AMY GOODMAN: We’re speaking on this day after the Republican governor of South Carolina, Nikki Haley, reversed her position and said that the Confederate battle flag must come down off the grounds of the South Carolina state Capitol, but she’s putting it to the Legislature first. I want to go back to President Obama’s interview with Marc Maron on his podcast, WTF.

PRESIDENT BARACK OBAMA: The legacy of slavery, Jim Crow, discrimination in almost every institution of our lives, you know, that casts a long shadow, and that’s still part of our DNA. That’s passed on. We’re not cured of it.

PRESIDENT BARACK OBAMA: We are not cured of, clearly. And it’s not just a matter of it not being polite to say "nigger" in public. That’s not the measure of whether racism still exists or not. It’s not just a matter of overt discrimination. We have—societies don’t overnight completely erase everything that happened 200 to 300 years prior.