Is Humiliation Sometimes Better Than Terrible Costs and Sacrifices?

Three years prior to the 1968 devastating TET Offensive that cost thousands of deaths among both Viet Cong and U.S. 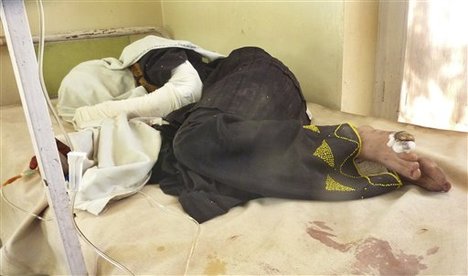 soldiers, including hundreds of innocent civilians, and four years before America was losing one-thousand troops a month, Undersecretary of State George Ball wrote a memorandum entitled "A Compromise Solution in South Vietnam." Ball, in 1965, was one of the few members in President Lyndon B. Johnson's administration who was openly skeptical of the escalating American military campaign in South and North Vietnam. The memorandum sets forth his opposition to a deepening commitment and crisis, a commitment and crises that would eventually kill seven million people throughout Vietnam, Laos and Cambodia.

After first stating no one could assure that American and South Vietnamese armies could beat the Viet Cong or force them to the conference table on America's own terms, especially while fighting in jungle and mountainous terrain at the same time a civil war was occurring in the midst of a population that appeared to refuse to cooperate with white forces, Ball asked this question: "Should we limit our liabilities in South Vietnam and try to find a way out with minimal long-term costs?" He then explained that the alternative would be an open-ended commitment to U.S. forces, an ever expanding military complex and armaments industry, mounting U.S. and Vietnamese casualties, no assurance of a satisfactory solution, and a serious danger of escalation at the end of the road.

"Once we suffer large casualties," warned Ball, "we will have started a well-nigh irreversible process. Our involvement will be so great that we cannot-with out national humiliation-stop short of achieving our complete objectives. Of the two possibilities I think humiliation would be more likely than the achievement of our objectives-even after we have paid terrible costs..."

With regards to America's decade-long wars in Afghanistan and Iraq, military engagements which have spread to Pakistan, Iran, Yemen, Libya, and other lesser-known and underreported places, it seems certain ancient standards have somehow culminated in, have all gathered around and clouded, American ideals and its foreign policies. For example, in ancient times, people felt the need to surrender to the gods what they arrest from nature and produce, even including what they sometimes procreated. Anthropologists speculate that ritual human sacrifice was a means to either satisfy a need to connect with and please the divine, or it was a quasi-magical attempt to manipulate God or the gods. Thus, ancient societies sacrificed their young to try and influence providence.

If American foreign policy thinkers believe human sacrifice is necessary to appease and win-over the gods of war, and that terrible costs are honorable, they have also internalized an ancient ideal about heroism. The Greeks, and other societies, were renowned for what they believed true heroism was, a heroism displayed and proven in combat and on the battlefield. Like a former president who said, "There is no higher calling than to die for your country," these ancient cultures thought it was much more honorable to die in battle than to be taken captive or retreat. Surrendering or running away was viewed as the ultimate humiliation. Some early societies, like the Hebrews, thought the act of humiliating someone, or being humiliated, was the same as killing someone or being killed.(1)

While these ancient civilizations shunned and even sometimes killed retreating warriors, which borders on a kind of primordial natural selection, psychologists have discovered that humiliation and humility can be healthy and beneficial for nations, especially when that nation is a perpetrator, or the one who initiates and executes violence and killing. If American military leaders and politicians would have practiced humility in 1965, as Ball proposed, millions of innocent civilians would not have been killed or sacrificed. Neither would have homes throughout Indochina and America filled-up with orphans, widows, and disabled veterans. An open-ended commitment to U.S. forces, an ever expanding military complex, and a serious danger of escalation would not have occurred.

This is something the new U.S. ambassador to Afghanistan, Ryan Crocker, should consider. In taking the oath of office, he said U.S. forces would start pulling back from Afghanistan-but only very gradually. After warning the nations of Asia that this did not mean America was retreating, he then said there would "be no rush for the exits," and, "The way we do this in the months ahead will have consequences far into the future." While mistakenly connecting Afghanistan with the attacks on Sept. 11 and the reason for America's preemptive war and military occupation, which is now in the midst of a hostile population and contentious parliament and prime minister and judiciary, meanwhile in Iraq the deadline for approving continued U.S. military occupation has passed.

As America faces "several" serious dangers of escalation at the end of the road, due to believing in that salvation will be accomplished through perpetual warfare, a kind of modern-day human ritual sacrifice, and thinking that retreat has a more bitter taste than death, remember that humiliation and humility recognizes and accepts limitations. They acknowledge principles and forces that cannot be controlled. Humility and the experience of humiliation, especially for violent perpetrators, actually produces a greater ability to adapt, to cope, and to be flexible. Humility sometimes limits a nation's liabilities and finds ways out of armed conflicts with minimal short- and long-term costs. It does not seek open-ended violence where there is no assurance of a satisfactory solution, nor does it allow excessive ambition and the absolute power to sacrifice others.

Humiliation serves as a check against a kind of militant arrogance and violent egotism. It prevents those irreversible military engagements, the ones that lead to terrible costs and sacrifices, the ones that fill-up a nation's homes with widows and orphans and disabled veterans.