Playing with Fire in Iran 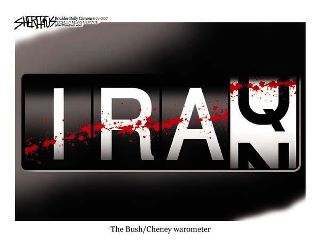 Will America’s next president be enough of a statesman to reach a negotiated compromise with Iran? Will he be prepared to recognise Iran’s legitimate right under the Nuclear Non-Proliferation Treaty to enrich uranium to low levels for peaceful purposes such as electricity generation? Asks Patrick Seale.

Germany, are playing with fire in Iran. At the next meeting of the EU Foreign Affairs Council on 15 October, they are planning to seek agreement from foreign ministers of all member states on a new tough package of sanctions against Iran. They want the European Union to tighten still further the embargo on Iran’s oil exports; prohibit all financial transactions with Iranian banks; take joint measures to prevent Iran from circumventing restrictions on its shipping operations; and ban export to Iran of any materials which might conceivably be used for its nuclear programme.

In other words, they are planning to ratchet up still further the severe economic warfare already being waged by the United States and its allies against Tehran, which has brought painful hardship to the Iranian population in the form of hyper-inflation, galloping prices and a collapsing currency.

The calculation the three Western foreign ministers appear to have made is that, once its economy faces total collapse, Iran will meekly submit to Western -- and Israeli -- demands to dismantle its nuclear industry altogether. They may well be mistaken.

Why are these leading European powers pursuing this course? What has Iran done to them to merit such punishment? It would seem that they believe Iran is seeking to join the exclusive nuclear weapons club. There is, however, no convincing evidence that this is indeed Iran’s ambition. On the contrary, Iran has repeatedly declared that it is not seeking to acquire nuclear weapons and its supreme guide, Ayatollah Khamenei, has issued a fatwa, or Islamic ruling, against any such acquisition. All Western and Israeli intelligence agencies confirm that Tehran has, as yet, made no decision to build such weapons -- although, in view of Israel’s relentless threats, it would not be surprising if Iran were looking for means to protect itself from any such attack.

Iran’s President Mahmoud Ahmadinejad has repeatedly stated -- most recently at a press conference in New York last month during the annual meeting of the UN General Assembly -- that Iran was ready to give up enriching uranium to 20% -- a first and necessary step towards enriching uranium to over 90% for atom bomb manufacture -- if it were guaranteed supplies for the Tehran research reactor which makes material for medical purposes. The Iranian President has made this pledge on several previous occasions, but the Western powers and Israel seem not to have heard him -- or rather they have not wished to hear him -- which raises the suspicion that their real objective is not simply to force Iran to give up enriching uranium to a high level but rather to end all uranium enrichment in Iran and, better still, to overthrow the clerical regime of the Ayatollahs.

Iran is a proud country of some 70 million people. Its history and civilisation stretch back thousands of years. Its population is fiercely patriotic, as was demonstrated during the bitter eight-year Iraq-Iran war. Iranians have not forgotten that in 1953, the intelligence services of Britain and the United States mounted a coup which overthrew the democratically elected Prime Minister Mohammad Mossadeq, because he had dared wrest Iran’s oil industry out of the hands of Britain’s Anglo-Persian Oil Company (later BP). Much of Iran’s historic hostility to the United States and Britain dates back to that arrogant imperial intervention in Iran’s internal affairs. Mossadeq spent three years in jail, and was kept under house arrest until his death in 1967. For most Iranians, he remains a great nationalist hero.

One of the reasons the Shah was toppled in 1979 was because he was seen to be subservient to the West, and especially to Britain and the United States. The Islamic Republic, which emerged after that revolution, puts great value on Iran’s sovereignty and independence. It wants Iran to be treated with the respect it deserves as a major regional power. It has hailed the mastery of the uranium fuel cycle as a triumph for Iranian modernity and scientific progress. In the words of the Iranian political scientist Homeira Moshirzadeh, “Iran’s nuclear policy has become a matter of identity.” No country will willingly or easily give up its hard-won identity.

Does Iran pose a threat to Israel and the world, as Israel and its propagandists maintain? There is certainly no evidence that it does so at present. But if brought to its knees by the West’s crippling sanctions -- if pushed to the limit -- Iran could well hit back in one form or another, triggering a regional war of unpredictable consequences. It is easy to see how this could be the disastrous outcome of America’s current anti-Iran campaign, driven by Israel and its American lobbyists. Instead of acting as a brake on such adventurism, the Europeans -- notably Hague, Fabius and Westerwalle -- are adding fuel to the fire, as if unaware that they are leading their countries into just such an historic blunder as the overthrow of Mossadeq 59 years ago.

Discussing in Foreign Policy magazine last January the reasons for America’s current massive military deployments against China, Clyde Prestowitz wrote: The U.S. “presumes a threat where none exists but where the presumption could become a self-fulfilling prophesy.” One could say the same about American and Israeli policy towards Iran. Rarely in modern times have we witnessed such political folly.

The reckless undeclared war against Iran brings to mind the disastrous Suez War of 1956 when Britain, France and Israel plotted to overthrow the Egyptian ruler, Gamal Abd al-Nasser, only to be disciplined like naughty schoolboys by the then American President Dwight Eisenhower. The Suez debacle brought Britain’s dominance of the Middle East to an end.

Closer to our own time, the undeclared war on Iran bears an alarming resemblance to the propaganda campaign which preceded the catastrophic invasion and occupation of Iraq in 2003, unleashed by U.S. President George Bush and Britain’s then-Prime Minister Tony Blair on the basis of phoney intelligence fabricated by America’s pro-Israeli neocons. Just as Israel and its friends pushed America and Britain into war against Iraq, so -- even more shamelessly -- Israel’s Prime Minister Binyamin Netanyahu has been straining every nerve to push America into war against Iran.

There is no mystery in understanding Israel’s motives: It wishes to dominate the region militarily and has recruited the United States to destroy any rival which might challenge its supremacy.

Will America’s next president be enough of a statesman to reach a negotiated compromise with Iran? Will he be prepared to recognise Iran’s legitimate right under the Nuclear Non-Proliferation Treaty to enrich uranium to low levels for peaceful purposes such as electricity generation? Will he be brave enough to lift sanctions on Iran, which would mean challenging America’s ignorant, venal, brain-washed pro-Israeli Congress? Will he be strong enough to hold Israeli hawks at bay, as well as the slavish neocons?

These will be some of the challenges awaiting Barack Obama if he is re-elected next month -- or possibly, heaven forbid, Mitt Romney!

Patrick Seale is a leading British writer on the Middle East. His latest book is The Struggle for Arab Independence: Riad el-Solh and the Makers of the Modern Middle East (Cambridge University Press).