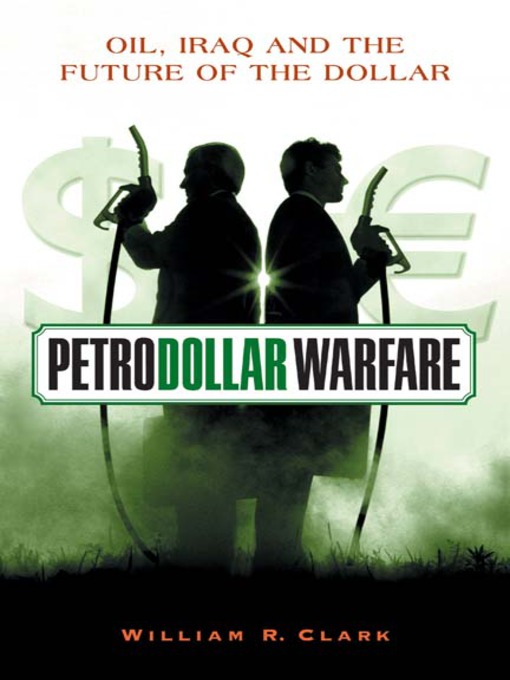 Warfare: Oil, Iraq and the Future of the Dollar"

The notion that Iraq was invaded to prevent the development of weapons of mass destruction, or to combat terrorism, has long been discredited. But a growing consensus believes that Iraq's oil was surely a prime reason for US actions. However, author William Clark argues convincingly in Petrodollar Warfare that the rationale for intervening was not just for control of the oil fields, but also for control of the means by which oil is traded in global markets.

Petrodollar Warfare discusses the crucial shift in US monetary policy during the 1970s away from the gold standard to becoming the monopoly currency for worldwide oil sales, effectively enabling the US to dominate world trade. It then analyses global Peak Oil as an additional driver of US foreign policy and the parallel growth of political fundamentalism in the current US administration. Tracking the emergence of the euro as an important challenger to dollar supremacy, the book pinpoints Hussein's November 2000 switch to selling oil for euros as the defining moment for Iraq and, perhaps - without an immediate change in governance - for the noble American experiment.

William R. Clark is manager of performance improvement at Johns Hopkins University School of Medicine. His research on oil depletion, oil currency issues and US geostrategy received a 2003 Project Censored Award and was published in Censored 2004. He lives in Columbia, Maryland.