On Sunday, March 19, 2017 the Majlis As Shura of Atlanta, Ga. met in Masjid Al Mominoon.  New and old business was 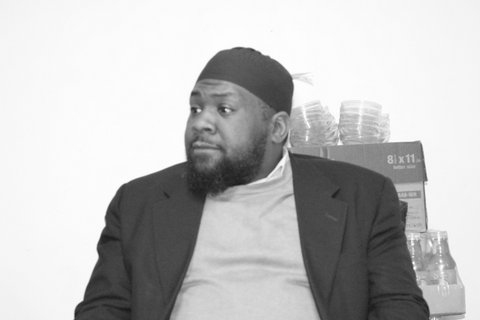 2017 Convener of the Masjlis As Shura of Atlanta, Ga.
Imam Sulaimaan Hamed

discussed under the leadership of Imam Nadeem Suliaman Ali.  The meeting marked the end of the tenure of Imam Nadeem.  Using the shura process the nomination of Imam Sulaimaan Hamed as the new convener of the Majlis was accepted by the full body of Imams present.

Imam Sulaimaan Hamed is the resident Imam of Atlanta Masjid of Al Islam, located in Southeast Atlanta.  Imam Suliamaan  is also a graduate of Abi Noor in Damascus, Syria  along with his other accolades he brings to the position as convener. We pray that Allah will protect our brother and guide him to that which is most pleasing to Allah, and enable him to take the Majlis to the next level.

I am honored to announce the election of

Imam Sulaimaan Hamed Imam of Atlanta Masjid of Al Islam has been elected the convener of the Majlis Ash Shura of Metropolitan Atlanta.

Imam Hamed is A student of Religious Studies, he has taught Arabic and Islamic sciences at the Mohammed Schools and Islamic Theology and Islamic Law for the Faith Institute in Atlanta.

He represents the new generation of indigeneous Muslim leaders  in America.

Imam Hamed received his specialized training under the tutelage of the Grand Mufti Sheik Ahmed Kuftaro of Damascus, Syria at the Prestigious Abu Nour University. Completing courses in Jurisprudence , Arabic, Prophetic traditions. Fluent in Arabic, he is currently the co-owner and operator of Professional Hajj and Umrah Guides, LLC, “Hajj Pros”, a religious-based travel agency specializing in the Hajj pilgrimage to Mecca, Saudi Arabia.

In the capacity of convener he will oversee the meeting of the majlis members monthly meetings, and the coordination of the collective eid prayers.

Join us in welcoming Imam Hamed, and above all keep him in your prayers.