the shooting death of an unarmed, black high school student last month after an argument over loud rap music. 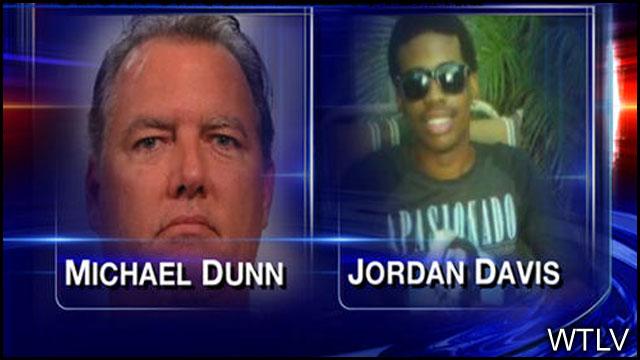 Dunn, who is white, faces charges of attempted first degree murder for firing at the car which contained three other passengers, all friends of Davis.

Dunn was arrested the day after the shooting for second degree murder and pleaded not guilty. He was being held in Duval County without bond awaiting arraignment.

The state attorney's office later decided to upgrade the charge to first degree murder, which in Florida requires a grand jury decision.

Dunn's arraignment on the new charges is scheduled for Dec. 17.

Davis's father, Ron Davis, has pledged to turn his son's shooting death into a crusade against guns and Florida's controversial Stand Your Ground law which allows people to defend themselves if they "reasonably believe" someone will hurt them.

Widespread opposition to the law has emerged after the shooting of Trayvon Martin, also an unarmed, black 17-year-old, in February by neighborhood watch volunteer George Zimmerman in central Florida. Zimmerman, whom police initially declined to arrest, will stand trial next June for murder.

Dunn's lawyer says he fired out of fear for his life when someone in the SUV brandished a shotgun and threatened him.

Dunn and his fiance Rhonda Rouer were in Jacksonville on the night of the shooting to attend a wedding when they stopped at the store to buy a bottle of wine before returning to their hotel, authorities say. They parked next to the SUV containing Davis and his three friends who were listening to rap music on their way home after shopping at Black Friday sales at a mall.

Dunn asked the teens to turn down the volume of the music, but, his attorney said, the teens turned up the volume, threatened Dunn and brandished a shotgun. Dunn grabbed a pistol from the glove compartment of his car and opened fire, before driving away, authorities say. Police said no weapon was found on the teens.

Dunn was taken into custody at his oceanfront townhome about 170 miles (270 km) south of Jacksonville the day after the shooting. (Editing by David Adams and Mohammad Zargham)

OPOW: Ten Years Old And Growing... The Voice Of The Voiceless...