“It is a mercy from your Lord that you are so gentle toward them... 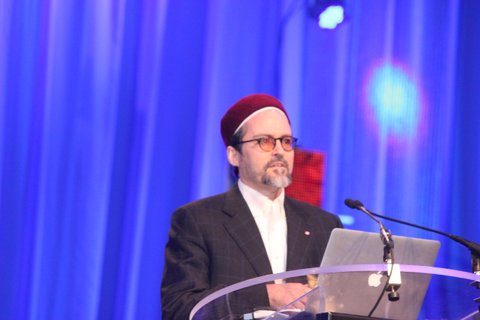 The Qur’an says to the Prophet Muhammad, God’s peace and blessings be upon him, “It is a mercy from your Lord that you are so gentle toward them. If you had been harsh and hard-hearted, people would have fled from your presence” (3:159).

It is indeed the harshness and obstinacy of some overly zealous Muslims, combined with the absence of mercy in their hearts, which is driving people out of Islam and deterring others from considering or even respecting it. They are conducting themselves based upon some misguided adherence to their understanding of Islam. They are uncertain in themselves, and so they feel threatened by anyone who might differ with them; through fanaticism, they attempt to protect themselves from doubt but result in only obscuring their view. Fanatics are blinded by the light of God as opposed to guided by it.

The Prophet, God’s peace and blessings be upon him, warned of these people when he said, “Perish they who go to extremes.” We should try our utmost not to be one of them.