Israel and U.S. Should Attend Durban Summit On Racism...

Since one of the links between power and democracy in free societies is asking questions:(1) "Is it possible to have a 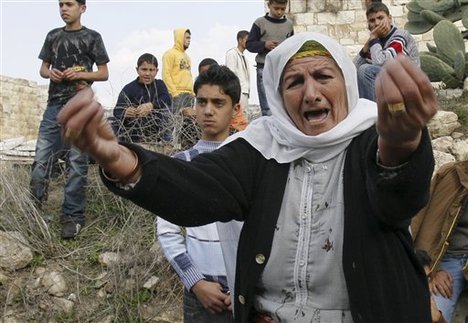 deep respect for the Jews while rejecting Zionism, which appears to be an ethnically racist belief? At the same time, can one still appreciate the United States and its limited freedoms, while disagreeing with a history of American Exceptionalism and brutal conquests? In view of the current Israeli-Palestinian crisis and a viable Palestinian State, these two questions, at the very least, are important to ask. According to these questions and their logical conclusions, it is also the reason both Israel and the United States should attend the Durban III Conference (United Nations World Conference against racism), and why they should reconsider the Durban Declaration.

To verify this, in 1890 the Modern Zionist Movement was founded by the Austrian journalist Theodor Herzl, who organized the World Zionist Organization in hopes of creating a pure Jewish homeland.(2) In his book, "The Jewish State," Herzl wrote, "The Jews have but one way of saving themselves-a return to their own people and an emigration to their own land."(3) While most historians believe Herzl was profoundly shaken by the Dreyfus Affair in France, where a Jewish officer in the French army was falsely convicted of treason on a wave of public hostility toward Jews, it must not go unnoticed that as a secular Jew, he was heavily influenced by Evolution (natural selection) and Social Darwinism, maybe more so, (just as American Exceptionalists were).

Therefore, Zionism and American Exceptionalism embraced a hierarchical classification of all species on the planet, including humans. They adhered to the notion that conflict and wars were good and natural, and that society was well served by the elimination of what were considered inferior and weak specimens, which included certain groups of "uncivilized" peoples. Natural selection and Social Darwinism, or survival of the fittest, were used by Zionists and American Exceptionalists to justify societal progress-even enslavement, segregation, and aggressive acts of imperialism-at the expense of other, lesser, peoples. Whereas Zionism was used to identify efforts to return Jews to their ancient lands, Israel, American Exceptionalism was used to conquer foreign peoples.(4)

Herzl supported natural selection and Social Darwinism when he wrote, "The creation of a new State is neither ridiculous nor impossible. We have in our day witnessed the process in connection with nations which were not largely members of the middle class, but poorer, less educated, and consequently weaker than ourselves." He even segregated Jews themselves, by adding, "The poorest will go first to cultivate the soil...construct roads, bridges, railways, and telegraph installations...The emigrants standing lowest in the economic scale will be slowly followed by those of a higher grade...They will be led by the mediocre intellects which we produce so superabundantly and which are persecuted everywhere." One cannot help but notice Social Darwinism in Herzl's hierarchical views.

In chapter two of Herzl's "The Jewish State," his views of natural selection are clearly evident when he says of Palestine and the people living there, "We should there form a portion of a rampart of Europe against Asia, an outpost of civilization as opposed to barbarism." He later adds that extra-territorial rights should be afforded to European Christians, at the expense of Muslims and Arabs, and that the new Jewish state would be a community of a peculiar and unique race "bound by the faith of our fathers." The history of Zionists and American Exceptionalists has been one of either forcing their ideologies onto others through war, or fear of their ethnicity, religion, collective historical memory, and cultural traditions and norms becoming impure or being challenged by other peoples.

Both Zionists and American Exceptionalists, though, met major dilemmas. Zionists wanted to establish a Jewish nation-state in Palestine, home to millions of Arabs, Christians, and Muslims. American Exceptionalists, on the other hand, thought it necessary to "civilize" much of the world, even if it meant war. The results have been devastating and catastrophic, and have led to political and economic segregation, terrorist attacks, perpetual invasions and military occupations, and a region of the world that is in constant conflict. While Zionists were justifying their conquest of Palestine in 1948, including forcibly removing thousands of Arab-Muslim-Christians with an ancestry that reached back centuries, American Exceptionalists were launching numerous military conquests.

But like some Americans who have challenged American Exceptionalism, Zionism was contested by other Jews. For example, the more Orthodox Jews believed Israel could only come about through divine intervention, and not secular Jewish thought founded on hierarchical orders and natural selection. Liberal Jews believed anti-Semitism would diminish in modern pluralistic-democratic societies, which it has. There was even major disagreements within the Zionist Movement itself. Some believed the creation of Israel to be a biblical fulfillment and therefore, was to be a theocracy ruled by Jewish law. Others saw it as a kind of Jewish haven, an opportunity to build an ideal society based on socialistic and secular principles.(5)

But some, like Israeli author Israel Shamir, have challenged this ideal society. He wrote, "The Jewish state is the only place in the world possessing legitimate killer squads, embracing a policy of assassinations, and practicing torture on a medieval scale. But do not worry dear Jewish readers, we torture and assassinate Gentiles only."(6) (Unless you were Israeli Prime Minister Yitzhak Rabin who wanted to stop Israeli settlements and share land for peace. He was assassinated by a Zionist extremist.) Still, thousands of anti-Zionists and anti-American Exceptionalists protested the 2008 Israeli invasion of Gaza, where cluster bombing and white phosphorous attacks started as school was let out. They could not stomach the deaths of 1,500 Palestinians, of whom over 300 were children.

For decades, Zionists and American Exceptionalists have tried to portray Palestine as a "land without people for a people without land." Of recent, this notion of erasing people has also been applied to Iraqis, Afghanis, Iranians, Pakistanis, and many other peoples. Because the harsh reality of competing claims by Palestinians were never clearly confronted, including a ethnically racial ideology known as Zionism, backed by American Exceptionalism, hundreds of thousands of innocent people have either been forcibly removed from their lands or killed. In 1975, the UN Security Council issued Resolution 3379, which declared, "Zionism is a form of racism and racial discrimination"-an almost unbearable iron for a nation that was founded as a refuge from racist persecution." However, it was revoked in 1991.(7)

What changed the Durban Declaration were boycotts and lobbying efforts by Zionists and American Exceptionalists backed by military superiority and constant warfare. Is this really civilized progress? Instead, it mirrors natural selection and Social Darwinism, mixed with a Jewish and America egocentric ideology where some people are treated as inferior. This is why Israel and United States should attend the Durban III Conference in September, to confront their legacies of racism and imperialism. It would help them realize too the demographic realities of Palestine and the need for a Palestinian State. If Zionists and American Exceptionalists ever want peace, they must realize that the Israeli-Palestinian conflict cannot end without recognizing the authenticity of the "Other" in their land.(8)

The "Other" in their land, of course, is millions of Arab-Muslim-Christians. And again: "Is it possible to have a deep respect for the Jews while rejecting Zionism? And can one still appreciate the United States and its limited freedoms while disagreeing with American Exceptionalism?