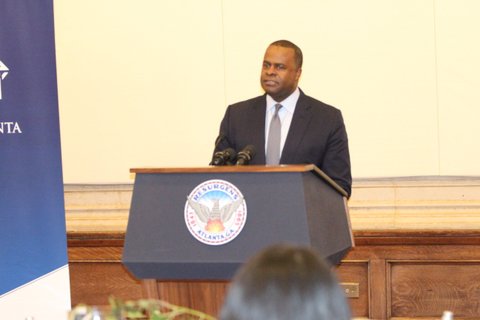 the City of Atlanta.  This  event was a continuation of a long standing American tradition that stems back to the Presidency of Thomas Jefferson.

On December 9, 1805, Thomas Jefferson hosted the first Muslim ambassador to the United States. Sidi Soliman Mellimelli, an envoy from the Beylik of Tanisa  to allow the envoy time to observe his religious tradition.[1] Many such as President Obama [2] and the Houston Chronicle [3] call this incident "the first Iftar dinner held at the White House"

In tune with the above mentioned tradition Atlanta's Mayor M. Kasim Reed, who is the 59th mayor of Atlanta reinstituted  this long standing American tradition.  Mayor Reed reminded the predominantly Muslim audience that events like this  are the cornerstone of making Atlanta the international city it is.  Through implementing programs of diversity  Atlanta has taken it's place on the world stage as an international city, and  is further enhanced in this regard. 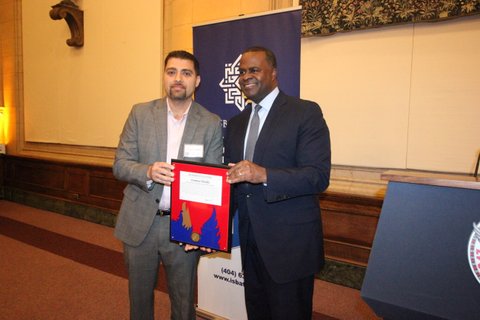 We thank our sister Soumaya Khalifa for her hard work in helping to make this event a reality, and all the workers of ISB. And a special thank goes to our mayor M. Kasim Reed for hosting this Iftar at City Hall of Atlanta.