Today I was honored to receive a very special surprise gift from the director of Harvard University Dining, Smitha Haneef and the Director of Culinary Services at Harvard, Martin Breslin. 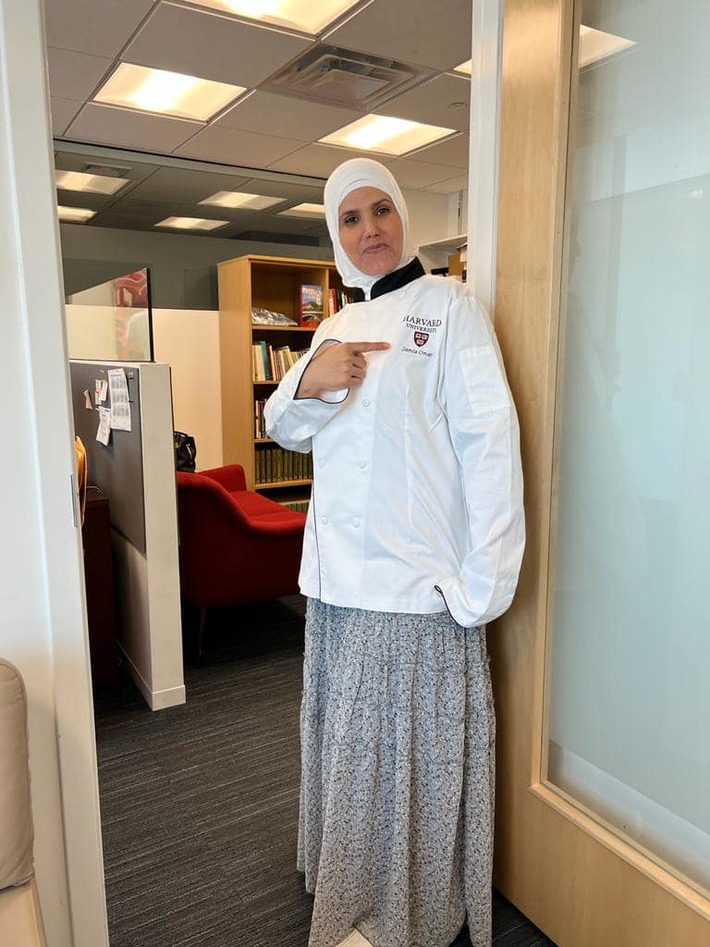 They both gifted me an official chef jacket from Harvard University, with my name embroidered on the front. They special ordered it made from 100% Egyptian cotton and this is what they make for the top chefs at Harvard. 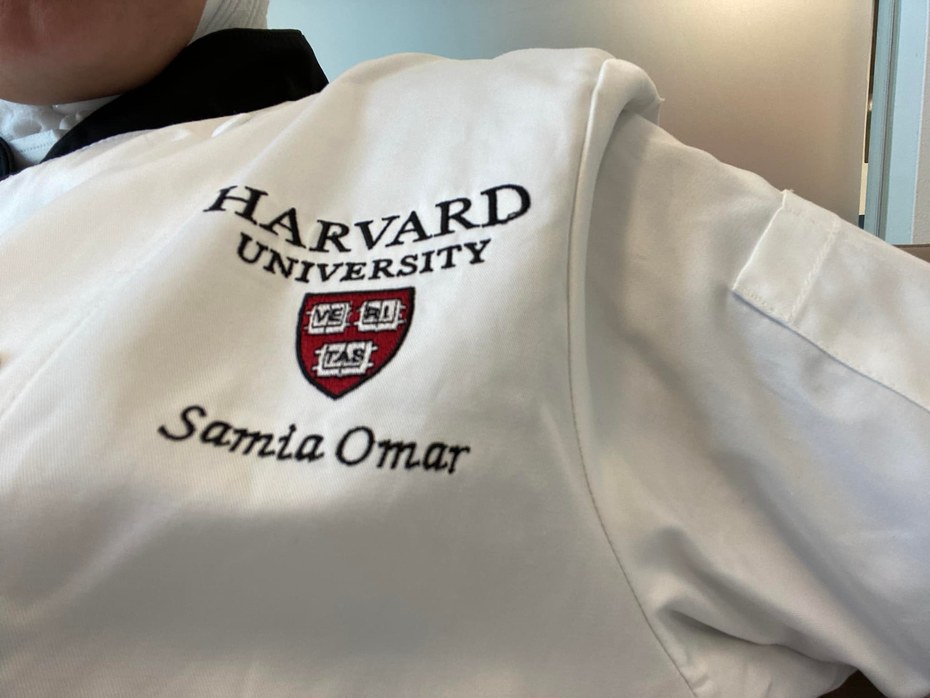 Can you how imagine how incredible it was for me to receive this from the head chef at Harvard who has won 10 gold medals for cooking!!! Chef Martin informed me that he learned a lot from me and this made me feel very honored.
They wanted to thank me for advising them during Ramadan. This Ramadan was very unique for the Harvard Muslim community. The Muslim Chaplain Office organized nightly Iftar dinners catered by Harvard Dining Services for 30 nights and sponsored by the University with the approval of the Office of the President. This was an extremely generous initiative that supported the entire campus Muslim community of around 350 people nightly. This demonstrated not only how the University works for diversity and inclusion and excels at providing quality education for students, but how they also invest in the religious and spiritual well-being of their students. It was the only Ivy League School that catered through their dining and catering services a nightly Iftar dinner for hundreds of people for all 30 nights of Ramadan, in addition to hosting a Eid breakfast as well.
The real challenge was getting the dining service to procure halal meat. Second, all the chefs were trained in European cuisines and our students are used to “Muslim meals” which is extremely diverse and not limited to any particular locale. This required training the chefs in the meaning of halal and I also had to propose to them a diverse menu that represented the various cuisines Muslims are used to, especially in Ramadan.
For example, for each night of the week in Ramadan I designated a particular night for a particular Muslim cuisine. Saturdays were Mediterranean night; Sundays were Pakistani/Indian cuisine; Mondays were Chinese/East Asian cuisine; Tuesdays were Turkish food; Wednesdays were African American Southern/Soul Food; Thursdays were Seafood; Fridays were Bar-b-que. It started out as Egyptian food but it didn’t work out because of how complicated Egyptian cuisine is to prepare for such a large number.
They accepted this proposal but the challenge was the fact that they were not familiar with the spices and flavour and ingredients for the dishes. I stepped in and offered my experience and shared with them the proper recipes and spices for the dishes, as much as I could. By the end of Ramadan, Harvard Dining became professional experts in Muslim meals and now hopefully some of them will be a part of the regular dining experiences for Muslim students in the campus dining halls so that our Muslim students will be able to continually benefit from it.
Although my contribution to this was small, their response and appreciation was large and warm. I really appreciate how they showed appreciation to me. I felt truly touched and I look forward to wearing my chef jacket next year in Ramadan with the other chefs on campus.
Chaplain Samia 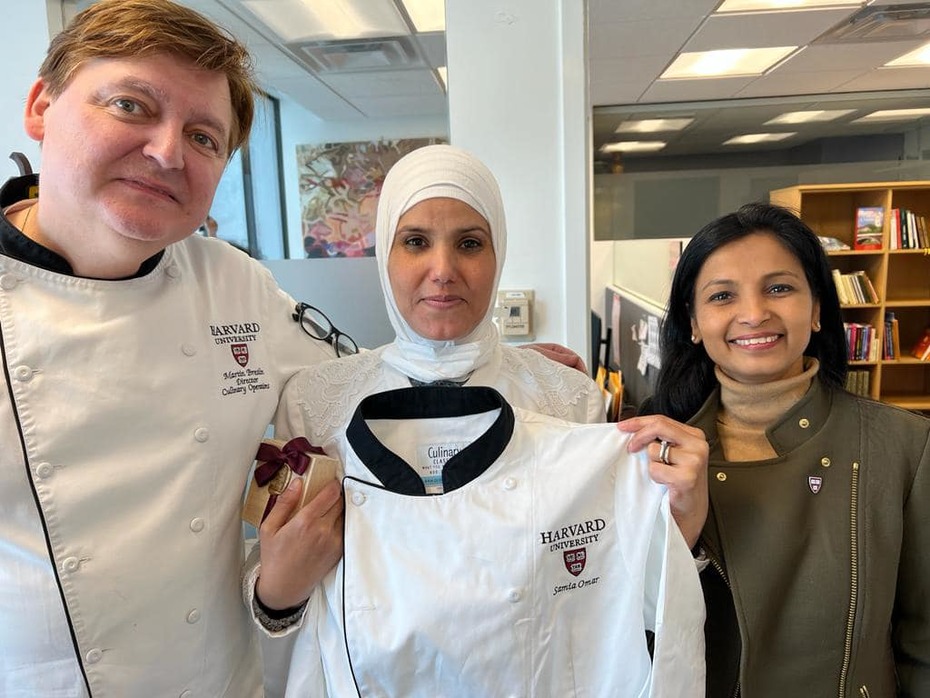 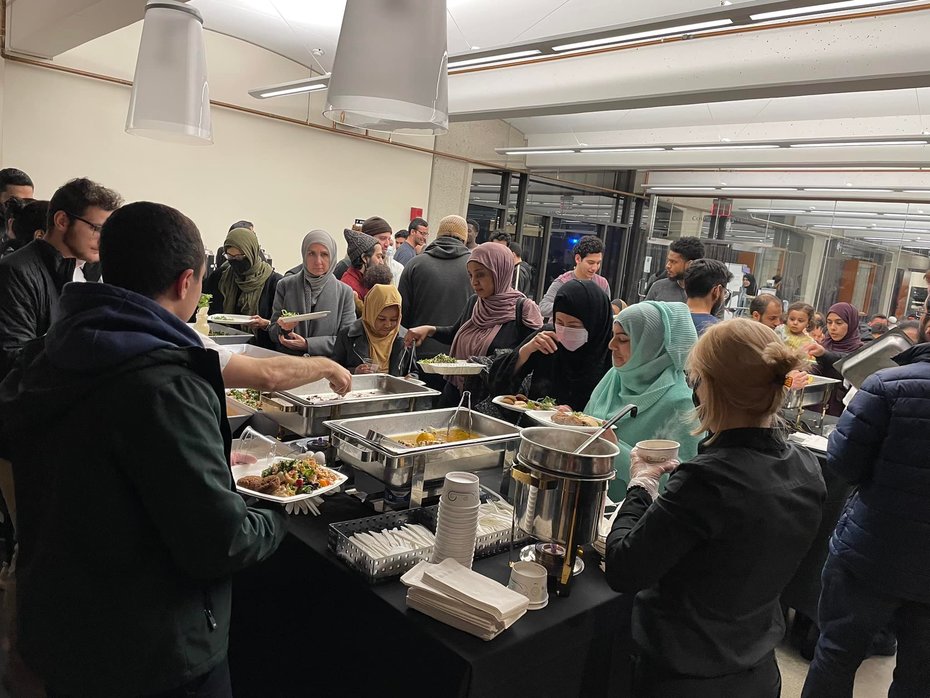 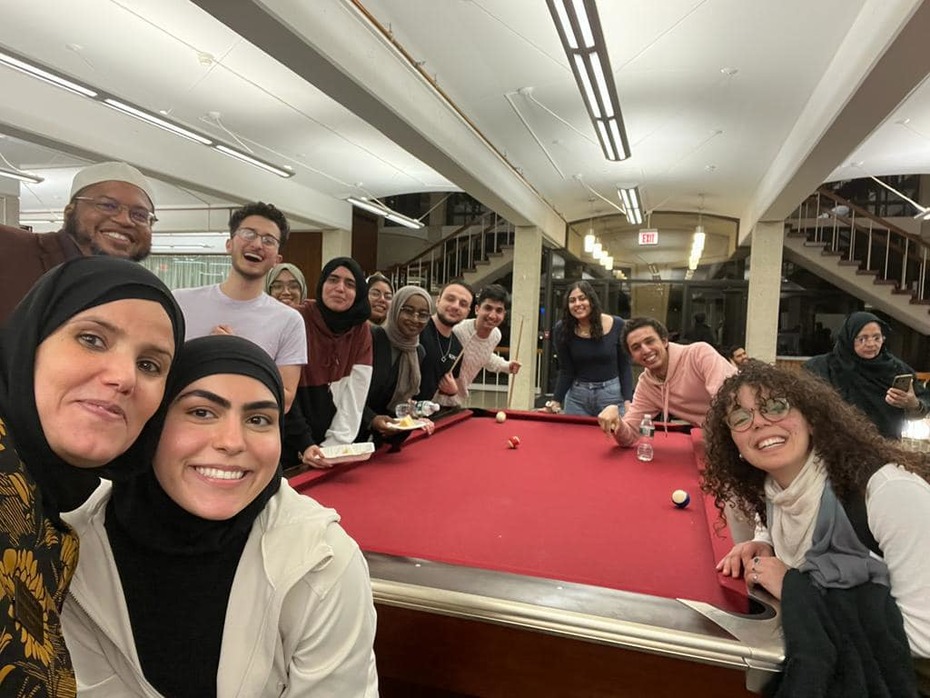