Half full or half empty...depends on who is looking at the glass... “The Big House”...

This is a view of the Smith Family Farm House. An 1840 house that is part of a beautiful installation at the Atlanta History Center.

If you look to the left side of the porch, you will notice a small room with a window and a door. This room was known as the "Traveler's Room". Its door did not connect to the rest of the house so as not to disturb the family. And it was always unlocked! Travelers who were coming through late at night could stop and stay.

Imagine that, A free room; prime real estate in a house whose family members might have shared a single room. Yet, they had an empty unlocked room for the wayfarer to use, free of charge!

If you ever want to make America great, "Again", bring back these values. Ideals that were so ingrained, they manifested in the architecture of our very homes.

Back in the day, when we built, we built free, Wayfarer Rooms, not walls and detention centers!!

Edward Ahmed Mitchell I appreciate and respect the sentiment behind this post. Jazakallahu khairyan! But keep in mind that if this house was built in Atlanta in the 1840s, the values of sheltering the stranger almost certainly did not extend to indigenous peoples, much less African-Americans or any slaves who helped build the house.Again, it is great to call us to our better selves. But I do think we have to be careful not to perpetuate the notion that American values were somehow good, decent, and morally consistent long ago.In many ways, Donald Trump represents the resurgence of a very persistent American tendency to abuse the other. Detention camps were built for those Native Americans fortunate enough to escape outright genocide. White Americans who gradually forced their way further west onto native land built walled fortresses to protect themselves. All of this even as white Protestant Americans were welcoming to and supportive of each other, much like today

Abu Ruyaa The truth will set you free...if you’ve never been "black" in America it is hard to understand, especially if you have been privileged since you arrived...The house in the picture is what is known as an antebellum house, which is very repulsive to many African Americans, the dark period of American history,  before 1865 or the Civil War...

The Antebellum era was a period in the history of the Southern United States, from the late 18th century until the start of the American Civil War in 1861, marked by the economic growth of the South.

The plantation-era South saw large expansions in agriculture while manufacturing growth remained relatively slow. The southern economy was characterized by a low level of capital accumulation (largely labor-based) and a shortage of liquid capital, which, when aggravated by the need to concentrate on a few staples, the pervasive anti-industrial, and anti-urban ideology, and the reduction of southern banking, led to a South dependent on export trade. In contrast to the economies of the North and West, which relied primarily on their own domestic markets, because the southern domestic market consisted primarily of plantations, southern states imported sustenance commodities from the West and manufactured goods from the North.

The plantation system can be seen as the factory system applied to agriculture, with a concentration of labor under skilled management. But while the industrial manufacturing-based labor economy of the North was driven by growing demand, maintenance of the plantation economic system depended upon usage of slave labor that was both abundant and cheap.

The five major commodities of the southern agricultural economy were cotton, grain, tobacco, sugar, and rice, with the production of the leading cash crop, cotton, concentrated in the Deep South (Mississippi, Alabama, and Louisiana).

The leading historian of the era was Ulrich Bonnell Phillips, who studied slavery not so much as a political issue between North and South but as a social and economic system. He focused on the large plantations that dominated the South.

Phillips addressed the unprofitability of slave labor and slavery's ill effects on the southern economy. An example of pioneering comparative work was "A Jamaica Slave Plantation[1]" (1914). His methods inspired the "Phillips school" of slavery studies between 1900 and 1950.

Phillips argued that large-scale plantation slavery was efficient and progressive. It had reached its geographical limits by 1860 or so, and therefore eventually had to fade away (as happened in Brazil). In 1910, he argued in "The Decadence of the Plantation System" that slavery was an unprofitable relic that persisted because it produced social status, honor, and political power. "Most farmers in the South had small- to medium-sized farms with few slaves, but the large plantation owner’s wealth, often reflected in the number of slaves they owned, afforded them considerable prestige and political power."[2]

Phillips contended that masters treated slaves relatively well; his views on that issue were later sharply rejected by Kenneth M. Stampp. His conclusions about the economic decline of slavery were challenged in 1958 by Alfred H. Conrad and John R. Meyer in a landmark study published in the Journal of Political Economy.[3] Their arguments were further developed by Robert Fogel and Stanley L. Engerman, who argued in their 1974 book, Time on the Cross, that slavery was both efficient and profitable, as long as the price of cotton was high enough. In turn, Fogel and Engerman came under attack from other historians of slavery.

Effects of economy on social structure[edit]

As slavery began to displace indentured servitude as the principal supply of labor in the plantation systems of the South, the economic nature of the institution of slavery aided in the increased inequality of wealth seen in the antebellum South. The demand for slave labor and the U.S. ban on importing more slaves from Africa drove up prices for slaves, making it profitable for smaller farmers in older settled areas such as Virginia to sell their slaves further south and west.[2] The actuarial risk, or the potential loss in investment of owning slaves from death, disability, etc. was much greater for small plantation owners. Accentuated by the rise of price in slaves seen just prior to the Civil War, the overall costs associated with owning slaves to the individual plantation owner led to the concentration of slave ownership seen at the eve of the Civil War.

Much of the antebellum South was rural and, in line with the plantation system, largely agricultural. With the exception of New Orleans and Baltimore, the slave states had no large cities, and the urban population of the South could not compare to that of the Northeast or even that of the agrarian West. This led to a sharp division in class in the southern states between the landowning, "master" class, poor whites, and slaves, while in the northern and western states, much of the social spectrum was dominated by a wide range of different laboring classes.

The conclusion that, while both the North and the South were characterized by a high degree of inequality during the plantation era, the wealth distribution was much more unequal in the South than in the North arises from studies concerned with the equality of land, slave, and wealth distribution. For example, in certain states and counties, due to the concentration of landholding and slave holding, which were highly correlated, six percent of landowners ended up commanding one-third of the gross income and an even higher portion of the net income. The majority of landowners, who had smaller scale plantations, saw a disproportionately small portion in revenues generated by the slavery-driven plantation system.

Effects of social structure on economy[edit]

While the two largest classes in the South included land- and slave-owners and slaves, various strata of social classes existed within and between the two. In examining class relations and the banking system in the South, the economic exploitation of slave labor can be seen to arise from a need to maintain certain conditions for the existence of slavery and from a need for each of the remaining social strata to remain in status quo. In order to meet conditions where slavery may continue to exist, members of the master class (e.g. white, landowning, slave-owning) had to compete with other members of the master class to maximize the surplus labor extracted from slaves. Likewise, in order to remain within the same class, members of the master class (and each subsumed class below) must expand their claim on revenues derived from the slave labor surplus.

Your support and contributions will enable us to meet our goals and improve conditions. Your generous donation will fund our mission. 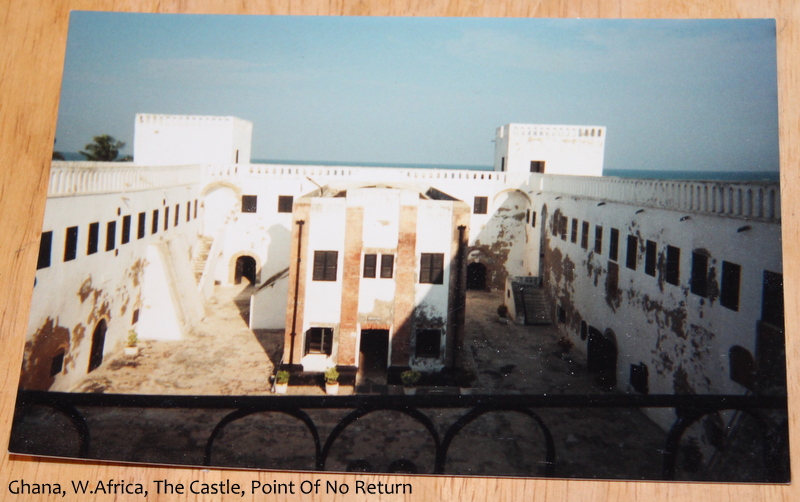 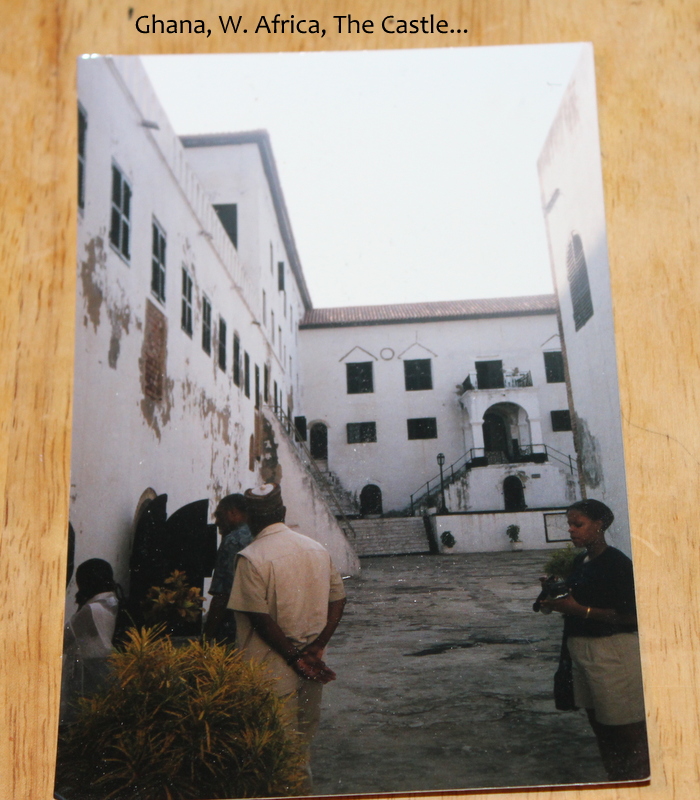 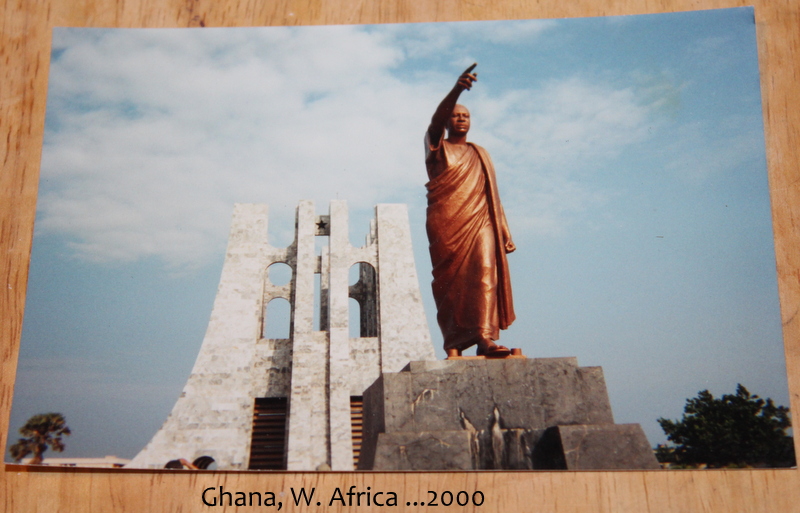 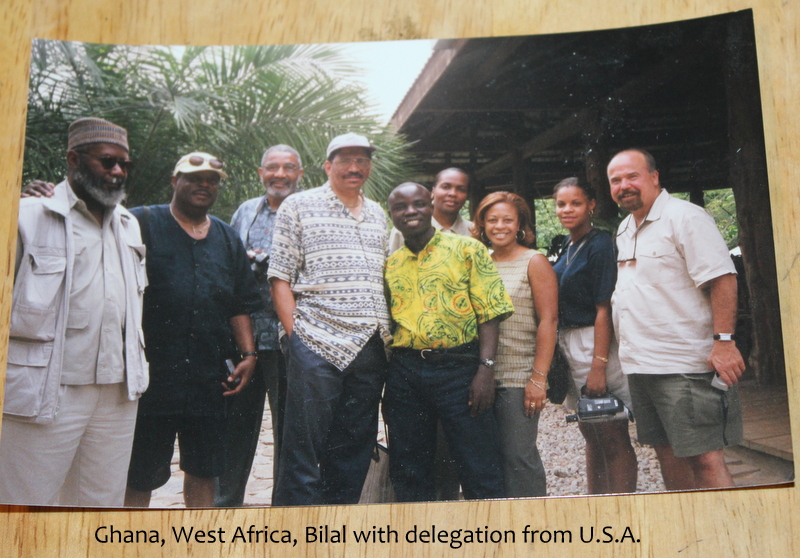 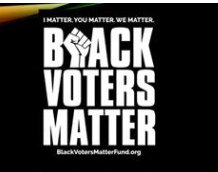 huffpost.com
Ilhan Omar And Nancy Pelosi Visit Ghana Together After 'Send Her Ba...