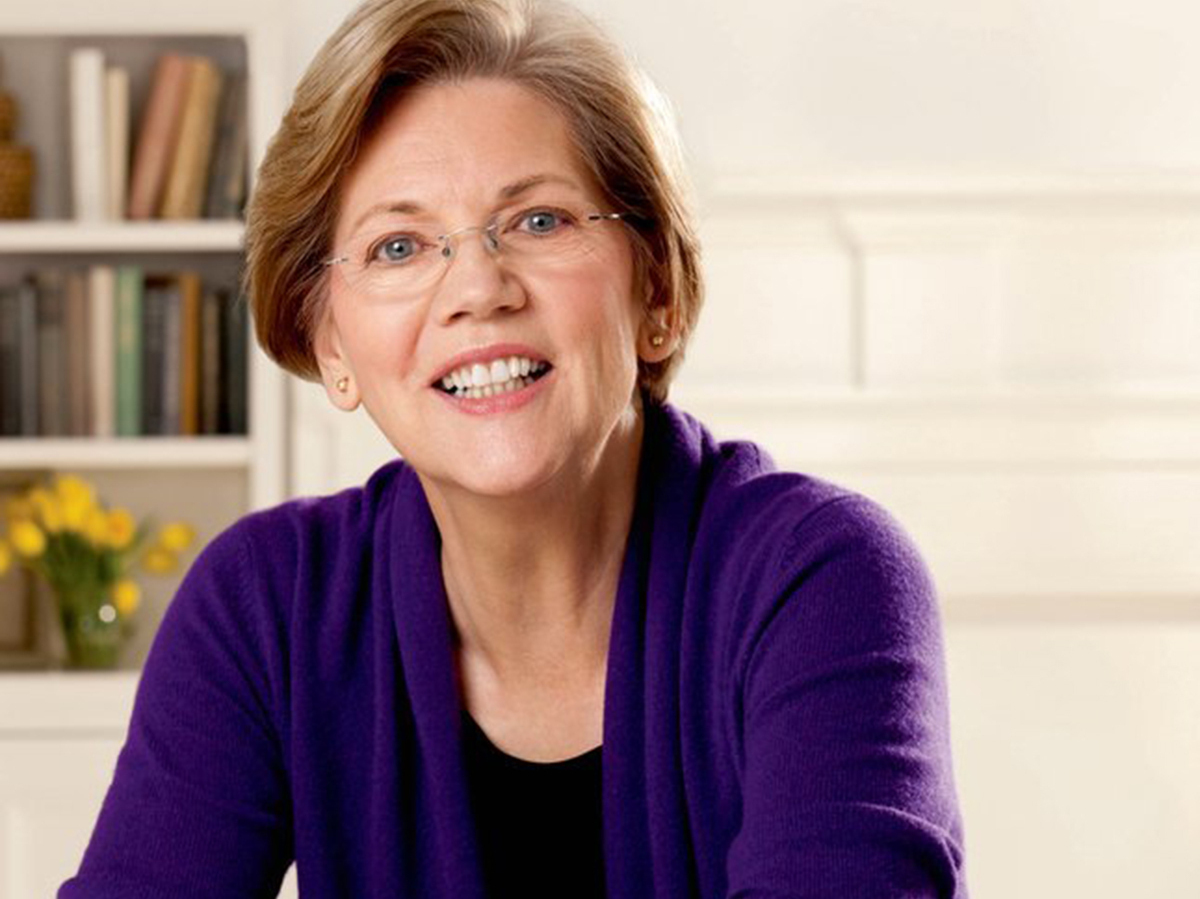 characterizing it as a modern and necessary civil rights movement.

The full-throated defense of the movement contrasted with comments from other national politicians, whose remarks on Black Lives Matter have ranged from cautious to missing the point — like when Martin O'Malley said that "all lives matter."

One of the most powerful moments in the speech came when Warren criticized opponents of Black Lives Matter, who say the movement to end racial disparities in the criminal justice system is inciting violence. "Watch them when they march through the streets — 'hands up, don’t shoot' — not to incite a riot, but to fight for their lives," she said at the Edward M. Kennedy Institute. "To fight for their lives."

Warren: It goes even deeper than criminal justice disparities

Fifty years after John Kennedy and Martin Luther King, Jr. spoke out, violence against African Americans has not disappeared. And what about voting rights? Two years ago, five conservative justices on the Supreme Court gutted the Voting Rights Act, opening the floodgates ever wider for measures designed to suppress minority voting. Today, the specific tools of oppression have changed — voter ID laws, racial gerrymandering, and mass disfranchisement through a criminal justice system that disproportionately incarcerates black citizens. The tools have changed, but black voters are still deliberately cut out of the political process. …

Today, 90 percent of Americans see no real wage growth. For African-Americans, who were so far behind earlier in the 20th century, this means that since the 1980s they have been hit particularly hard. In January of this year, African-American unemployment was 10.3 percent — more than twice the rate of white unemployment. And, after beginning to make progress during the civil rights era to close the wealth gap between black and white families, in the 1980s the wealth gap exploded, so that from 1984 to 2009, the wealth gap between black and white families tripled.

Ultimately, Warren called for various policies to help bring down these disparities — from police-worn body cameras that would help hold officers accountable to steps that would make voting simpler and easier, such as automatic voter registration and making Election Day a holiday.

Warren on why "it is important to cause necessary trouble"

Warren finished her speech with a powerful anecdote, characterizing Black Lives Matter as a continuation of the civil rights struggles of more than 50 years ago:

Back in March, I met an elderly man at the First Baptist Church in Montgomery, Alabama. We were having coffee and doughnuts in the church basement before the service started. He told me that more than 50 years earlier — in May of 1961 — he had spent 11 hours in that same basement, along with hundreds of people, while a mob outside threatened to burn down the church because it was a sanctuary for civil rights workers. Dr. King called Attorney General Bobby Kennedy, desperately asking for help. The attorney general promised to send the Army, but the closest military base was several hours away. So the members of the church and the civil rights workers waited in the sweltering basement, crowded together, listening to the mob outside and hoping the US Army would arrive in time.

After the church service, I asked Congressman John Lewis about that night. He had been right there in that church back in 1961 while the mob gathered outside. He had been in the room during the calls to the attorney general. I asked if he had been afraid that the Army wouldn't make it in time. He said that he was "never, ever afraid. You come to that point where you lose all sense of fear." And then he said something I'll never forget. He said that his parents didn't want him to get involved in civil rights. They didn't want him to "cause trouble." But he had done it anyway. He told me, "Sometimes it is important to cause necessary trouble."