Commemoration of the birth of the Beloved Prophet Muhammad,

On Saturday night, the 4th of January, we had a commemoration of the birth of the beloved Prophet Muhammad, upon 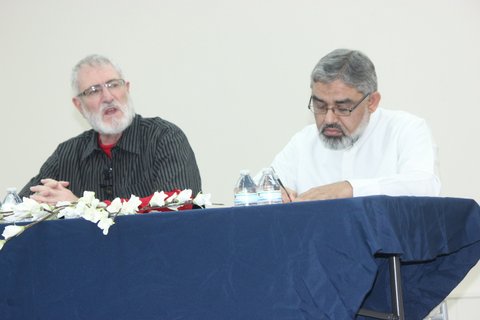 ....Sheikh Mansour Ansari (L) Maulana Syed Morteza Zaidi
By:  Mansour Ansari
whom be peace.  The event was held at the Zainabia Islamic Center in North Atlanta GA and the two guest speakers were Maulana Syed Morteza Zaidi and Mansour Ansari.
As the Zainabia community has a reputation to unify the believers, it is normal for them to invite guest speakers from the Sunni community in a spirit of brotherhood and Muslim unity.  This event proved to be such a wonderful and brotherly (also sisterly) opportunity for the believers to gather and pay tribute to the great Prophet of Islam.
It was suggested and decided that the follow-up would include sincere efforts to begin a process of sincere and deep dialogue amongst the Ahlul Sunnah wal Jamaat and the Ahlul Bayt wings of Islam.  Since there is One Allah, one Qur'an, one Prophet and one Aqeedah, there is so much work which can be done together for the common good of the Muslims as well as the society at large. 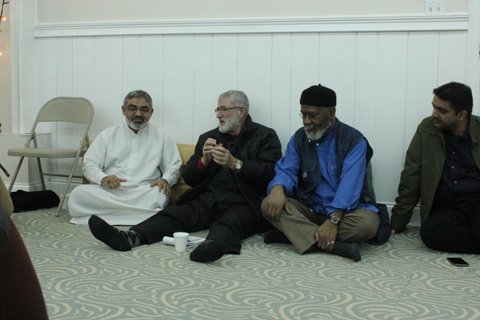 As this work is not yet for everybody, we hereby ask those believers who see benefit in such a proposal to step forward and join/support this work.  Please contact OPOW below via email.