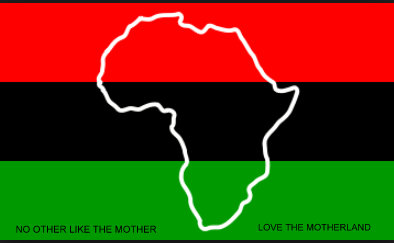 With few noteworthy exceptions, historical accounts of the achievements and struggles of North American people since the colonization of the land by Europeans has been written overwhelmingly from the vantage point of Euro-Americans. The phenomenon of history being written by the dominant or conquering group is not unique to the North American and United States experiences. One of the spoils of the ascendency of a culture or civilization over others is the opportunity to craft a one-sided historical narrative that minimizes if not eliminates the contributions of others outside of the dominant group.  African people have been a major presence in the Western hemisphere and North America since the advent of the Transatlantic trade of enslaved Africans starting with the Spanish in the first quarter of the 16th century followed by the British at the turn of the 17th century. These Euro-American settler colonialists established a system of chattel slavery that has no historical peer relative to systemic generational brutality, obliteration of languages, family units, personal identifications, and religious practices.

The Transatlantic trade of enslaved Africans targeted majority Muslim areas in West Africa at the onset of the abominable enterprise. Muslims from the Senegambia region were prized targets for enslavement due to their expertise in growing rice, literacy, and enterprising spirit. In addition to Senegambians, African Muslims were highly valued in the North American markets and were often given duties requiring trust and general competency like drivers. It is estimated that the Muslim population of enslaved Africans in the United States was from 30-40 percent of the enslaved population, a significantly lower percentage than found in the Caribbean and South America.

Despite the dehumanizing barbaric conditions forcefully imposed on enslaved Blacks, they and their descendants made extraordinary contributions to the fields of science, mathematics, medicine, agriculture, literature, education, and most areas of society when afforded any semblance of an opportunity. Dr. Carter G. Woodson was born to formerly enslaved parents in New Canton, Virginia 10 years after the abolishment of slavery. Dr. Woodson was the second African American, after Dr. W.E.B. Dubois, to receive a doctorate degree from the prestigious Harvard University. As a historian, he lamented the absence from history books of the unique contributions made by Black people to America and to the world. Dr. Woodson founded the Association for the Study of Negro Life and History in 1915 and the Journal of Negro History in 1916. Noting that the contributions of African Americans were “overlooked, ignored, and even suppressed by the writers of history textbooks and the teachers who use them,” Dr. Woodson created Negro History Week in 1926, a forerunner to Black History Month. Dr. Woodson said of the necessity of Negro History Week that, “If a race has no history, it has no worthwhile tradition, it becomes a negligible factor in the thought of the world, and it stands in danger of being exterminated.” Black History Month was first proposed by the Black United Students organization at Kent State University in February 1969 and first celebrated the following year. After six years, Black History Month was celebrated nationally.

Muslims Americans have for the most part vacillated between being completely oblivious, indifferent, scornful, or receptive to Black History Month. Without having the benefit of quantitative data, it is impossible to determine the number of Muslim Americans, including Muslim African Americans, who were motivated in the 1970s through the 1990s to discover previously unknown dimensions of American history because of Black History Month or even believed that Black history in general was irrelevant to the forward progress of the Muslim and larger communities in the United States. The decade of the 1970s witnessed a largely unprecedented increase in the number of African Americans embracing Sunni or Orthodox Islam. The Civil Rights Movement had mostly acceded ascendency to the Black Power phase of the Black Freedom Struggle after 1967 although the quest for equitable rights and opportunities for Black people continue to the present day. Malcolm X was the inspirational leader of tens of thousands of Black youths who were disenchanted with non-violence as a philosophy rather than as tactic to be employed against violent assaults and abuses from white supremacists. Malcolm’s life story of transformation and redemption resonated with Black urban youth who could identify with the survival tactics employed by him to navigate the racism, poverty, incarceration, imposed on the descendants of America’s formerly enslaved population.

The release of the Autobiography of Malcolm X: As Told to Alex Haley in October 1965, eight months after his savage public assassination, provided the inspiration and impetus for untold thousands of Black youths to embrace Islam after reading about Malcolm’s near total social, spiritual, and character transformation once becoming a part of the international brotherhood of Islam. Malcolm inspired legions of newly converted Muslims to study and celebrate Black history to extricate themselves from self-loathing and feelings of inferiority. During the 1970s, Black History Month, to varying degrees, was generally acknowledged by Muslim African Americans. During this same period, the number of Muslim immigrants to the United States increased in an unprecedented manner due to the Immigration Act of 1965. For the most part, this wave of Muslim immigrants to the country had little motivation to learn the history of Black people in the US since they were arguably positioned by the United States to reap the economic and social benefits resulting from the struggles and sacrifices of the Black Freedom Struggle even as African American human and civil rights continued to be violated.

For the most part, it was not until the new millennium, 2000 CE, that a substantial number of Muslim organizations and masajid realized the Dawah (Islamic propagation) potential of organizing annual programs during Black History Month. These Muslim sponsored events also assist Muslims in learning some of the accomplishments and struggles of Muslim and non-Muslim African Americans. African people have been major contributors to the development of this nation and the establishment of the Islamic presence and legacy of Islam in the American context. The history of Muslim Africans in the United States is not the exclusive purview of Muslim African Americans, it belongs to all Muslims regardless of ancestry or geographic origin. Black History Month affords Muslim Americans another opportunity to reclaim and celebrate aspects of our history.

Khalid Griggs
·
The objectives of the Black Freedom Struggle, as embodied in the struggles of Malcolm X, Kwame Ture (Stokely Carmichael, in picture), Imam Jamil Al Amin (H Rap Brown), and many others correctly identified the root cause of America's social ills, White Supremacy.