Are Muslim Who Went To Trump's Iftar Sellouts?

Bismillah. Honestly, I am disappointed to see so many prominent American Muslims smearing other Muslims as sellouts, morons, 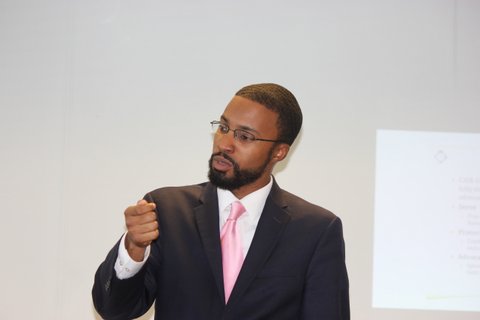 First, we should never describe each other with such insults, especially during Ramadan. There is a noble and intelligent way to correct our brothers and sisters. Calling them sellout morons is not one of those ways. Prophet Muhammad (peace be upon him) would never use such language-- not even to describe a hypocrite. Salahudin's letters to King Richard, a Crusader who massacred Muslims and Jews, were respectful. Even flattering. And Brother Malcolm could slice and dice with his words better than anyone, but he did so with maturity and wisdom. We are Muslims. Even our critical words should reflect the beauty of our faith, not the coarseness of our culture.

Secondly, we do not know what is in anyone else's heart. I would not attend Trump's iftar for a variety of reasons. I also fear that some of the Muslims who attend will do so for the worst reasons. You know who they are. No need to name names.

However, it is quite possible that at least one Muslim will attend the event in order to speak truth directly to an unjust ruler or even to give dawah, either of which would be a noble pursuit. After all, I doubt Donald Trump knows a thing about tawhid, much less the five pillars. There is nothing wrong with directly calling Trump out or respectfully educating him, as Moses (pbuh) did when he spoke softly to Pharoah. Always remember: we're not as good as Moses, and Trump is not as bad as Pharoah.

If the Trump Administration's Muslim Ban offended you more than the Obama Administration's drone strikes on innocent Muslims, something is wrong. Let's be morally consistent. No selective outrage.

May Allah guide us to promote justice and in the best ways and with the best words.

"O ye who believe! Stand out firmly for God as witnesses to justice, and let not the hatred of others towards you make you swerve to wrong and depart from justice. Be just: that is next to piety: and fear God. For God is well-acquainted with all that ye do." -The Quran