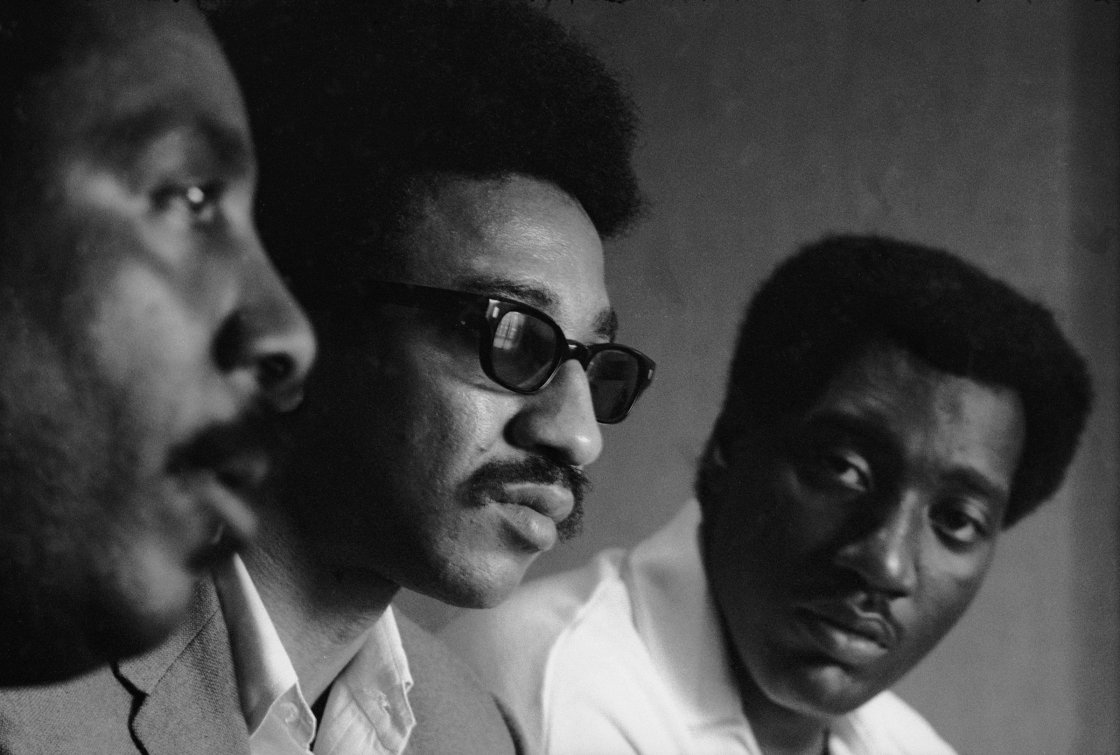 It seemed like a fool’s errand to send Jamil Al-Amin a letter, expecting a response. But there I was, in the summer of 2019, reading his reply, sent from the U.S. Penitentiary in Tucson, Ariz.

Peace be unto those who do Good, Rembert. May The Creator Reward you for your kind thoughts and words. Though this part of our journey is defined by danger, and the goal seems distant, no roads are without endings …

Hope this is a happy day, with sunshine, some quiet, and the feeling that you are being thought of and wished happiness … because you are …

At this point in the letter, his note took a more personal turn.

He signed the letter “Coach.” It was the only thing I knew him by, as a 9-year-old, in 1996, staring up at his sinewy 6 ft. 5 in. frame. The location was Adams Park, in a gym on the southwest side of Atlanta. Leaving my first practice with my new team, I sat in the car and listened as my mother explained that Coach Al-Amin was a trailblazer of a Black man. I took that to heart and could tell she was serious by the tone of her voice, but my primary focus was (always) the two-part question of “Where are we eating?” and “Do they have banana pudding?” Also, meeting an important Black elder was part of growing up in Black Atlanta—the trailblazers were everywhere.

But there was something different about Coach. For starters, this was an era that seemed to measure the quality of a male coach by how much he yelled; the more, the better. Even at a young age, I’d been bossed around by my fair share of dads. But Coach Al-Amin existed as this giant of a man, clothed in his traditional Muslim threads, rarely speaking outside of his inside voice. He never screamed while we played, only talking to us like little adults.

As can sometimes happen with someone you know intensely for a period in childhood, I eventually forgot about Coach. Life went on, and sports, once my singular priority, became a hobby after I started college.

A few years into the workforce and it’s 2012, the last year I really used Facebook. A thing was happening on the platform, where people would adopt long, multi-word, scriptio continua middle-name aliases. That’s when I first noticed Kairi “Freemyfather” Al-Amin on my feed, my former coach’s son. I was instantly reminded of a man from my past.

I was in high school when Jamil Al-Amin went to prison. Across town, so was Kairi. We were rival point guards.

After seeing Kairi post about his father, I looked up which facility he was in and learned the answer was ADX Florence in Colorado, also known as a “supermax.” And while I couldn’t fully remember the specifics of the crime or the trial, I knew this to be the 23-hours-of-solitary-confinement-a-day home for the Unabomber, the Oklahoma City bomber and a handful of al-Qaeda operatives. I dove into the story of my coach’s life, quickly reminded of what I did know and floored by what I didn’t.

My mother didn’t raise me to simply know Black history—I was groomed to study it, revere it and envision a world in which I was part of a lineage. So why was I told so little about Jamil Al-Amin, a man crucial to understanding Black liberation? And why, when I brought him up to others, was I often met with blank stares?

Over the years, this is a man they called Jamil Al-Amin, Imam and Rap. A man who has a federal anti-riot act named after him. A man who had a verbal confrontation with President Lyndon Baines Johnson in the White House. That line from the Sugarhill Gang’s 1979 classic “Rapper’s Delight,” “I’m hemp, the demp, the women’s pimp/ Women fight for my delight”? It’s pulled from his autobiography.

I dove into the story of my coach’s life, quickly reminded of what I did know and floored by what I didn’t.

In his story, there’s a crescendo to this question of guilt or innocence. Did he or didn’t he? But after a full examination of his life, a more pressing question emerges: What did Jamil Al-Amin do to piss America off so much?

Jamil Abdullah Al-Amin was born Hubert Gerold Brown in Baton Rouge, La., in 1943. He was the youngest of three, raised by Eddie, a laborer, and Thelma, a maid and teacher. Brown looked up to his brother Ed, two years his senior, who was the first in the family to venture into activism.

“I knew who I wanted to identify with,” he wrote, about early affiliations that would inform his politics, in his 1969 autobiography, Die Nigger Die! “It was the bloods in my neighborhood, the guys who hung out down on the corner. The Black community, in other words.”

Now that Imam Jamil has received his cataract surgery, we have new action items to pressure authorities to transfer him back to Atlanta, Georgia from Tucson, Arizona.
Join us for a Virtual Letter Writing Campaign to Free Imam Jamil on Saturday, November 13 4pm EST / 3pm CST

Author, Educator, & Producer Ilyasah Shabazz @ilyasahshabazz
We’ll hear from our amazing speakers and walk you through the latest action items!

We’re calling on everyone in solidarity, from Georgia to Tucson, to across the nation and the globe

Exposed: What's Going On In The Case Of Imam Jamil?

A FATWA CONCERNING PARTICIPATING IN KWANZAA

One Of Our Heros Sister Turquoise LeJeune Parker....