Sister Ihssan Tahir: As a Muslim woman of Afrikan descent...Response To ISNA's Press Release On Baltimore... 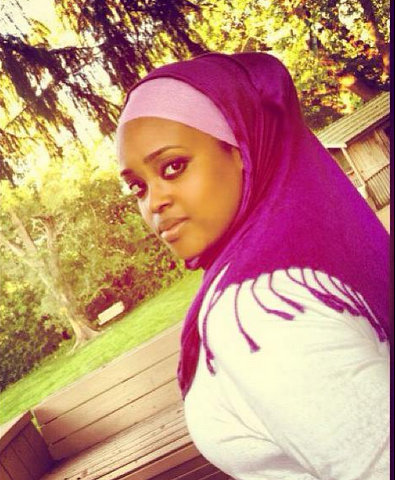 Arab Muslim community. Like many other Black Muslims, I have to deal with many instances of subtle prejudices to sheer racism from first and second generation Muslims who hail from Asian and Arab backgrounds. This is my response to a recent press release that was distributed by Islamic Society of North America (ISNA) in the wake of the Baltimore uprising. ISNA needs a point of reference, from a fresh minded Black Muslim woman, which I am here to offer. This press release only touched the tip of the iceberg in reference to the problems that exist within the Black and immigrant Muslim community in America. This letter is directed to ISNA and President Mr. Azhar Azeez.

On April 28th, ISNA issued a biased and politically infused press release that condemned protesters and “rioters” in Baltimore for resorting to violence after the death of Freddie Gray, who died in police custody on April 19th. The umbrella organization, which claims to “foster the development of the Muslim community”, was heavily “disturbed by the escalation of violence in Baltimore”. Previously, ISNA had yet to mention anything about the incident in Baltimore or the consequential result of policing practices in marginalized Black neighborhoods. As a person who aims to acknowledge the truth, I don’t believe one Black person was consulted during the formulation of this misinformed press release. I firmly believe that if a diverse spectrum of Muslims was consulted before the distribution of this release there would not have been such an enormous backlash. Since then, Muslim Anti-Racism Collaborative (MuslimARC) issued a stance and an independent online petition has been circulating attempting to hold ISNA accountable for their actions of negating Black life. ISNA, you lacked sensitivity and tactfulness with this deliverance. Whoever wrote the press release and assisted in editing it not only needs cultural sensitivity training but a dose on the reality of what Black folks have been enduring in America for centuries.

Maybe you aren’t aware but Black folks in America are under siege on a daily basis and being a Black Muslim adds another interesting element to the plot. Not only do I have to constantly assert and explain my Blackness to the outside world but I am finding myself in similar situations within the wider Muslim community. Black Americans live in a society where we are mentally and physically under attack and our religiously based institutions are supposed to serve as safe havens. People turn to faith and religious spaces for a sense of belonging, solace and understanding. These spaces are supposed to serve as safe havens for Muslims but in reality they are far from that. Black Muslim Americans must function in communities where we are consistently having to educate and redirect non-Black Muslims from biased and prejudice notions against Black people. It’s exhausting and draining having to educate you. Simply put, the Muslim community is absurdly prejudice but employ Islam and the concept of brotherhood as a guise for personal and institutional advancement. Behind closed doors, many Muslims and Islamic organizations promote the same ideas and attitudes concerning Black people that the general American population fosters. When those same institutions grasp onto biases and political interests then they have virtually lost their purpose. ISNA purports to represent Muslims from a wide array of cultures and ethnicities. From that, one-third of those represented identify as Black. With that being said, the recent statements produced by ISNA prove further than there is very little concern, for Black lives, which of course include Black Muslim lives which in turn is my life as a Black Muslim woman.

For many years, the immigrant Muslim community has tried its best to disconnect itself from the struggle of Black people. When you look at me as a Black person you do not see your own struggle as a person of color in a country that has neither of our interests in mind. You emigrate to this country in the hopes of assimilating into the White masses. You seek white approval and at the same time look at your brothers and sisters in the struggle with noses turned up. There has been an intentional negation of the Black fight for freedom and instead of learning and building with us you run away and condemn our actions. ISNA, unfortunately you are no exception and rather than attempting to learn from our Black brothers and sisters on the quest for justice you have burned the bridges of solidarity. Promoting sermons concerning racial justice and the mentioning of the Prophets companion Bilal will not suffice with me any longer. On that note, Bilal (peace and blessings be upon him) has to be the most exploited companion of the Prophet. I am not going to be complacent as my life and those of my fellow Black brethren get lost between your hypocritical words of equality.

In conclusion, distributing this press release and then attempting to apologize or as you stated “clarify”, not only brought to light ISNA’s main motivation of seeking political approval from the white majority, but in fact how many institutions view the Black community in general. ISNA, and Mr. Azeem, you do not understand the community who you claim to serve and you do not get a pass on this ridiculous and callous press release. You had time to clean yourself up but opted not to properly apologize. ISNA has been around for decades and should know how to master the art of racial affairs. Your organizations are not located in Black communities, you do not attempt to come to our neighborhoods and quite often we are not welcomed into your mosques and institutions. Black bodies are only of benefit to the immigrant Muslim community if there is monetary gain involved, such as fried food shacks, liquor stores, gas stations or increasing the attendance to your annual convention. In those instances, I am sure Black lives matter to you since we are financially contributing to your sense of comfort. Perhaps that is why you were so “disturbed by the escalation of violence” because we were in fact burning down your business in the hood that have exploited the Black community for years.

We are not profit, or a personal tool you can use to advance yourself. Black folks are people and many of us happen to have Islam deeply rooted in our families.

If you didn’t listen before, today is the day you learn.

Your sister in Islam and the struggle,