Reparations Never Too Late  To Do What’s Right 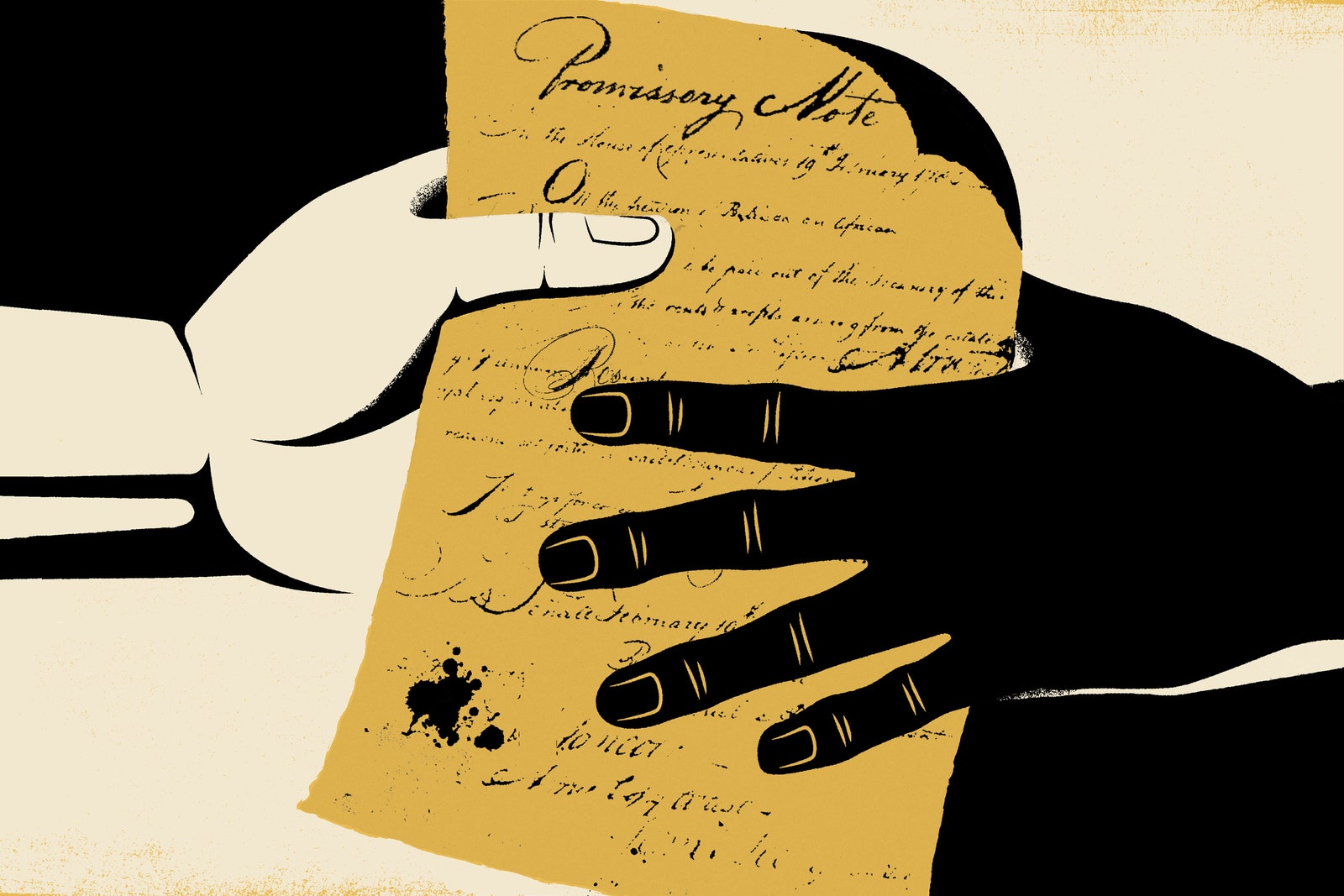 “The solutions to racial problems are possible,

only if our society can be brought to face up to

the massive crime of slavery and all that it has wrought.”

“The Debt: What America Owes to Blacks”

The American people have grappled for over a century with confronting what the brilliant journalist and author the late Randall Robinson described in his instant classic “The Debt: What America Owes to Blacks.” Published in 2000, “The Debt” cogently described the moral, ethical, and social responsibility that the US federal government has in providing some tangible forms of reparations for its role in perpetuating for over 250 years legislatively, judicially, and militarily arguably the most brutal form of slavery and system of oppression in human history. Robinson, William Darity, Jr. A. Kirsten Mullen, Raymond Winbush, and so many other writers in the 21stcentury have highlighted the contradiction existing between this nation’s espousal of high ethicaland moral standards for others while simultaneously failing to concretely address the centuries of compounded debt owed to African Americans from chattel slavery and structural racism.

One of the cruel ironies of the reparations issue is that the United States, British, French, and Spanish governments paid financial renumerations, reparations, to white plantation owners for the loss of “property” after the stoppage of trafficking Africans for enslavement purposes and their emancipation. In 1861, 8 ½ months before his signing of the Emancipation Proclamation that freed enslaved Blacks in the 13 rebellious Confederate states, President Abraham Lincoln signed the Compensated Emancipation Act that provided $300 to slave owners for every Black in the District of Columbia freed under this act. Former slave owners submitted 930 petitionsfreeing 2,989 former slaves. This act alone cost the government $896,000, more than $25 million at today’s valuation. During the period of Reconstruction in the US, 1865-1877, monies were paid to Southern state governments for allocation to former plantation owners for their loss of enslaved Blacks to encourage loyalty to the Union. After the Caribbean Island of Haiti received its independence from France in 1804 becoming the first and only country to wage a successfulslave revolution, France refused to officially recognize its independence for the next 20 years.But, in 1825, Charles X set as a condition for recognition that Haiti pay France 150 million francs, more than 10 years of Haiti’s revenue. Haiti suffered under this burden until 1947 only after borrowing loans from French banks, arranged by the French government at enormous interest rates. The funds from Haiti were ostensibly identified to be for slave owners and their descendants for the loss of revenue. Spain followed a similar pattern of compensating plantation owners for their losses after the emancipation of African slaves.

“The Civil War of 1861-1865 ended slavery. It left us free, but it also left us homeless, penniless, ignorant, nameless and friendless…Russia’s liberated serf was given three acres of land and agricultural implements with which to begin his career of liberty and independence. But to us no foot of land nor implement was given. We were turned loose to starvation, destitution and death. So desperate was our condition that some of our statesmen declared it useless to try to save us by legislation as we were doomed to extinction.” Ida B. Wells, Class Legislation, 1893 Ida B. Wells was a protégé of the renowned abolitionist, author, speaker, and women’s rights advocate Frederick Douglass. She was a foremost proponent of women’s rights and a fierce opponent of the lynching of African Americans. Her telling commentary on the woeful plight of African Americans newly freed from chattel slavery capsulizes the desperate need for government intervention to help establish a new life for them.

One of the earliest efforts on the part of the federal government to address the transition of over 4 million newly emancipated Blacks to freedom was the establishment in1865 of the U.S. Bureau of Refugees, Freedman, and Abandoned Lands, commonly known as the Freedmen’s Bureau.Headed by former Union officer Major General Oliver O. Howard, for whom Howard University in Washington, DC is named, faced major opposition from southern politicians and was woefully underfunded and understaffed. Prominent abolitionist, thinker, physician, writer, and proponent of Black rights, Martin Delaney, played a key role in the operation of the Freedmen’s Bureau.Despite its crippling limitations, the Freedmen’s Bureau managed to build over 1,000 schools, spent $400,000 for teacher training, provided direct medical assistance to one million freedmen,and distributed 21 million rations. Union General William T. Sherman proclaimed Special Field Orders No. 15 that provided no more than 40 acres to be provided, as reparations, to freedmen. Sherman also encouraged mules be given to work the land. After land and a mule were given to freedman in Charleston, SC, expectations grew but were soon destroyed when Andrew Johnson, successor to Abraham Lincoln rescinded the order and restored the land to the former plantation owners.

The ongoing public discourse about reparations for African Americans as a result of being subjugated in chattel slavery for hundreds of years has been publicly spearheaded since 1987 by The National Coalition of Blacks in America, popularly known as N’COBRA. It defines itself asa “Mass-based coalition organized for the sole purpose of obtaining reparations for African descendants in the United States.” N’COBRA’s extensive membership includes both individuals and organizations. According to the newly published book, “Reparations Handbook: A Practical Approach to Reparations for Black People,” N’COBRA defines reparations as a process of repairing, healing, and restoring people injured because of their group identity and in violation of their fundamental human rights by governments, corporations, institutions, and families.” Others have embraced the approach of N’COBRA of allowing communities in need of repair the opportunity to define reparations for themselves.

John Conyers, Jr. represented the state of Michigan in the United States Congress from 1965 to 2017. During his distinguished tenure, Rep. Conyers was at the forefront of issues involving universal healthcare availability and equitable treatment of African Americans while co-foundingwith 12 other Congresspersons the Congressional Black Caucus on March 30, 1971, sponsoringa bill establishing Martin Luther King, Jr. Day as a federal holiday, and, notably among other initiatives, sponsoring in 1989 HR 40, a bill to formulate a Congressional Commission to Study and Develop Proposals for Reparations for African Americans. Representative Conyers was a passionate proponent of reparative justice. Although his bill never reached the Congressional floor for a vote, he nonetheless continued to be a House sponsor of the bill each year that he was in the House. HR 40 has seemingly been perfunctorily introduced into every session of Congress for the last three decades without gaining significant traction among the legislators, that is until the current session of the House of Representatives.

Cities across the country have explored and have implemented various means to provide reparations to the descendants of formerly enslaved African Americans. Evanston, Illinois is the first city to agree to restitutions to Blacks. A sum of $400,000 will be paid to each eligible household. Creative methods of reparations have been approved or discussed in other municipalities such as college tuition payments, home subsidies, land acquisitions, and other options. The estimated costs for a comprehensive reparations package for descendants of enslaved African Americans range from 10 to 21 trillion dollars, a relatively modest sumconsidering the astounding number of corporations, educational institutions, financial institutions, and individual oligarchs who massed astronomical fortunes as a result of slavery. Muslims in the United States are awakening to the gross historical and present maltreatment of African Americans and making strides in addressing these inequities. The Muslim community has the collective intellectual potential and social standing to majorly contribute to the public discourse on ways to fairly and effectively recompense those whose family members toiled as the property of other human beings. Contrary to the commentary of those opposed to reparationswho say that slavery was such a long time ago that we should just let it go. Like this writer, many African Americans know of family members who were slaves. My great grandfather was a slave on a plantation in southern Virginia and told stories of about the horrors of slavery to my grandfather and my father when he was a child. Reparations for the descendants of enslaved Blacks is an area that demands our attention and support in our divinely mandated roles asStandard Bearers for Justice. We must add reparations to our growing list of agenda items that we are called upon to address.