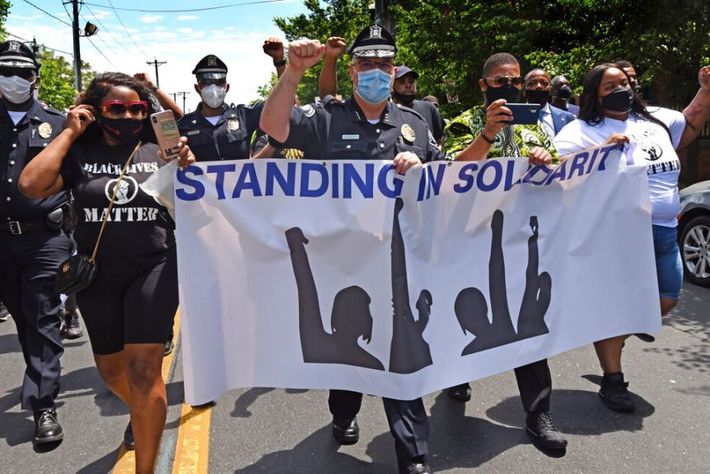 The killing of Mr. George Floyd has catalyzed demonstrations and protests not only in the US, but around the world.  Many cities in the US have had massive citizen demonstrations – mostly peaceful – to bring more attention to the frustrations suffered by targeted communities, the shock and horror felt by non-targeted communities, and the direct or indirect non-involvement of law enforcement agencies and justice institutions to hold offending officers accountable for incidents of abuse of power.

This is not a clean-wash for any individual who has been witnessed to committing a crime deserving arrest and/or detention regardless of his ethnic background.  This is not an indictment of the entire workforce of law enforcement across the country, indeed around the world, many of whom have made conscious commitment to their oath to “protect and serve” all citizens and residents of their respective locales.  Not to seem redundant, but the case involving the killing of Mr. George Floyd is not an isolated incident, indeed it is the latest in a generations-long practice of systemic and often endorsed hard-handedness of law enforcement against targeted communities.  But this should be the subject of another post at a later time, maybe done by a much more competent writer.

The protests and demonstrations that have erupted in the aftermath of Mr. Floyd’s death have revealed a number of 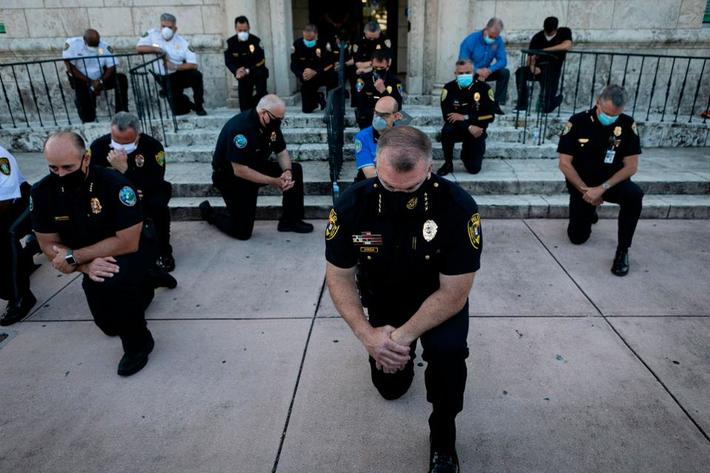 observations, many negative. However there have been quite a few positive occurrences that to this writer’s limited knowledge have set a previously unnoticed precedent in police-community relations.

The following incidents have recently been reported from FORBES Magazine:

Also, various video posts have been distributed that show multiple law enforcement officers decrying Mr. Floyd’s killing and calling for more accountability among their ranks. This is unprecedented in the US society . . . where the police have begun to show some measure of support, or empathy for the frustration of so much injustice coming from their members.

In other societies, when the law enforcement and security apparatus begin to show more support for the protests against injustices in the society, then the momentum for real change begins to take place.  Will that happen in the US?

On the other side of the peaceful engagement, however, and most unfortunately, the accounts of vandalism, violence from both sides and injury and damage have also been reported.  Images of policemen exercising brutality against peaceful protesters; reports of alleged anarchy advocates and other extremists infiltrating peaceful demonstrations to turn them into violent confrontations with law enforcement. In some cases, the rage that had arisen peacefully had suddenly ballooned into property destruction, and police response as should have been expected. The allegations range from white supremacist agitators to anarchists, to infiltrators paying demonstrators to vandalize property . . . even to police in disguise causing chaos.

Some police departments have taken the customary hard-line stance in response to demonstrations and protests -- peaceful or otherwise.  The lost opportunity has been witnessed with police strong-arming demonstrators and pushing protesters to the ground, one account citing the use of pepper spray against a child.

Several concerns are evident in this matter:

Opportunities gained . . . Opportunities lost . . . This could be the opportunity for the US to start . . . TO START . . . along the road toward real healing . . . A healing that has been needed pretty much since this nation's inception.