Had to erase and reteach Christopher Columbus today on the way home from school. To all my Broward County School Board peeps —— why does the curriculum still teach that Christopher Columbus “discovered” America and that he is some type of hero?! History is not rainbows and butterflies. Stop teaching the fairytales and teach truth. We stand on bloody land. Let’s be very clear about Columbus:
1) He committed genocide and rape
2) He enslaved the natives and was extremely violent and brutal
3) He essentially engaged in biological warfare
4) He didn’t discover America- he got lost and didn’t actually know where he was
Teach them instead that:
1) There are over 500 federally recognized Nations in the United States who resisted colonization.
2) 130 years after the first contact, Native America lost 95% of its population
3) The United States Constitution was modeled after the constitution of the Iroquois Confederacy.
4) Teach them about Squanto and Sitting Bull and Buffalo Calf Road Woman
5) Teach them about Crazy Horse and Geronimo
Etc etc etc (I have work. Otherwise, this list would go on forever) HAPPY INDIGENOUS PEOPLES DAY!

President Biden issued a proclamation on Friday to observe this Oct. 11 as a day to honor Native Americans, their resilience and their contributions to American society throughout history, even as they faced assimilation, discrimination and genocide spanning generations. The move shifts focus from Columbus Day, the federal holiday celebrating Christopher Columbus, which shares the same date as Indigenous Peoples' Day this year.

Dylan Baca, a 19-year-old Arizonan who was instrumental in helping broker the proclamation, is overwhelmed by the gravity of Biden's action.

"I still don't think I've fully absorbed what that has meant," he said. "This is a profound thing the president has done, and it's going to mean a lot to so many people." 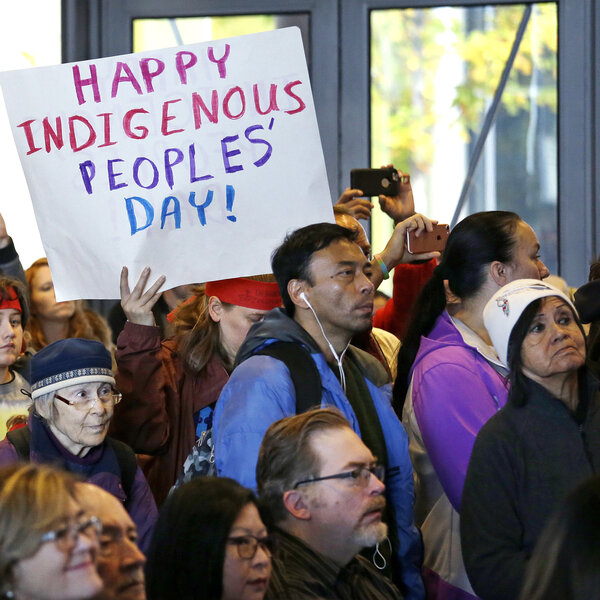 What is Indigenous Peoples' Day?

Indigenous Peoples' Day advocates say the recognition helps correct a "whitewashed" American history that has glorified Europeans like Italian explorer Christopher Columbus who have committed violence against Indigenous communities. Native Americans have long criticized the inaccuracies and harmful narratives of Columbus' legacy that credited him with his "discovery" of the Americas when Indigenous people were there first.