(WASHINGTON, D.C., 9/10/12) -- The Council on American-Islamic Relations (CAIR) today released the second in a 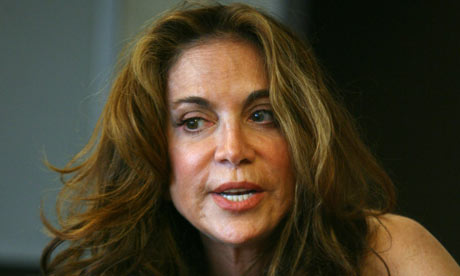 series of Islamophobe profiles documenting the individuals and organizations involved in spreading anti-Muslim bias in the United States.

This profile examines Pamela Geller, the "caustic mouthpiece" of the Islamophobia movement. She was cited today in an exclusive report by Reuters news agency exposing the American anti-Islam groups that support the extremist anti-Muslim views of Dutch politician Geert Wilders. Geller is also the person behind anti-Islam public advertisements going up in cities nationwide.

"Geller's organization Stop the Islamization of America (SIOA) is designated as a hate group by the Southern Poverty Law Center (SPLC), which also named Geller as a member of the 'anti-Muslim inner circle.' The United States Patent and Trademark Office refused to grant SIOA a trademark because: 'The applied-for mark refers to Muslims in a disparaging manner because by definition it implies that conversion or conformity to Islam is something that needs to be stopped or caused to cease.'

"SIOA is an outgrowth of a similar group in Europe that seeks to block the construction of mosques on that continent. Its sister organization, Stop the Islamization of Europe, 'considers Islamophobia to be the height of common sense.'"