The newly minted 2020 US Open champ
Naomi Osaka is not only a trailblazing tennis star, but the barrier-breaking athlete is also an outspoken and inspiring advocate for racial justice around the world.

As early as 1689, enslaved Africans fled from the South Carolina’s to Spain controlled Florida seeking freedom. These were Africans who formed what is known as the "Gullah" culture and developed an Afro-English based Creole, along with African cultural (i.e. Jumping the broom), and other tribal leadership structures.
Realizing that Spain’s acceptance of them was mainly centered around their desire to use them in warfare against the indigenous Seminole people to confiscate their land, these Africans which included other escapees from slave ships or exploring parties, banned together and sought refuge in wilderness areas in northern Florida. They became allies of Creek and other Natives.
Then known as maroons, The Black Seminoles were by far the most extensive Black community in North America during that time. The name comes from the word "simanó-li", which means people who live by themselves.
Florida had been a refuge for the fugitive enslaved for at least 70 years by the time of the American Revolution. Over time the Creek were joined by other remnant groups of Natives, such as the Miccosukee, Choctaw, and the Apalachicola, and formed other communities.
In the 1850s, when the maroons relocated to Mexico, or Oklahoma through the "Trail of Tears", they adopted the name Mascogos, a Spanish term that referd to their Muskogee-Creek origins in the Southeast. On their return to the U.S. in the 1870s, the group became known as Seminole Negroes but were sometimes called Seminoles or even Seminole Indians. Descendants today continue to use different names, but a majority of English-speakers have settled on Black Seminoles, the term adopted by modern historians.
Despite the name, not all members of the community were traditionally allied with Seminole Indians. Out west and even in Florida, the community absorbed former slaves of the Creek and Cherokee Indians along with black refugees from a variety of circumstances. In Mexico over the last century, the Mascogos intermarried with local residents, creating a diverse contemporary population. Living descendants of the the Black Seminoles include DJ Homicide and comedian Chris Rock.
-BHMD
Poster Art by: R.R. McCants

Steve Biko, the young African with the heart of a lion. He was full of passion and love for Africa. On 12th September 1977, his blood was spilled to give voices to many of us. His only crime was that he was against the oppression of his people on their own land.
Never forget who your oppressor and enemy is, when you forget your history it will repeat itself today and again tomorrow. An Icon and a hero of Africa: Rest in Peace Biko, you are our hero!
The time has come for Africa to write her own history to glorify those who deserve our glorification and not to honor those whom oppressor chooses for us to honor! We love Africa and forever shall we live for Africa...

Fidel Castro arrived in New York City on Sept. 18, 1960 to address the U.N.. He stayed at the Hotel Theresa in Harlem where he met with Langston Hughes, Malcolm X and other leading figures in the Black community. #OTD #Fidel #Cuba #MalcolmX #Harlem

Cpl. Bilal Mahmud U.S.M.C, I agree with this young Marine...Where is our love? 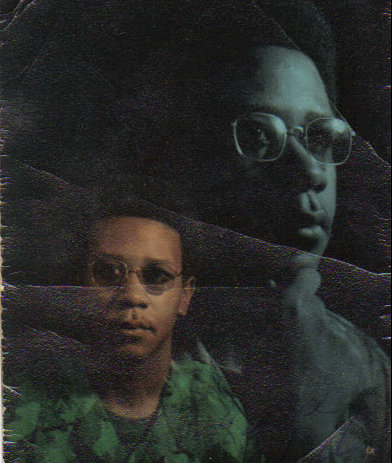