In Brazil, the location of the 'Sea Dragon's' tomb was a mystery for a century. Until a University of Florida student stepped in. How'd he discover the tomb of the man known for ending slavery there?

In Brazil, the location of the 'Sea Dragon's' tomb was a mystery for a century. Until a University of Florida student stepped in. How'd he discover the tomb of the man known for ending slavery there?

"The African historian must be on a relentless search for truth and must not tremble with fear when that truth is contrary to what one would prefer to believe."
--Chancellor Williams, author of Destruction of Black Civilization 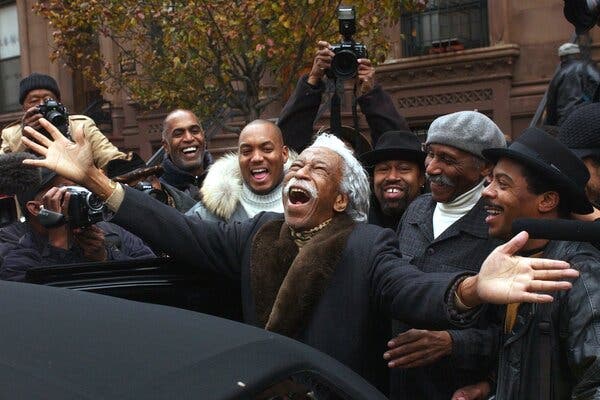 Because this year marks the 50th anniversary of his groundbreaking 1971 film, “Shaft”; because two fine shows of his pioneering photojournalism are currently on view at the Jack Shainman galleries in Chelsea; because a suite from his influential 1957 series, “The Atmosphere of Crime,” is a highlight of “In and Around Harlem,” now on view at the Museum of Modern Art; and because, somehow, despite the long shadow cast by a man widely considered the pre-eminent Black American photographer of the 20th century, he is too little known, the time seems right to revisit some elements of the remarkable life, style and undimmed relevance of Gordon Parks.

Full Article:  And in the Beginning, There Was Gordon Parks - The New York Times (...

When I heard that they were turning the best-selling book ‘The Reason I Jump’ into a full-length documentary film I was SO excited. For those who haven’t read the book, yet it was written in 2007 written from the perspective of a nonspeaking 13-year-old boy in Naoki Higashida. The book was later translated to English which made it rise in popularity even further! I gave it a read after seeing Jon Stewart mention it when he was the host of The Daily Show.

The 82-minute documentary looks at the lives of 5 autistic people’s families from four different continents with an emphasis on nonverbal autism.

This film can be important for our community for so many reasons.

Remembering today the 50th Anniversary of the weeklong white supremacist attack on the Black community of Wilmington, NC in 1971 that led to the unjust incarceration of the Wilmington 10, sentenced to 282 years in prison. #PoliticalPrisoners #TheStruggleContinues @NAACP

The Picture Of The Century