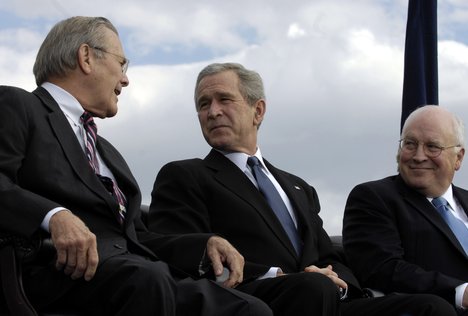 "To understand the phenomenon of serial murder in America, it is first necessary to have some information

Evidently, twelve U.S. soldiers are facing trial over a secret "kill team" that shot Afghan civilians at random and blew them up with grenades. The kill team then collected fingers and other body parts as trophies. So far, evidence has revealed that the soldiers killed for sport, as well as a violent assault against a fellow soldier who exposed the murder ring. It was also reported that some of the soldiers, who were operating in Kandahar, posed for photographs alongside their murdered victims.

While it can be argued that severe frustration in childhood and adolescence builds up a reservoir of anger toward others that may later result in violent acts, including murder,(2) what cannot be debated is that America is the most violent and aggressive nation in the world. Not only does the U.S. as a whole have a culture of violence, but there are many features of American society that contribute to the propensity for violence (and, in the extreme, murder), including a capacity for serial killers to exist and thrive.(3)

Psychologists and Sociologists have noted that American subcultures have developed in which aggression and violence have become acceptable and even the norm, specifically in strongly conservative political regions and where gun ownership is extremely high.(4) An emphasis on immediate gratification, the anonymity and depersonalization that occurs in dense urban areas, celebrity role modes that emulate violence, and a strong desirability of comfort or "thrills" and "highs" have added to an increase of serial killings.(5)

Still, a high level of resentment, a strong tendency to blame others for misfortunes, and the acceptance of interpersonal violence as a way of solving interpersonal conflicts(6), have added to an increase in white-collar and green-collar serial killers. Thus, while the general public deplores violence and murder and would like lawmakers and politicians to solve the problem, at the same time, this same general public pays to view violent, murderous and senseless films and video games.(7) They happily applaud leaders who start wars, even if it costs the lives of their own sons and daughters and tens of thousands of innocent civilians.

Although there are many definitions for serial killers, it is essentially synonymous with a sadistic lust for murder.(8) Collectively, white-collar and green collar serial killers have a sadistic lust for war and killing. These serial killers can be divided into the categories of visionary, mission-oriented, and power seekers.(9) While the minds of white-collar and green-collar visionary serial killers are gripped by bizarre delusions and hallucinations of achieving grandeur and fame through violence and war, mission-oriented serial-killers see themselves as avenging crusaders, ridding society of "undesirables" and "foreigners."(10)

Another type of white-collar and green-collar serial killer is the power seekers. They have an urgent need to assert their supremacy over helpless victims, and to compensate for their own deep-seated feelings of worthlessness, anger and hate by completely dominating other human beings.(11) One serial killer confessed to an essential motive: "To have complete mastery over another person, to make them a helpless object, to be an absolute ruler over them, to become their God. The most important radical aim is to make them suffer, since there is not greater power over another person that that of inflicting pain on them."(12)

(A fourth kind of serial killer is hedonistic, or those who kill because it feels good and provides an intense thrill or sexual, pleasure.(13) There is proof that this too was a motive for some of the white-collar and green collar serial killers.)

Since white and green-collar serial killers have a predatory nature-spending most of their time, energy and resources in stalking their victims, for them it is only natural to remove items from their victims preserving them as precious keepsakes.(14) Much like big game hunters, they view people as nothing more than game animals to be killed and butchered. Their preemptive wars, bloody occupations, and military missions are like the "hunt" itself. Wars and the "kill" creates an addictive "high." While some trophies and "souvenirs" seem mundane-enemy insignia and weapons-the hideous of all trophies, of course, are human body parts.(15)

The most shocking and revolting trophies are entire nations subjugated for sport by white and green-collar serial killers-along with millions of their enablers and collaborators. From Abu Graib and Saddam Hussein's 9mm Glock pistol, taken when he was captured and that will be displayed at Bush's presidential library, to cut-off fingers and other body parts of innocent Afghan and Iraqi civilians; there needs to be criminal investigations and trials into serial-killer minded nations, including their economic and military systems, that produce white and green-collar serial killers with characteristics of self-indulgence and supremacy.

Perhaps next time, then, hundreds of thousands of murdered victims, and a world held hostage, will be avoided.