Born in Philadelphia, PA.,  Ayub Basufyaan accepted Islam at the age of twelve, and travelled to the middle-east to further 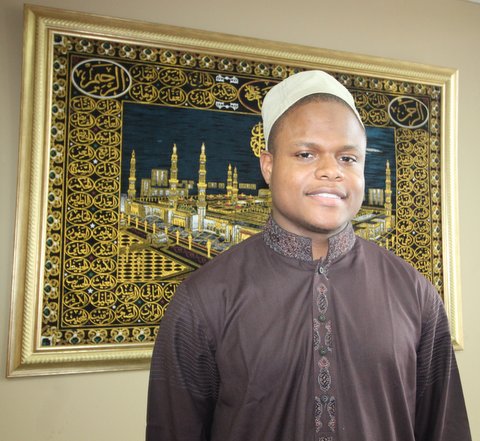 his studies at the tender age of sixteen. In Yemen, he studied Uloom (various Islamic sciences), became fluent in Arabic language, and studied the Quran. He returned to the states in 2010 and attended Georgia Islamic Institute from which graduated in 2013. After seven years of service in Duluth Georgia and surrounding communities, he founded The Inkwell Institute to focus on minority and at-risk youth issues. He hopes to develop mentors that will assist in tending to the needs of their communities.

During Ramadan 1438 A.H. Usthad Ayub took on the arduous task of leading the Taraweeh prayers in the Atlanta Masjid of Al-Islam.  During the month Usthad completed the recitation of the entire Quran in 27 days, completing a little over one thirtieth each night in eight Rakats.   We thank our young brother for taking on, and completing this enormous task during this blessed month.

He currently serves as spiritual advisor, mentor, lecturer in various communities around Georgia