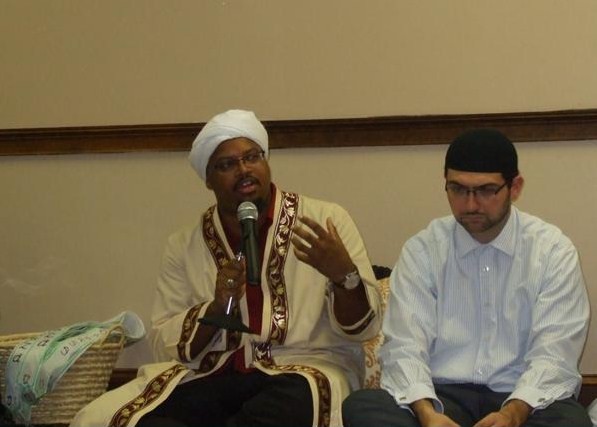 Ustadh Khalil Abdur-Rashid was born and raised in Atlanta, GA. Raised a practicing Muslim, Ustadh Khalil attended Georgia State University and majored in social work. While studying in the university, ustadh Khalil also pursued traditional studies in various Islamic disciplines, including Quranic recitation, Islamic law (fiqh), Arabic language, and aqîdah. He received his license (ijâza) in Quranic recitation in the Hafs narration from an Azhar trained shaykh, shaykh Dia al-Din, along with a license (ijâza) in principles of Islamic law (qawâid fiqhiyya) from shaykh Abdullah al-Erfaj. Ustadh Khalil then traveled to Damascus and Tarim to further his Islamic studies. Specifically in Tarim, Ustadh Khalil studied Islamic law, Arabic grammar, Sufism, and specialized in the fiqh of marriage and divorce, eventually obtaining a license from Habib Omar in a text of family law authorized by his father, Habib Muhammad bin Salem bin Hafiz. He also obtained a license from shaykh Muhammad Ninowy in the traditional text al-Aqîdah al-Tahawiyyah.

Upon graduating from the university, and after some years of working for the state of Georgia as a social worker, ustadh Khalil began teaching modern standard Arabic full-time at Georgia State University, and continued his informal teaching in the Muslim community in Atlanta at various mosques. After some time at Georgia State, ustadh Khalil relocated to Istanbul, Turkey to continue his formal and informal studies in Islamic law and its related disciplines. While in Turkey, Ustadh Khalil acquired knowledge of Turkish and Persian, and enrolled in the Islamic law graduate program at Marmara University. Currently, he is completing his master’s degree in Islamic law (in both usûl al-fiqh and fiqh), writing his thesis in Turkish in the area of Islamic family law. Ustadh Khalil is also completing his traditional studies in Islamic law, methodology of Islamic law (usûl al-fiqh), methodology of hadith (usûl al-hadith), and Arabic linguistics (ulûm al-âlah). He is scheduled to receive his full license (ijâza al-ilmiyya) in Islamic rational (aqlî) and textual sciences (naqlî) in the summer of 2010, and will begin his Ph.D in the area of Islamic law and bioethics at Columbia University in New York City in September of 2010.
Received: