Trayvon Martin: Over 5000 people rallied on the steps of the State Capitol in downtown Atlanta

On Monday, 26 March 2012, over 5000 people rallied on the steps of the State Capitol in downtown Atlanta, Georgia.  The 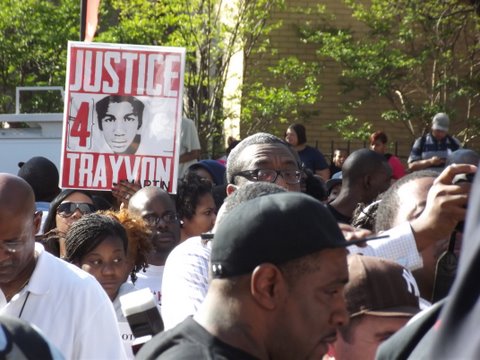 Article by:  Mansour Ansari...Photos by:  Abu Ruyaa
massive rally started on time at 5:30 and people were still arriving well after 6:30.  It was very peaceful and accomplished the goal of sending love to the family of Trayvon Martin and condemning and calling for the swift arrest of the shooter Zimmerman. 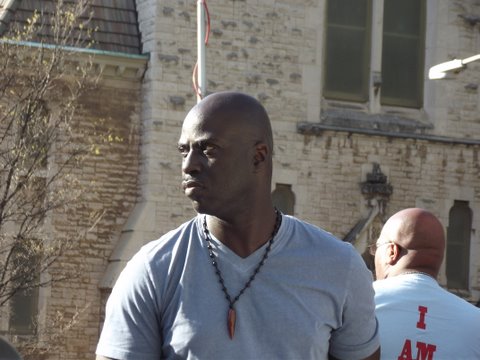 On the stage were several local luminaries who gave impassioned speeches about the case while leading slogans like "We are Trayvon Martin." and "No justice, no peace."  Most noteworthy among the speakers and the thousands of attendees were the large percentage of young people of college age and even younger.  Especially noticeable were the several parents who brought their young children to observe this public outcry for the senseless loss of life inflicted on a young man who prodded the fear of the self-appointed neighborhood watch man. 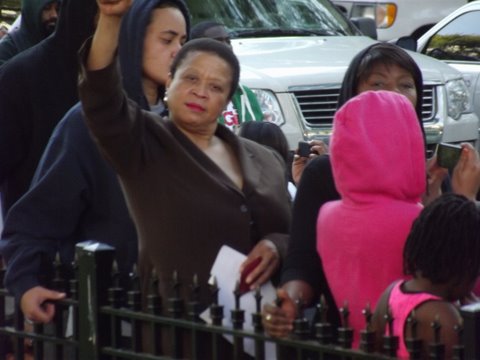 Many thanks go out to the hosts of WAOK 1380AM, namely Derrick Boazman and Lorraine Jaques-White who gave the rally the energy and color that was so unique and exciting.  As they introduced the speakers, including many organizers from Clark Atlanta University, they kept the momentum and focus of the rally front and center.  WAOK is truly one of the media breakthroughs for Atlanta and you should not miss Lorraine Jaques-White 6-10am weekdays and my main man Derrick Boazman from 4-7pm.  In this way, you can keep up with this and many other cases and issues relevant to the community.