The Silence Of The Lambs ( Muslim Silence over the Khashoggi Murder)

The Silence Of The Lambs ( Muslim Silence over the Khashoggi Murder) 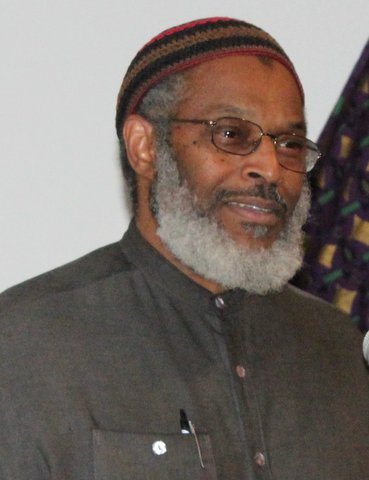 By Imam Nadim Sulaiman Ali 11/26/18
Or that cause We decreed for the Children of Israel that whosoever killeth a human being
for other than manslaughter or corruption in the earth, it shall be as if he had killed all mankind, and whoso saveth the life of one, it shall be as if he had saved the life of all mankind. Our messengers came unto them of old with clear proofs (of Allah’s Sovereignty), but afterwards lo! many of them became prodigals in the earth.(Qur’an, 5:32)

Unjust killing is abomination in Islam, and when Muslims engage in this behavior It sully’s the religion in the eyes of the world.

When I heard about the murder of Jamal Khashoggi I was shocked that such a blatant act had been committed by representative of people who have labled themselves as “The Custodians Of The Two Holy Mosques”.

The leadership of the Kingdom Of Saudi Arabia has been implicated in a heinous crime that is unbefitting of people who pride themselves on being the hosts of millions of people in the annual hajj.
As Muslims we cannot remain silent while this brazen act goes unpunished.

The Kingdom Of Saudi Arabia has not been angelic in its treatments of those convicted of serious crimes with in their boundaries.

Within the last three years they have executed nearly 500 people in their effort to implement the Shariah.
Its interesting to note that the only time the Shariah is implemented is in the murder of people usually from lower economic statuses.

It is rare that they imprison or execute people who are from higher economic statuses or people who have whats known as “wa’sta” or influence.

Where is the Shariah when the following acts are committed?
- The bombing of defenseless women and children in Yemen.
- The disregard for the crimes of the top 1% especially members of the royal family.
- The abhorant actions that many of the Saudi 1% engage throughout western countries.

- The disregard for the poverty that occurs throughout the Muslim world while many of the elite engage in gluttonous behaviors.
The shariah is not just used to justify or rationalize a purge of perceived enemies of the state.

By some reports member of Saudi security entered the sovereign state of Turkey, and lured the journalist Jamal Khashoggi into the embassy, strangled him, dismembered him, and dissolved his body in acid.
Where is the shariah in these actions? Is this behavior of the Shariah or of The Shaitaan? If these allegation are true I question the Islam of the perpetrators of this crime.

Muslim scholars who are quick to criticize the attire of other Muslims must take a more active role in the criticism of Muslim political leaders who engage in abhorrent behaviors.

As Muslims from the West we must not be silent when Muslim majority countries engage in actions that are inconsistent with the values of Islam.

We must seek to right wrongs no matter who does it, and we must define specific means to accomplish it.
Lets start by committing to the following:
- Contacting the elected representatives to seek the cancellation of arms sells to the Kingdom Of Saudi Arabia.
- Writing to the Organization Of Islamic Conferences and the United Nations to seek a transparent investigation of the Khashoggi murder.