The Muslim Mission in America

The Muslim mission in America is expressed in the Qur’an, Chapter 22, Verse 41. 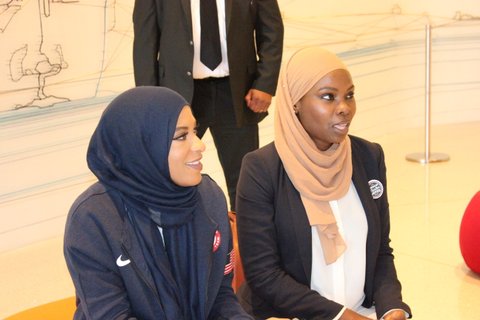 He, the Exalted, says:

“Those whom Allah has established in the land establish the salah, pay the zakah, urging people to do what’s right, and forbidding them to do what’s wrong.”

Given a certain amount of freedom, Muslims are commanded to do four things:  (1) develop spiritually by establishing the salah, (2) develop financially by collecting the zakah, (3) develop socially by urging people to do what’s right, and (4) develop politically by forbidding them to do what’s wrong.

Muslims, wherever they live, are urged to form neighborhoods.

The Prophet (pbuh) said: "I am not responsible for any Muslim who lives among those who associate partners with Allah."  They asked: "Oh Messenger of Allah, why?"  He replied: "You are not able to see each other's fire (home)."  This hadith was recorded by at-Tirmidhi, Abu Da'ud, an-Nasa'i, Ibn Majah, and at-Tabarani.

The masjid is supposed to be located in the neighborhood.  The masjid should be in the neighborhood to facilitate congregational salah five times a day.  This ruling is derived from the following two hadith.  Abu Da'ud, at-Tirmidhi, and Ibn Majah recorded that 'A'ishah said: "The Messenger of Allah (S) ordered the building of the masjid amidst the homes and that it be cleaned and perfumed."  It is sahih (Mishkah al-Masabih, 1:223).  Al-Bukhari and Muslim recorded that Abu Musa al-'Ash'ari said that the Messenger of Allah (S) said: "The most prominent of people to receive a reward for the salah is the farthest of them.  That is, the farthest of them who walks" (Mishkah al-Masabih, 1:220).

Muslim real estate agents are necessary for the forming of neighborhoods. The property tax, the cost of housing, the quality of the schools, the distance from jobs, and the safety of the area are things to consider when deciding where to live. Moving into existing neighborhoods is not the only option. With financing a group may build houses on vacant land or build a sub-division. These are reasons why excellent real estate agents are needed.