The More Things Change, The More They Remain The Same….How Far Have We Come?

The More Things Change, The More They Remain The Same…. 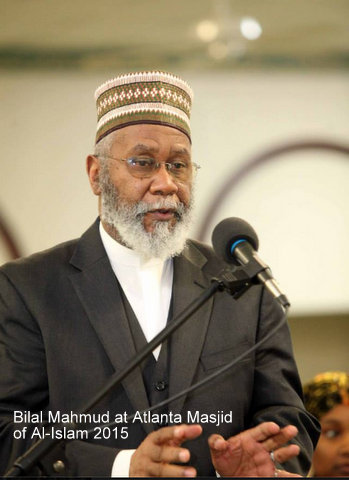 Today, January 19, 2009, as I ponder over how far America has come , or has not come. As someone once said the more things change the more they remain the same.

Yesterday, January 18, 2009, as I walked the mall in Washington, D.C. near the Washington Monument, with thousands of other Americans and people from every corner of the world assembled to witness the making of American history anew. It was an auspicious occasion to say the least. In so many ways it represented the end of one regime and the beginning of a whole new and refreshing era.

We pray with the emergence of this new leadership, there will be a more just and equitable dealing with citizens and non-citizens, with regards to the “War on terror”, and the maintenance of National Security.

As many of us know all too well over the past eight years many Americans have had their basic civil rights violated with no recourse, or redress available. In many of those incidents, those accused or suspected of some violation of the law were found to be totally innocent of all charges. That being the case, once one has been named, or accused it is tantamount to attempting to unring a bell. When the repetition of an individual is destroyed it becomes virtually irreparable.

As I am inclined to rejoice a victory on one front, i.e. the presidency of Barak Hussein Obama , there is the pessimist in me that wonders will there be any drastic changes in how Muslim, or people with different sounding names are dealt with when it comes to National Security issues, or their being able to move about in society as all other Americans are able to do.

Some may wonder, from what prospective am I making these evaluations. With much sorrow, I can make them from a first hand prospective. We have always heard that lady justice is blind, but we never had her to be a lackey of bigotry. Normally if someone is designated as a threat to national security, there is a due process that is afforded them.

August 2004, I was designated a threat to national security, and was subjected to certain punitive measures without any due process. Being innocent and having full knowledge of that I contested such ludicrous allegation, even to the extent of testifying before U.S. Congressman John Conyers, in October 2004. Following an investigation it was determined that the allegation were in fact bogus.

Once it was determined that said allegation were bogus and contributed to the violations of my civil rights, the course of litigation was perused. Initially our case was filed in U.S. Federal Court, we were denied. We filed an appeal in the U.S. Appellant Court, also denied. Not being deterred by those two denials we filed a writ in the U.S. Supreme Court.

Having been born and raised in the United States of America and having witnessed the many strides of progress made in the area of civil rights in America. The denial by the U.S. Supreme Court just solidified the saying “The more things change the more they remain the same. “