The Man behind the Mountain...The Chuck Burris Too Few Knew...

The Man behind the Mountain 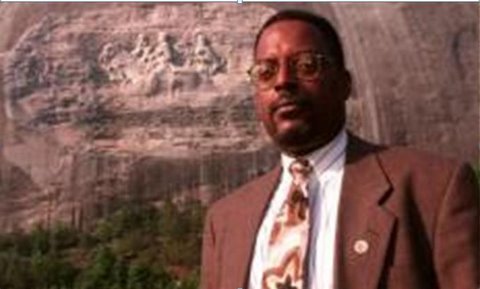 It was at my father’s dedication in which a bridge in Dekalb County, Georgia was named after him in honor of him that I truly saw first the first time how he affected people. At the dedication, which was sponsored and lead by his 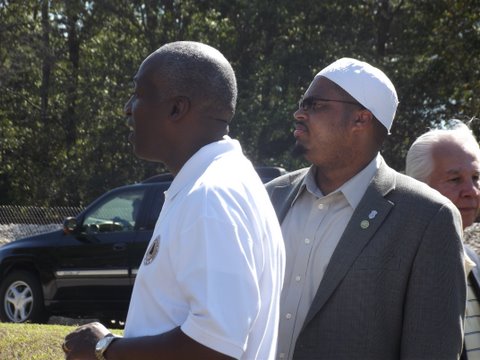 longtime friend, Representative Billy Mitchell, I sat in the audience listening to person after person recount their own tales about my father and how great a man he was. I couldn’t help but think that I too could share stories and anecdotes about him. I remember my first family meal at the age of 6 years old with my dad. We sat down on the hard wood floor in what became the first home I ever knew and remember, at 646 Atwood Street in Atlanta, Georgia. I still remember the address which is symptomatic of the many pleasant memories that are still with me to this day. I remember the first movie I ever saw in the theatre with my dad, Enter the Dragon staring Bruce Lee and featuring Kareem Abdul-Jabar. It was from then on that I would pursue, with added encouragement from him, martial arts. I remember sitting on the back of his motorcycle, practicing martial arts with him, and even watching him slaughter chickens in the back yard. I recall his sword and gun he possessed and kept in his closet; I remember his secretary and his office in downtown Atlanta; and I recall his comforting me in times of sadness and disciplining me when I got out of line. These precious things I never got to share at the dedication nor was I asked to.

As his only son, and the oldest of the 4 biological children he begot, I consider it a responsibility to be the one to pen the concluding paragraph about my father, the man he was, and to offer a glimpse into what his legacy may mean to all who read and think about him. He was definitely a student of the honorable Dr. Martin Luther King junior; he was a campaign aide to former mayor Maynard Jackson; and yes he was the first black mayor of the city of Stone Mountain, Georgia. Since it is this latter part which usually raises eyebrows then it should be fitting that I mention the side of Chuck Burris that most never knew about him – the man behind the mountain. 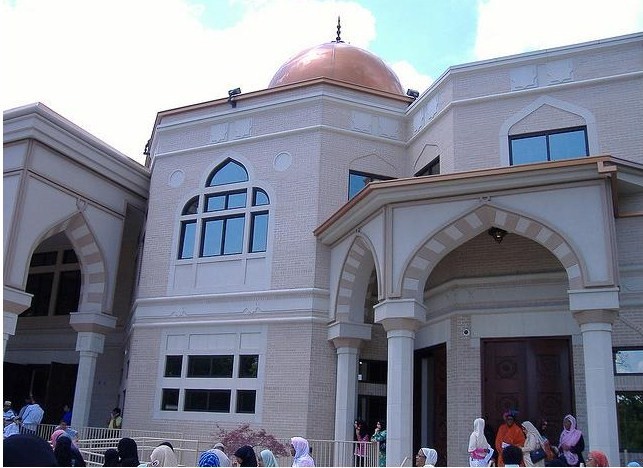 He was a pioneering figure and a founding member of the largest mosque today in the city of Atlanta, al-Farooq Mosque. Indeed he was the one who got the land chartered for the mosque, as I recall. My father read, wrote, and spoke colloquial and modern standard Arabic. I have seen his notes and handwriting in Arabic. He traveled to Medina University in the early 80’s to learn Islamic theology and Islamic law. By then, he already had a law degree from John Marshall Law School and worked for the city of Atlanta. In fact, my father was a practicing Sunni Muslim since at least 1980, but only after his initial conversion to Shi’ism in 1978-79. He would leave later Shi’ism for in 1979, during the Islamic Revolution in Iran, his Shi’ite teacher left to return to Iran and my father converted to Sunni Islam due to the fact that there was simply no one around to teach him. It was he who would convince my mother to become Muslim and it was he who would change my name. I was born Charles Edward Burris junior in 1975. My father was an avid reader and possessed an insatiable appetite for books. He had memorized some of Shakespeare and loved poetry as well. I remember strangers coming into our homes from the Muslim community and checking out books because my father was the only person who had books on Islam. One of his favorite poets was the Lebanese-American poet Khalil Gibran. In addition to his love for poetry, my father loved learning Arabic. He had an Arabic teacher from Nigeria, a dignified scholarly man by the name of Shaykh Abdur-Rashid. It was out of my father’s affinity and respect for these two men, and their role in shaping my father’s intellectual and spiritual life, that moved my father to legally change my name from his namesake to theirs – and thus I became Khalil Abdur-Rashid junior early in my childhood, but only after my father was to legally become Khalil Abdur-Rashid senior.

It was only after returning from overseas, parting ways with my mother, and preferring a life of public service that my father chose to keep his Islam outside of the public eye. At times, he would attend a church ceremony here and there, but when I would ask my father about it, he would reply that this was something he had to do and that he “would never give up believing in ‘There is no other God except Allah and Muhammad is His final messenger’”, the famous declaration of faith that renders a person Muslim. He would ask me about my daily prayers, as to whether I kept them up; as I got older and became a leader in the Atlanta Muslim community, my primary advisor would be my father. He even listened to a few lectures and sermons I gave. After my father’s most recent marriage, he would prefer to enjoy life with his wife and build a settle down in Stone Mountain. His practice of Islam would go into decline, only to return later during his terminal illness right before he passed away.

His body was washed, shrouded, and prayed over in accordance with the funeral procedure in Islamic law and held in church with a service as a compromise to his dedicated and loving wife, my step-mother Marcia Baird Burris. He was buried in a section of a cemetery in Washington, D.C. which is reserved for non-denominational members of the public. I was in Turkey during my father’s passing away and I did not get the chance to say goodbye in person, although we spoke on the phone before his passing. So it is with this writing that I say farewell and until we meet again, and make a dedication to close the chapter in his life and set the record straight. My father, as long as I have always known him, has always been a Muslim. He converted my mother who is still Muslim to this day, gave me my Islamic name, along with the names of his daughters, my sisters: Sasha Abdur-Rashid, Khadeejah Abdur-Rashid, and Jameelah Abdur-Rashid, all of whom follow in the footsteps of our dad in that they are overseas now. Sasha is pursuing scholarship at an Islamic seminary for women. She is a trained nurse, former employee of Emory Crawford Long Hospital and mother of 9; Khadeejah is a graduate of Emory University and is also overseas raising a family and working as a stay at home mom, mother of 4; Jameelah just completed her master’s degree in computer programming and is now pursuing her doctorate. She is currently teaching and doing research overseas and also a mother of 4. I myself am pursuing my doctorate at Columbia University and serve as the Muslim Religious Life Advisor on campus. I choose to reveal this side of my father’s family because he never chose to hide it and would not have wanted it hidden. My father detested dishonesty and underhandedness.

He himself came into this life as an orphan. He was left on someone’s doorstep immediately after birth. Were it not for the kind heart of the woman who took him in perhaps he would not be who we knew him to be. That woman I would later come to know as my grandmother from Louisiana. She was a kind hearted, educated woman of the church and took ownership of duties and responsibilities when others waited around. It was from her that my father would later learn to take ownership and responsibility and this was where he received motivation to run for office. He stood up when others sat down but he inherited this from my grandmother, the woman who opened her door and arms for him. Later on, my father would return the favor, for after he became Muslim, she too would become Muslim and I have fond memories of performing the daily Muslim prayers with her as well before she would pass.

It was indeed a short chapter of the Quran that mentioned honoring the orphan which influenced my father’s conversion to Islam. When my father would pray and recite that chapter, he would always cry. It is the 93rd chapter of the Quran. Dear father, as I make this tribute to you, I leave you with what you left us:

“In the name of Allah, the Most Glorious, the Most Merciful

By the glorious morning night; and by the night when it is still.

Thy Guardian-Lord hath not forsaken thee, nor is He displeased.

And verily the hereafter will be better for thee than the present.

And soon will thy Guardian-Lord give thee that wherewith thou

Did He not find thee an orphan and give thee shelter and care?

And He found thee wandering and He gave thee guidance.

And He found thee in need, and made thee independent.

Therefore, treat not the orphan with harshness,

Nor repulse the beggar.

And the bounty of thy Lord – Proclaim!”