The Devil’s Deception of the Modern-Day Salafiyyah Sect, by Shaykh Luqman Ahmad

The modern-day Salafiyyah, or Salafiyyism, or the Da’wah Salafiyyah has done much to highlight the Sunna of the 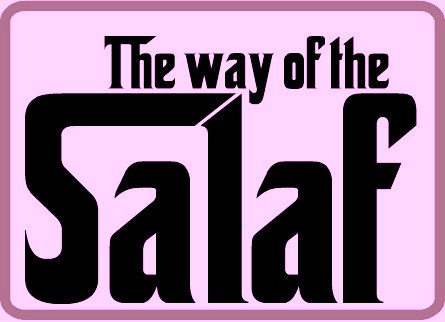 prophet (SAWS), and its importance. However, in the process of spreading this “da’wah”, many of its proponents have perhaps unintentionally made casualties out of the very persons for whom the so-called “da’wah Salafiyyah” was intended. The Salafiyyah movement; the puritanical return to the Quran, the Sunna and the way of the early Muslims has prompted many Muslims to embark upon the study of Islam and understanding of the sacred texts. To their credit, the Salafis have contributed to many positive consequences in the United States. In the masaajid, on campuses, in the prisons, on the Internet, and within people’s households,

Salafiyyism has been an effective tool for propagating Islam, especially in the prisons and inner cities of America. It articulates many of the present-day ailments caused by the lack of knowledge of the Quran and the Sunna, although the Salafis are not the only ones to be merited for this awakening. Still, they have been effective on this front. However, along with the good Salafiyyism has produced, it has rendered much confusion amongst the Muslims in the United States. It has left a trail of disarray, enmity, disunity, and spiritual desolation.
In many instances, Salafiyyism has literally ripped communities and masaajid apart; turning friends into adversaries’ allies into competitors, brothers and sisters into strangers. Perhaps this was not their intention. Certainly it was not the intention of the Prophet (SAWS) that Muslims are reduced to defending themselves from each other while they are incapable of defending themselves from the non-muslims. The Prophet (SAWS) said: “Do not revert after me into kuffaar, striking the necks of each other”. And Allah sub’haanahu wa ta’ala clearly states: “And be not like those who separated and differed after clear explanation has come to them. For them is a grievous chastisement”, 3:105 aali-Imraan.
The modern-day Salafis espouse many points and views, of which many are contradictory or vague. Some of their views and attitudes directed towards Muslims contradict clear religious texts, such as the practice of some of them of refusing to return the salaams given by other Muslims, or the refusal of some of them to allow entry into the masaajid of Allah for women who are not covered in black. For many practicing Muslims, Salafiyyah is a bitter dose of questionable medicine. No one committed to this religion rejects the Salaf as-Saalih or the principles on which they agreed. However, the Salafis and their modern-day da’wah do not suit the tastes of all the righteous. Too much of their methodology revolves around character assassination, claims of monopoly on Allah’s guidance, a fanatical obsession with uncovering the faults of the Muslim, and a curious silence regarding atrocities committed against Muslims.
Granted there is good and bad in most people and in most groups. The Salafis are no exception to that; Many Salafis are god-fearing, practicing Muslims of good conscience, who strive to do good and maintain the integrity of the deen and of the sunna. However, many of the salafiyyism’s adherents exhibit ominous proclivities to the bad and the harmful, not withstanding their ignoring the sacred with respect to the rights, blood and honor of Muslims. Regardless of what the salafis or anyone else espouses, actions speak louder than words. So even if they say, “we are only trying to bring the Muslims together”, their actions tell the real story..
Salafiyyism as presented by its modern-day adherents is not a simple methodology. It is a myriad of ideals, slogans and tendencies which burdens the average Muslim with understanding complex issues of theology, jurisprudence, exegesis, hadith methodology, language etc. It effectively abrogates the simplicity of tawheed and gradual assimilation of the Quran and Sunna, and replaces it with unreasonable demands of immediate perfection, scholarly exactitude and academic finesse on average Muslims and many times, new converts to Islam.
The demands of modern-day hard-line Salafiyyism can be compared to assigning new army recruits to advanced weaponry before they finish basic training. This has produced a cadre of Muslims who now consider themselves the sole inheritors of the “Salaf” the Righteous Predecessors, a notion that has further split the Muslims in the United States as well as places across the globe. This is particularly visible amongst indigenous American Muslim communities, most of whom are African American. The truth of the matter is that any one of us are subject to being decieved. No one is completely safe from Shaitan’s manipulation, and no one is completely safe from Allah’s wrath. Therefore, we seek refuge in Allah from the accursed devil and we humbly ask Allah for His guidance and mercy.
Shaykh Luqman Ahmad
Taken from the upcoming book by Shaykh Luqman Ahmad; ‘The Devil’s Deception of the Modern-Day Salafiyyah Sect’ due out in June 2012. To be put on a list for an advance copy of the book, email us @ lotustree.usa@gmail.com, with the subject; ‘Salafi Book’.