The journey for these seniors was intense and ambitious. They juggled the demands of work, school and life with a maturity beyond their years without losing sight of graduation day.

Not homelessness, illness or a full-time job could derail them from achieving their personal best.

Among the thousands of students to graduate this month, they became master multi-taskers, surprising naysayers and even themselves with their drive to succeed.

Jason Getz, jgetz@ajc.com For months, Washington High Senior Academy student Frederick Dukes (center) hid the fact that he was alone in town and homeless. He sold candy and sodas to raise money to rent a room.

He was left homeless and alone after his stepmother, who brought him from South Carolina junior year, moved away for a job. Dukes stayed because he was determined to get his diploma even if he had to do it by himself.

So he juggled it all -- getting to school on time, getting good grades, finding odd jobs to buy food and clothes. Dukes rented a room for $50 a week from the grandmother of a close friend.

His Washington High Senior Academy teachers were in the dark about his situation. Dukes was too proud to ask for help.

"I keep a smile on my face and try not to let my situation interfere with the person that I am," Dukes said.

The senior would start his day with the sound of three alarm clocks jolting him out of bed. After school, while other students were at football practice or club meetings, he would stay to do homework or go to a friend's house to use the computer. Then, he would canvas the neighborhood looking for work.

He has cut grass, fixed air conditioners, sold Snickers and soda to raise rent money. His school snack business grossed about $250 a week.

Sales slowed down when principal Tiauna Crooms confiscated his candy and began investigating why he needed to raise money.

Dukes got discouraged, but kept telling himself: "This is for the moment, Fred. You are working toward your future. Don't let nothing stop you ... God is not going to give you more than you can bear."

Eventually, he told an adviser the family he was living with was being evicted over Christmas break and he had to find a new place to live.

"It was a low period for him," Crooms said. "Our teachers really stepped up to help."

They gave care packages, grocery cards and referrals for clothes. The safety net of support continues.

"They showed me that they cared," Dukes said. "In the end, that support is what motivated me to keep going."

Dukes graduated Wednesday with a 3.3 GPA and will attend Coker College in South Carolina where his biological mother lives. He plans to study business after his success in candy sales.

“From now on, I’m going up in life," he said. "I refuse to take another step back down.”

Senior recovers from illness to perform a 'super' juggling act 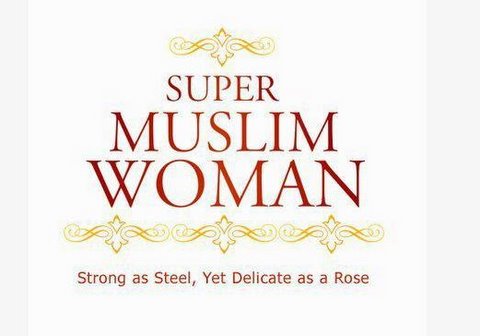 Zainub Dhanani is known as the "superwoman" of her graduating class at Lovett School.

The 18-year-old was a top contender for valedictorian when in January an autoimmune illness threatened her health and chance at the title. She stayed home ill and weak for two months, returning in March with a lofty goal some believed was impossible.

Dhanani vowed to complete three months of homework, her current assignments and those for January and February, before the March 29 cut off to be considered for valedictorian.

"The principal and academic dean said, ‘She would have to be a real superwoman to do that,'" her mother, Dilshad Dhanani of Duluth recalled.

Teachers were willing to lighten her load. But Dhanini didn't want any shortcuts. She set up a study schedule that gave her time devoted to old and new homework. Then, came the heavy-lifting. Dhanini crammed three science research lab studies into a single day and completed about four major assessments each week, including essays, projects and quizzes.

Spring break didn't even stop her. She was testing at Lovett instead of resting on a beach. The workload was overwhelming at times.

"It pushed me to see how much I can handle and made me closer to God," she said.

"She completed every graded assignment, quiz, test and lab," her mother beamed.

She graduated Sunday with more than a 4.0 GPA and the valedictorian title, breezing through nine Advanced Placement (AP) classes.

“Honestly, it was a lot of work,” she said. “I was able to manage it because I had such a great support system. I didn’t want to see all of the work I had done my four years at Lovett suffer because of my last segment of high school. I am one of those people who pushes themselves to be the best they can be."

Dhanani will attend Harvard University, where she says her academic juggling act will pay off.

Phil Skinner, AJC Ciera Dunn went through her senior year at Central Gwinnett High School while working full time at a Walgreens in Lawrenceville. She’s graduating with a solid academic record. College comes next, but she also wants to keep working.

Ciera Dunn raced through senior year in overdrive juggling AP classes and a full-time job because she craved financial independence.

The 17-year-old graduated from Central Gwinnett High School on Wednesday excited – and exhausted. Since August, Dunn has been going, practically nonstop.

First, it was classes until mid-morning followed by a couple of study hours in the library. Then, off to work at Walgreens in Lawrenceville, where the lessons she learned in AP economics took hold as she stocked shelves and rang up sales 30 -to 40-hours a week.

Homework and sleep got wedged in between her hectic schedule.

“First semester was really hard,” Dunn said of juggling. “I spent a lot of time studying at lunch break and doing homework in advance. Time was of the essence.”

No matter how stressful things got, Dunn persevered as if on automatic pilot. She would smile exuberantly and say “Have an excellent day!” to her Walgreens customers and sometimes even to callers who interrupted her power naps at home.

Dunn had the freedom to work full-time because she transferred to Central junior year with advanced classes from a DeKalb County Schools' international baccalaureate program that put her on a fast track. By senior year, she had 21.5 of the 23 credits that she needed to graduate.

The ambitious senior decided to take more AP classes and enroll in a work study program, gladly sacrificing her social life to earn a disposable income.

She saved for college and for a $2,500 silver Toyota that made it easier to get to work, until it broke down recently. She is saving to get it fixed. Dunn skipped prom to avoid the expense of a fancy dress and a limo.

“I semi regret that,” Dunn says.

She teared up with relief after her final AP exam last week admitting juggling was "hard": "Many times, I just didn’t want to get out of bed, but you have to. It puts me in awe, when I look at my co-workers who have families and car notes."

Amazed by her granddaughter's determination, Willie Allen of Decatur said, “I am very proud of her.”

Dunn graduated with a 3.3 GPA and college credits allowing her to skip freshman history and literature. She has been accepted to five Georgia colleges including Georgia State University.

She hopes to commute back to Walgreens to work. She needs book money.

“I want to be an orthopedic surgeon,” she said. “It has always been my dream.”

ASA, for strength and consistancy in doing the right thing. Allah U Akbar!!!