In theory, the Olympics are a respite from the problems of the real world. More than 10,000 of the world’s greatest athletes gather peacefully in one place to compete, as the International Olympic Committee would have it, in the name of a greater human harmony. To preserve the supposed purity of this break from the messy conflicts beyond the Games, the Olympic charter prohibits any “demonstration or political, religious or racial propaganda” in Olympic “sites, venues, or areas.”

You need not be a cynic to know that this goal is at best impossible, and at worst, a bunch of bunk. As transporting as the Games can be, the world’s broader problems are ever-present. That’s especially true at these Rio Olympics, where the host nation is in the middle of an economic crisis and a political scandal that could lead to the impeachment of its president, environmental problems threaten a critical sailing venue and a widespread doping problem casts doubt on the validity of the results themselves. And then there is America’s presidential election, which took one of its nastiest turns yet when Donald Trump criticized the parents of a Muslin-American army captain killed in Iraq after they appeared at the Democratic National Convention.

When the Rio Olympics kick off Aug. 5, Team USA should choose a flag bearer that offers a rebuttal to the storms brewing beyond the Olympic Village, not merely an escape. For that, the U.S. should pick Ibtihaj Muhammad, a Muslim-American fencer who will be the first American Olympian to compete in a hijab.

Muhammad represents the best of the nation. The daughter of a teacher and a police officer raised in Maplewood, N.J., she took up fencing in the eighth grade, in part because the body-length uniform accommodated her Muslim beliefs. She became an All-American in the sport at Duke, where she graduated with degrees in International Relations and African and African-American studies. And she’s an entrepreneur, founding the modest-fashion label Louella to broaden the offerings available to Muslim women. 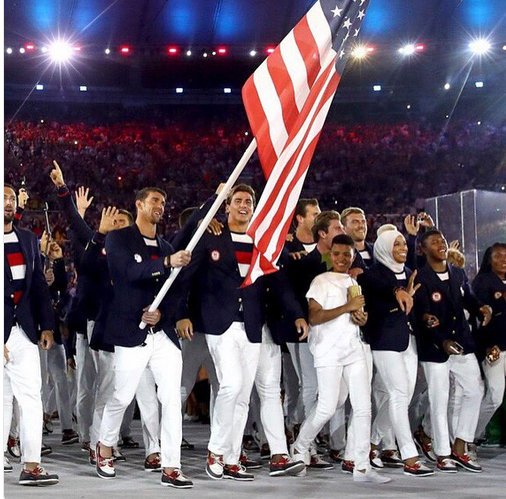 Nor is Muhammad afraid to speak out in defense of her beliefs. After Trump called for a temporary ban on Muslims entering the U.S. late last year, Muhammad told TIME: “When you incite hateful speech and rhetoric like that, the people who say it never think about the repercussions and how that affects Muslims. Specifically Muslim women who wear their religion every single day. So then you start to think, Am I going to be safe?”

Like many of her American teammates, Muhammad is an inspiration to countless people. But choosing her as a flag bearer is a chance to signal something even greater about what America stands for. It would be a win for all Americans––and Team USA’s first of the 2016 Olympic Games. 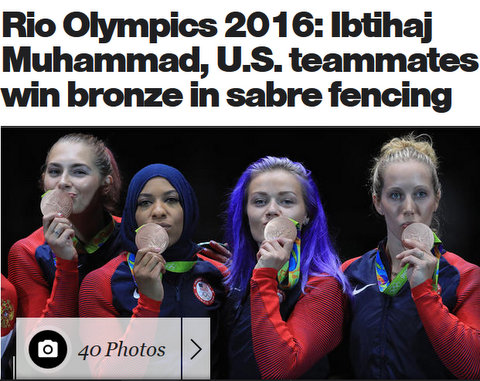 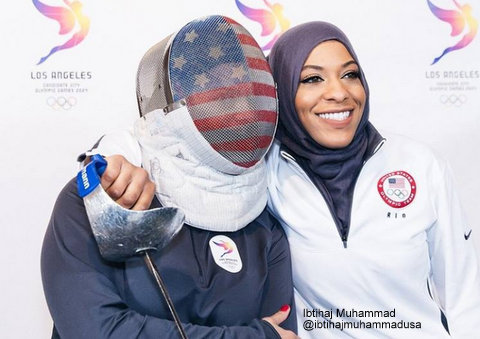 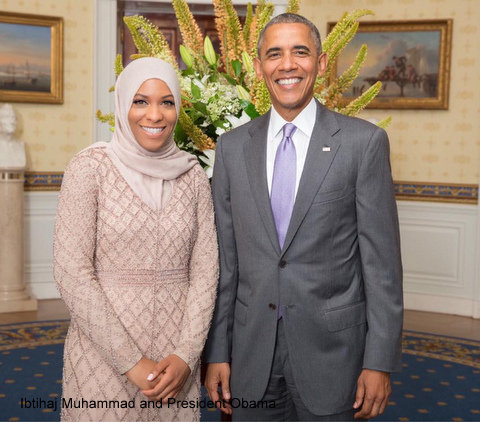 Muhammad breaking down Muslim stereotypes
Ibtihaj Muhammad, a bronze medalist member of the U.S. women's fencing team, says she's showing young girls that they can accomplish anything and is taking a...
youtube.com