Tabitha St. Bernard-Jacobs: The Brain Of A Movement....March For Our Lives!

How March For Our Lives's Student-Powered Protests Sprang Up (& Spread) So, So Quickly

ByErin Delmore
a day ago 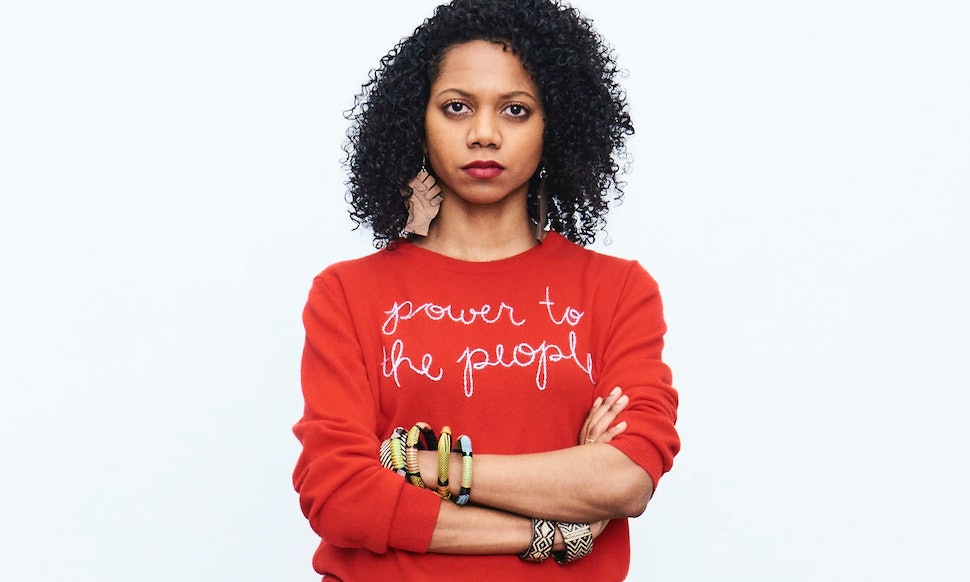 As thousands of students get ready to storm the nation's capital to demand stricter gun laws, there's another group working behind the scenes to make Saturday's March For Our Lives happen. The Women's March organizers, famous for their January rallies steps away from the White House, have been partnering with high schoolers nationwide since a gunman opened fire at Marjory Stoneman Douglas High School in Parkland, Florida, killing 17. The powerhouse coalition is lending its expertise to student activists through weekly calls, in-school trainings, and mentorship from trained "coaches."

"We saw a need to really tend to the voices of young people and to make space for them and we started organizing," Tabitha St. Bernard-Jacobs, 35, Youth Director for Women's March, tells Bustle. She's also a fashion designer whose label, LIVARI, is a women-led brand focused on sustainability and zero waste.

After news of the shooting in Parkland broke, gun violence survivors within the Women's March network and young people involved with the Women's March, known as Ambassadors, called on the extended network to leverage its influence. Calling for gun control is a departure from the pro-feminism, anti-Trump message that drove millions of women to protest in January 2017 and 2018 wearing bright pink "pussy hats" (a dig at Trump's boasts about groping women on the Access Hollywood tape). But now in the wake of Parkland, the Women's March is turning its attention to strengthening the country's gun laws.

"Women's rights isn't just about like, reproductive right or equal pay. Women's rights are rights that affect everybody," St. Bernard-Jacobs says. "These issues that we're talking about like gun violence prevention affect many women all over the country and they have a right to really stand up and say, 'We want safe spaces for ourselves, for our children, for our families,' and as an organization, we stand behind that."