ATLANTA - A Muslim woman is to preach Tuesday during a service in
which Episcopal priests and deacons will reaffirm the vows first taken
at their ordinations.

Soumaya Khalifah, executive director and founder of the Islamic
Speakers Bureau of Atlanta was chosen to preach by Atlanta’s Episcopal
Bishop Robert C. Wright. Wright said he chose Khalifah because of her
ongoing efforts to bridge the gaps between religions.

“Soumaya provides a wonderful example for how to share the love of
God; the same God worshiped by all the world’s Christians, Jews and
Muslims,” Wright said. “It is an example that has never been more
needed.”

The renewal of vows service will be held Tuesday, April 11, at St.
David’s Episcopal Church in Roswell beginning at 11 a.m. The service
is open to the public.

Khalifa, born in Alexandria, Egypt, said she long wanted to share the
rich complexities of her Muslim religion and background with fellow
Americans of different faiths. But she never imagined her first
experience doing so would be after the horrific events of the
terrorist attacks of Sept. 11, 2001. Today the Islamic Speakers Bureau
she founded in 2001, reaches thousands of people, focusing on
education and debunking negative stereotypes about Islam and Muslims.

Among Khalifah’s accomplishments is a 16-part television series on AIB
TV that she hosted titled "Meet Your Muslim Neighbors.” Khalifah’s
work and life story was featured in the book "50 Green Card Stories"
and in the New York Times.

Khalifa holds an undergraduate degree in Chemistry from the
University of Houston and a master's degree in human resources from
Georgia State University. She and her husband Mohamed have 3 children:
Dr. Yousuf Khalifa, Mr. Osama Khalifa and Ms. Yosra Khalifa. Soumaya
and Mohamed have been residents of Georgia since 1988.

Tuesday’s is not the first time this Episcopal service has featured a
preacher from another religion.  In 2015, Wright arranged to have the
renewal service held at The Temple, a Reform synagogue on Peachtree
Street in Midtown Atlanta. The preacher for that service was The
Temple’s senior Rabbi Peter S. Berg.

The Episcopal Diocese of Atlanta is the eighth largest of 109 dioceses
in the Episcopal Church. The Right Reverend Robert C. Wright is the
10th bishop of the 110-year-old diocese comprised of 114 worshiping
communities in middle and north Georgia. More at
www.episcopalatlanta.org. 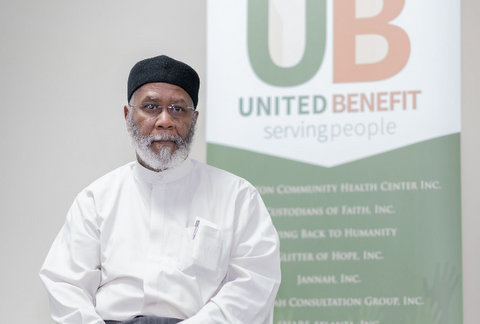 Zakat U.S.A. is a benevolent fund which is a subsidiary of, the Ibrahim ONour Charitable Fund is a non-profit (501-c tax exempt) ,  “apolitical” , benevolent institution dedicated to attempting to meet the needs of the poor and less fortunate in the Muslim,  and Non-Muslim community in the United States of America.  The fund is not connected to any Mosque or organization, Islamic or otherwise, even though we may work in conjunction with other charitable organizations while maintaining our autonomy.
The primary criterion use to distribute funds entrusted to the fund will be the eight categories mentioned in the Quran regarding Zakat…
The fund is administer by Imam Bilal Mahmud, Sister Ruyaa Cummings, and Sheikh Khalil Abdur Rashid, who serves as the Religious Advisor of the fund.