لله ما أخذ ولله ما أعطى
الحمد لله رب العالمين القائل في كتابه المبين «ولنبلونكم بشيء من الخوف والجوع ونقص من الأموال والأنفس والثمرات، وبشر الصابرين الذين إذا أصابتهم مصيبة قالوا إنا لله وإنا إليه راجعون، أولئك عليهم صلوات من ربهم ورحمة وأولئك هم المهتدون»، والقائل سبحانه «إنك ميت وإنهم ميتون».
For Allah what is taken and for Allah what he has given
Praise be to Allah, Lord of the worlds,  He says in His book, the most clear «
And surely We shall try you with something of fear and hunger, and loss of wealth and lives and crops; but give glad tidings to the steadfast, (155) Who say, when a misfortune striketh them: Lo! we are Allah's and lo! unto Him we are returning. (156) Such are they on whom are blessings from their Lord, and mercy. Such are the rightly guided. (157)
», and Allah Says, Glory to Him «Lo! thou wilt die, and lo! they will die;». 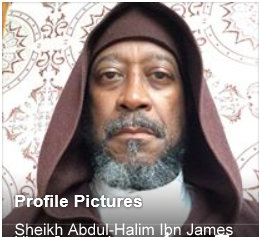 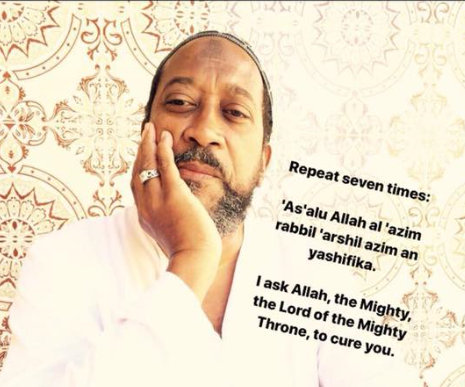 When we first met Sheikh Abdul-Halim, we went to his home to speak to him about Islam, we immediately hit it off, because the two of us had served in the U.S. Marine Corp.  Even though he was an officer I was his senior and I had served in Vietnam.  After some debate, Allah gave our brother the guidance of Al Islam.  At that time Al Farooq was in it infant stage, and he was one of those with us at that time.  That was during the time of Imam Munir Kashlan, when we all were young men , with young children.  Now we are in the later days of our life, we pray that Allah will forgive our brother for his shortcomings  and allow him to enter Paradise.  And we will meet in Paradise, by the permission of Allah!

Abdul-Halim introduced me to Islam (Haqqah Bint-Robert) in 1985. We were married for 33 years.  We have four children; Kamila, Fatimah, AbdulJalil and Safiyyah.  In turn, we also have four grandchildren; Asia, Sayed, Selena and Seriyah.  Islam is The greatest and most valuable gift that Abdul-Halim could have given me, Allahu Akbar !!!

Abi from the moment that he took Shahada and immediately started his first Ramadan right down to the manner of which he returned to Allah (swt), was a stellar example of a Mumin.. It was evident in how he spoke and his actions but especially how he interacted with others. Nothing proves this more than wherever I speak to someone that had an encounter with Abi, both Muslim & non Muslim, they always have a story that incorporates an Islamic lesson or concept whether they know what it is or not.. That’s the Beauty of Al Islam; when you truly believe, it flows out of everything you do and is present for all to see easily.. Rejoicing in the fact that Abi had made

wudu & was preparing to walk to the masjid in order to make Salatul Mahgrib (as was his custom for every salat) right down to being able to state the Shahadatain before he slipped into a coma, gives me something to aspire to .. This is why Abi has always been my hero; he showed me what having ironclad Iman truly is.

My father was a firm believer in Islam. I don’t say this simply because he is Muslim; I state that because it’s true. My Father provided all of his children in addition to my mother,  the best gift Allah (swt) can give a human being which is Al Islam. My father always told me and I quote,

“Remind yourself to lower your temper & humility toward Ummuki!”

My father always reminded his children to be respectful to our mother, for she holds the way to Paradise at her feet. Praying to Allah (swt) was always on his mind, as it should be with us all. For it is our Salat that will be questioned first on al-Qiyāmah. I will forever hold his words dear to my heart and will obey them to my best ability In’Sha Allah.

I’ve always had a profound love and respect for my dear beloved father. As a child I boasted that you are a Marine but as a man I bragged that you lived in a Muslim Country, and now I look up to you because you are amongst the Muminun!

It’s hard to put my feelings into words while referring to Abi in the past tense. Due to the fact that Abi taught me that life isn’t promised but death is, I’ve always clung onto every moment that I could spend with him soaking up his lessons.  Abi taught me everything I know, from how a man is to treat me to what and whom I should consider being worthy of my time but lastly that Allah (swt) comes first before anyone and anything created. Sadly his last lesson is what I am experiencing at this very moment; the absent of his soul from his body.. Even though this difficult time is painful, I know to never question Allah (swt)

I️ remember the first moment that I️ met Abi. He came to pick up my husband and myself from the airport in Detroit, sporting a huge smile on his face. Since the very first time we met, he always welcomed me into the family with open arms. Every conversation you would ever have with him, Islam was always mentioned in some way. Islam was in his heart and that was evident not only by the way he spoke, but also in the way he carried himself. I️ will forever be indebted to him for doing such an amazing job raising the man I️ am blessed to call my husband, AbdulJalil. For every way he instilled Islam into his son’s heart, he inadvertently instilled it into his grandchildren’s hearts. Inshallah he will get infinite blessings for that. As his daughter in Islam, I️ love him and cherish the times spent with him, my daughter Selena will always love and remember her “Abi” and my daughter Seriyah will grow to know all about how amazing her grandfather was.