If you would like to support our mission and work, please donate at:

We are the Streetgroomers
We stand for what is
Right
We fight against what is wrong.
We fight for the people that have been forgotten.

thericeawards.com
Home
he RICE Awards is a celebration of those individuals who work tirelessly to improve lives throughout Georgia. The Rising in Community Excellence Award is given to individuals who demonstrate keen awareness about community needs and step into the fray, lending a hand and making things better. These c... 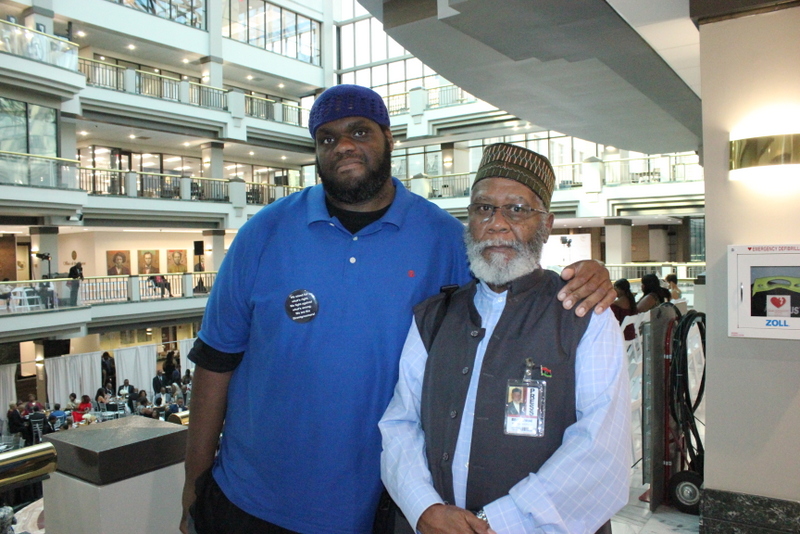 Comment by Bilal Mahmud المكافح المخلص on September 28, 2019 at 11:44pm
By Imam Nadim Sulaiman Ali
Imam Community Masjid West End
Haroun Shahid Wakil is originally from Chicago where  graduated from Leo High, and attended the University Of Minnesota to study business, and played football.
Haroun grew up in areas where street organizations were prevalent, and at one point in his life he participated in gang activity this experience has made him uniquely qualified to relate to the youth of today, and encourage them to refrain from gang activities.
Haroun can be seen working throughout the metro Atlanta area participating in town hall meetings, anti violence protests, and panel discussions all in an effort to improve the quality of life of his adopted city.
As the founder of the Street Groomers organization Haroun and his colleagues monitor children as they are on the way to school to ensure that they safely arrive, challenges developers and politicians whom he feels are ignoring the least among Atlanta’s citizens.
Haroun is a active member of the Community Masjid Of Atlanta in the West End where he helps to secure the worshipers during the religious services.
He is the epitome of an activist who has a passion for helping others.  Haroun has been active with the SHARE House a residence that houses the formerly incarcerated, and allows them to transition back into society seamlessly.  Haroun has a passion for helping.
This passion has earned Haroun the respect of the members of the Muslim and overall Atlanta community.  This also has bought Haroun to the attention of the organizers of the Rice awards.  Lets congratulate Haroun on his continued sacrifice earning him a Rice Awards nomination.

I am Haroun Founder of The Streetgroomers. We might not have won, but we gave them a run for their money. Congratulations to all the RICE Awards winners and nominees for the great work you all do to make our communities better.

✨Thank you Nicole English for nominating me. Thank you to everyone who voted for me.✨

✨✨The Streetgroomers movement is all over now. Just keep praying and standing with us. ✨✨

You can see a slide show of today’s event here:

Check out the slideshow
https://bilalmahmud.zenfolio.com/p711109262/slideshow…

If you would like to support our mission and work, please donate at:

We are the Streetgroomers
We stand for what is
Right
We fight against what is wrong.
We fight for the people that have been forgotten.