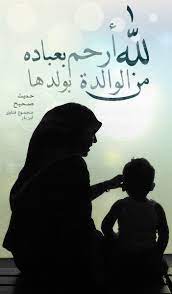 "When she has her first baby, she must manage for another life even more dependent on her personal sacrifices. By the second, third, or fourth child, her days and nights belong almost entirely to others. Whether she has a spiritual path or not, such a mother can seldom resist a glance at the past, when there were more prayers, more meanings, more spiritual company, and more serenity. When Allah opens her understanding, she will see that she is engaged in one of the highest forms of worship, that of producing new believers who love and worship Allah.
She is effectively worshiping Allah for as many lifetimes she has children, for the reward of every spiritual work her children do will be hers, without this diminishing anything of their own rewards: every ablution, every prayer, every Ramadan, every hajj, and even the works her children will in turn pass on to their offspring, and, so on till the end of time. Even if her children do not turn out as she wishes, she shall be requited in paradise forever according to her intention in raising them, which was that they should be godly.
Aside from the tremendous reward, within the path itself it is noticeable that many of those who benefit most from khalwa or ‘solitary retreat of dhikr’ are women who have raised children.
With only a little daily dhikr and worship over the years, but much toil and sacrifice for others, they surpass many a younger person who has had more free time, effort, and ‘spiritual works.’ What they find is greater because their state with Allah is greater; namely, the awe, hope, and love of the Divine they have realized by years of sincerity to Him.”