Shaykh Mouhamadou Mahy Cissé is a Muslim, a teacher, and a consummate 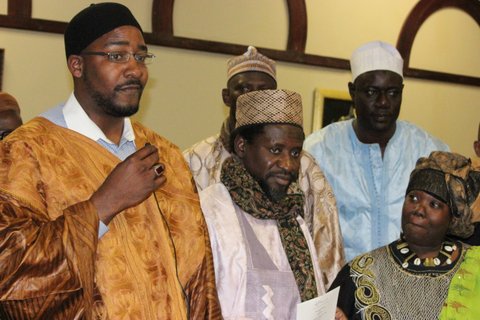 spiritual guide whose teaching and lifestyle transparently reflects the Quran and life of Prophet Muhammad (saw).  At age 12, he completed memorization of the Quran under the supervision of Mauritanian scholar, Abdullah Ould Rabbani.  After extensive studying all the disciplines taught in the Majaalis-al-Ilm under his father, he traveled to Egypt to continue his education.  He holds a bachelor of arts in Islamic Studies and Arabic Literature from Al-Azhar University.  He is the son of Shaykh Sidi Ali Cissé, the first caliph of Shaykh al-Islam, Al-Hajj Ibrahim Abdullah Niass, who is celebrated and well-known throughout the world by the scholarly elite.  He is currently the Director of Studies at the African American Islamic Institute - also known as AAII - an international, non-governmental organization recognized by the UN, founded by his elder brother, the Chief Imam, Shaykh Hassan Ali Cissé.

RAMADAN A TIME TO GIVE TO THOSE WITHOUT IN THE UNITED STATES OF AME...
oppressedpeoplesonlineword.ning.com