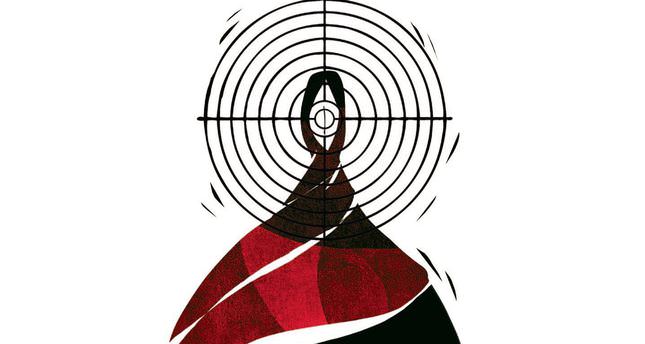 opened its doors to visitors but not without intense controversy centering on a seven-minute film, "The Rise of al-Qaeda," which uses "Islamist extremism/terrorism" and "jihadism" to generalize the problem emerging from al-Qaeda and the horrific attacks on 9/11 without making an effort to unravel these concepts for the public.

The film is part of the museum's permanent exhibition and simplistically uses terminology that may lead many to conflate Islam with terrorism without context or further education. In response to the film, a group of 400 academics argued in a petition that "the video deploys academically-controversial terminology" and urged for a review "by specialists and possible modification for the used terms," but the call thus far has been met with a flat rejection. Indeed, the petition and the scholars' efforts underway followed failed attempts by the museum's own religious advisory group, which for months called for a change in language and to avoid using inherently offensive terminology but once again without success, leading to the eventual resignation of Sheikh Mostafa Elazabawy, the only Muslim member of the advisory board. The fear among Muslim Americans, religious leaders from all faiths and Islamic Studies specialists in particular is that the September 11 Memorial Museum "will inevitably become one of the most visited and influential cultural institutions in the United States, and it is extremely important that its discourse and terminology reflect accurate information and broad scholarly and expert agreement" on it.

One key contributor to the film's framing is Debra Burlingame, who lost her brother Captain Charles F. "Chic" Burlingame III, the pilot of the American Airlines flight that was crashed by the 9/11 terrorists into the Pentagon. Ms. Burlingame engaged in Islamophobic discourse in a number of postings on Twitter after the petition's circulation and described those expressing concern about the content by stating that "if someone calls U "Islamophobe" for speaking truth, chances they are member of Muslim Brotherhood, or on Obama's Nat'l security team." The call for modification of the film's content was met with intense resistance from the same Islamophobic corners, including Frank Gaffney, Pamela Geller, Robert Spencer, Steven Emerson and Zuhdi Jasser, who never fail to miss an opportunity to express racist and essentialist views of Islam and Muslims and go the extra mile to link Obama whenever possible to the Brotherhood movement. Indeed, attacking Obama on his supposed Muslimness or linking him to the Muslim Brotherhood movement has to be called for what it is: A racist attack utilizing Islam as a sign post for discomfort and opposition to the first African-American president.

The film's framing and the insistence by Islamophobes on using "Islamic terrorism" has been around us since the early days of September 11 when then President George W. Bush faced an attack after describing Islam as "a religion of peace" and that we are not "at war with Islam." However, Bush's remarks were balanced by the administration's framing of the problem as one rooted in "Islamic Terrorism" thus satisfying a considerable segment of his right-wing base and clash of civilization warriors.

The battle was renewed on the exact terms to be used in the lead-up to the 2008 elections and the subsequent adoption, or more accurately dropping the Islamic adjective by the newly elected President Obama and a shift away from a clash of civilization rhetoric and into "winning the hearts and minds of the Muslim world" by utilizing soft power strategy and describing the war on terrorism as a common threat to all-Muslims included. The terminology used has become connected to a particular aspect of the ideological and cultural wars, which asserts that political correctness has caused America to become weak in the world.

Debating Terrorism and Problematizing Islam The film controversy and the framing of September 11 is part of a larger debate and an undercurrent in all conversations related to terrorism in the current period. A sizeable segment of American society believes the link between Islam and terrorism is well-established and an explicit connection must be made in defining the threat facing America and the west i.e. terrorism is an Islamic problem.

In the logic of this loud and well-connected segment is that it is not sufficient or accurate to oppose terrorism; rather it is Islamic/Islamist terrorism that must be fought as well as a focus on Islam as the unique and exclusive religious tradition that is inherently violent. Islam itself is the root cause of the problem since it provides the blueprint for the terrorist and no less than a complete reformation is demanded to solve the problem or, better yet, a wholesale conversion to Christianity or atheism as those on the political left demand.

Even before the events of September 11, a focus on Islam and Muslims as the existential threat facing Western civilization was already underway and a cadre of Islamophobic figures were busy constructing the case through documentaries, books, movies, policy briefs and lecture tours. The museum's short film is in keeping with this assault on Islam by constantly utilizing the "war on terrorism" as the sign-post and foil to push for an Islamophobic and racist argument conflating "terrorism" with Islam and thus no less than a total "war on Islam" can bring the problem to an end.

Furthermore, in making a constant link between terrorism and Islam, a more pernicious agenda is at work centered on the emergence of a "Terrorism Industrial Complex" peddling clash of civilization, religious bigotry and xenophobic discourses as a way to expand their wealth with an open-ended war on one-quarter of the world's population. In some areas, anti-Islam rhetoric has become a sure and easy way to ride this into six-figure income, book deals and training contracts – racism toward Muslims and Islam pays well in many countries including, unfortunately, some Muslim-majority states. In addition, the link between Islam and terrorism makes it possible for the same groups to demonize Muslim organization in Western societies as well as Muslim political parties in Muslim majority states with the intended goal of pushing them out of civil society and problematizing their democratic participation and programs.

The film at the Museum builds upon already enforced negative notions and works to consolidate the erroneously constructed homogenized view of Islam and Muslims as being the conduit of terrorism which is done through the skillful deployment of Islamic terms without any further explanation or contextualization.

The 9/11 crime committed by few individuals and claiming adherence to distorted notions of Islam ought to be differentiated from and contextualized in such a way that all Muslims are not held responsible for their actions. Collective responsibility and homogenizing Islam by inserting an adjective and a qualifier for the crime of the few is not only wrong but actually rewards the terrorist themselves by ascribing a higher purpose for them as well as make it possible for others to erroneously become entrapped in the logic of defense of Islam.

The terrorist were/are Muslims but this should not be the attribute through which the crime is defined or the interpretive lens to understand the motives and actions. In deploying Islam and connecting it to terrorism we collectively are dragged into making the general public believe that we are at war with Islam and not terrorism and anyone who uses it as a tactic across the world. The Museum in utilizing this framing partakes not in understanding the causes and remembrance of those fallen on 9/11 who lost their lives including Muslims, but for sure is helping advance a clash of civilization and implicitly accepts that the conflict is with Islam itself.

Museums play an important role in civil society from history and archeology to art and contemporary subjects documenting and preserving memory of major events and sufferings like the 9/11 project. However, at times a Museum may have a negative impact if exclusionary and narrow minded representation is the focus and in this sense it becomes part of the problem rather than attempting to understand the complexity of shared events.