Rising numbers of hate crimes against Muslim women in the UK

The brutal and humiliating assaults include having Hijabs ripped off, being urinated on or having feces rubbed in their faces 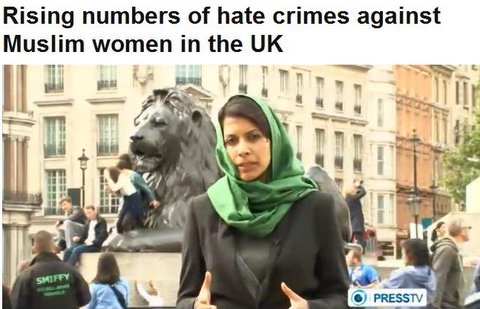 Hate crimes against Muslims in the UK are on the rise which mainly target women, according to new figures from a human rights organization.

or put through their letterboxes. Extreme political groups like the British National Party and the English Defence League are responsible for one third of the incidents, says Faith Matters. The interfaith group revealed the shocking extent of these crimes after receiving disturbing calls on a new helpline set up for victims of attacks on Muslims. The majority of callers to the Tell Mamma phone line were women and they each had worrying stories. With the approach of the Olympics, human rights groups are concerned attacks may increase further during the Games, saying trends show racist groups use such large-scale events as platforms for their activities. This edition of InFocus will expose the testimonies of hate crime victims, highlight the extent of the problem and look at what is being done to reduce the number of women subjected to attacks due to prejudice. This program will seek to find how many of these perpetrators are brought to justice, why these crimes are on the rise, and reveal the implications for the lives of the victims targeted