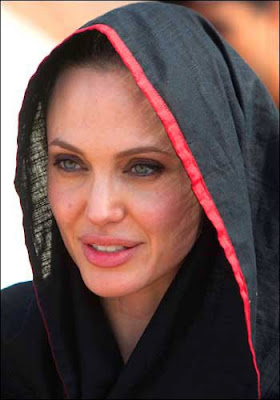 East including Iraq in the early 20th century, the Hollywood Reporter said Friday.

The Oscar-winning actress is attached to play Gertrude Bell, described as the female Lawrence of Arabia for her pioneering work in establishing the framework for what would become Jordan and Iraq.

The project is still in development by British director Ridley Scott's Scott Free Productions, said the Reporter, noting that Jolie has a history of playing strong female characters.

Bell was passionate about archeology and languages, spoke several languages including Arabic and Persian, and wrote about her extensive travels in a number of books, including "Persian Pictures," and "Syria: The Desert and the Sown."

During World War I, Bell, who won widespread admiration among Arabs, worked as a British spy and helped to dismantle the Ottoman Empire and to found Iraq, said the report.

The project's screenplay is being written by Jeffrey Caine, who wrote the script for 2005's "The Constant Gardner," it said.

There was no immediate reply from Scott Free Productions about the report.