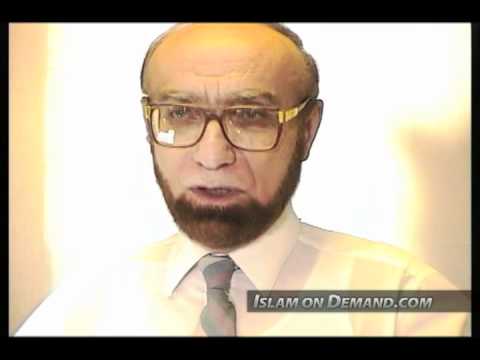 "Indeed, we belong to God and we ultimately return to him."
The American Muslim community lost a pioneer today.  Dr. Ahmad Sakr returned to his Lord after a distinguished career in education, and service to the Muslim community.  Dr. Sakr, along with a handful of other leaders, educated an entire generation of Muslims from the late 1960s to the 1980s.  He was a tireless worker whose sole focus was to reinvigorate the nascent Muslim community of the United States with understanding and practicing Islam.
Gifted with a charming and charismatic personality and an energetic dispossession, he was devoted to the Muslim community regardless of fame or position.  He wrote books and provided instruction not to accumulate wealth or fame, but to help guide the Muslim community reclaim its religious and spiritual dimension.
Immigrant communities to the United States from South Asia and the Middle East often came initially as graduate students in the 1960s, and then as working families in the 1970s and 1980s. Their education and vocation provided the wealth required to live a typical middle class lifestyle, and fulfill the American dream.   However, they often lacked any coherent education or instruction of Islam.  This is where Dr. Sakr filled a void.  With his typical trademark Lebanese accent and histrionics, Dr. Sakr was a first rate preacher, teacher and prolific author.  He wrote dozens of books on every religious topic imaginable from how to give a khutbah to Islamic dietary laws, to the etiquettes of marriage, to the asma al-husna.  His khutub or sermons were well attended and always edifying.  Muslim children and parents who grew up in the 70s and 80s witnessed and experienced his lectures during Sunday school, Friday Prayers, and Eid.
Of course, let's not forget his impassioned pleas for funds to build or expand masajid and Islamic schools.  During those early years, when the Muslim community needed someone to raise funds for the purchase of a mosque or a school, it turned to Dr. Sakr who never failed to disappoint or raise those hard-earned funds.
Dr. Sakr also served as the head of or on the board of many Islamic institutions including the Muslim Student's Association, Islamic Society of North America, IFANCA, the American Islamic College in Chicago, the Muslim World League, and was a founding member of NAIT.
Any study or documentary of the lived experience of American Muslims would be sorely lacking and inconclusive without the contribution of Dr. Ahmed Sakr.
We ask Allah, the most Compassionate and Merciful, to give His Mercy and Blessings to Dr. Ahmad Sakr and to award him the highest stages of Jannah, and to give patience to his family and community.